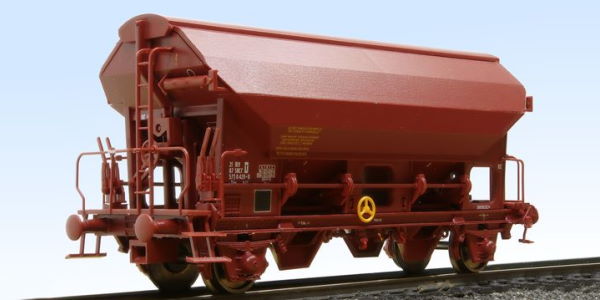 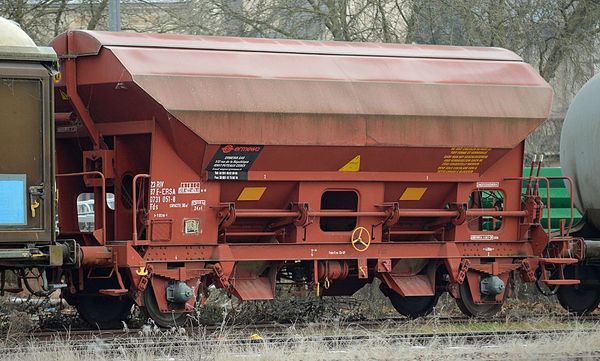 Made in Vietnam. Correct appearance. Parts are to be mounted: railings, chutes. The roof is opening. There is a sort of black loading inside, with a large round hole in the middle, which will have to be hidden.

As for Eds, the wheels rub on the bridges supporting brake blocks and impede running.

These wagons seem to have been built in France by ANF Frangeco and Arbel from 1971 for the GDR, later re-registered in France. But were they French in 1978? We can doubt it. French wagons almost always have a semi-trapezoidal opening in the hopper central support (as on the Eds Roco). 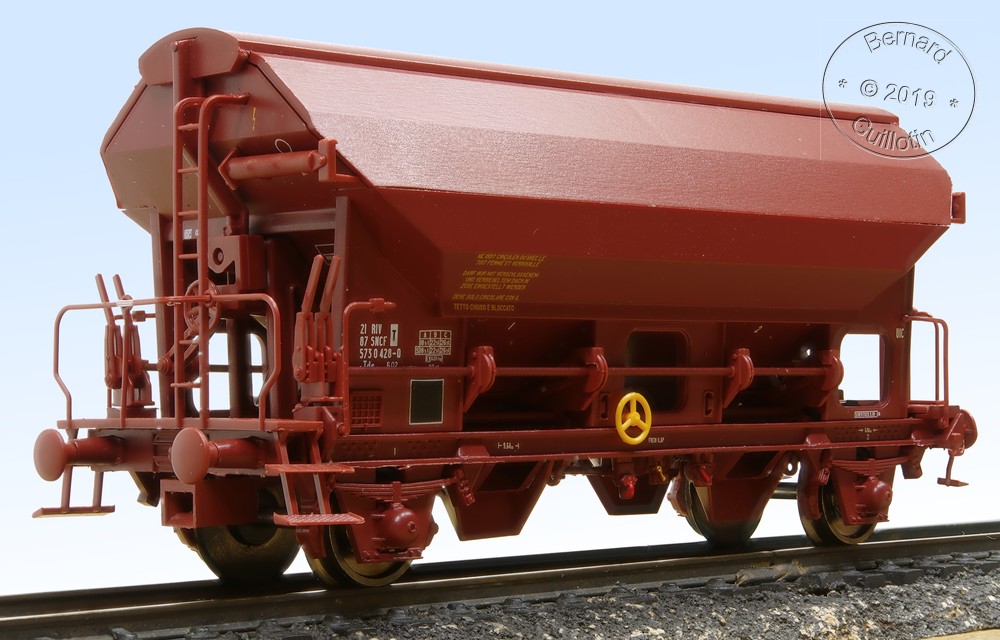 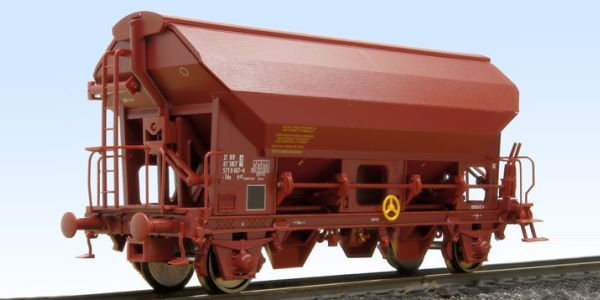 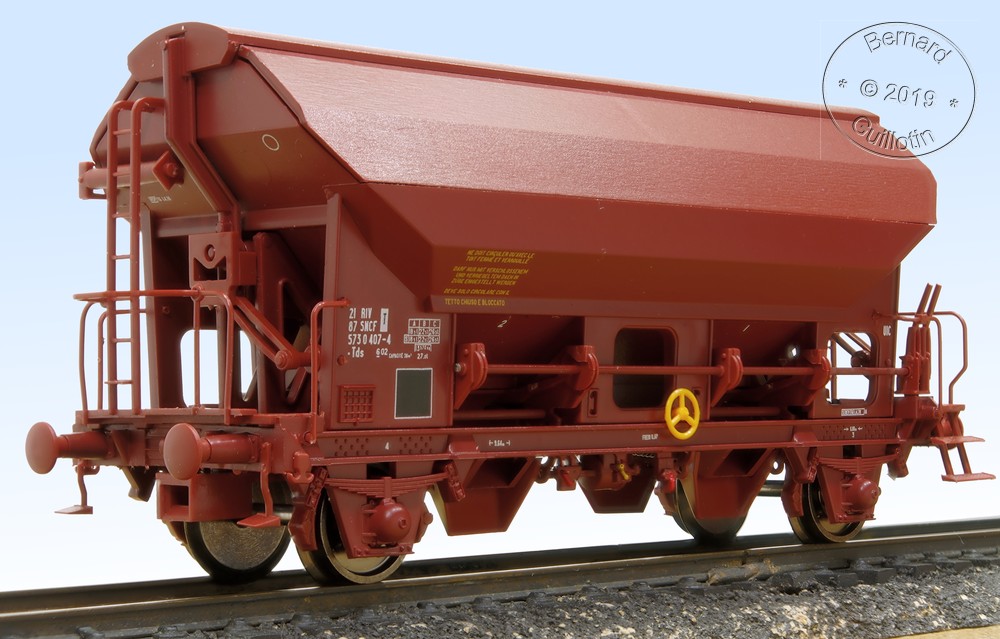