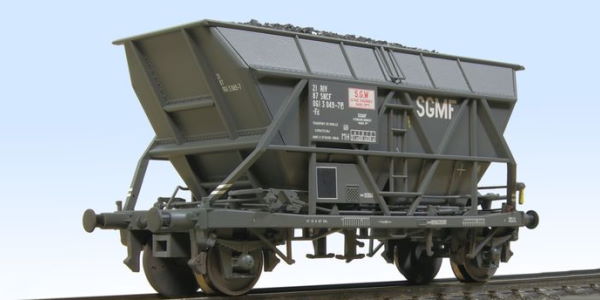 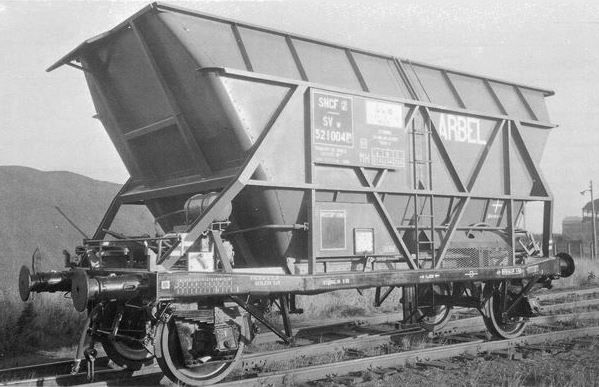 Good respect of scale, except the wheels too large, but it doesn’t show too much, and they will be changed.

Attention: when removing the wheels, to paint for example, the drawbar supports dislocate very easily. Besides, one of them was dislocated on delivery.

The interior, hidden by the load, is not represented. It will not be possible to show an empty train.

A reinforcing angle at each end top, visible on almost all photos, is missing.

For the “single” wagon, you should remove the large air tank mounted on the wagon (this is the tank for the hopper coupling, provided for two brake cylinders) and replace it with a small tank mounted above the distributor supporting frame.

With a capacity of 38 m3 and 30 t of coal, these wagons were built from 1955 to 1959 in 1,700 units from Arbel plans. They are called “EF 30”. Central unloading by automatically opening and closing the trap doors, which implies a special installation preventing mixing with other wagon types. Source : ajtrainsim.free.fr

The first EF30 wagons (30-tonne coal wagon for EDF plants) were released in 1955 (ARBEL plans and design, but various manufacturers). They were then supplemented by EF60 couplings (60-tonne), two permanently coupled EF30 wagons, very simplified buffers, and a braking system common to both wagons. In the 1980s, single wagons were converted into couplings, generally keeping the buffers, but with modification of the brake components (as for “real” couplings.) These wagons are normally painted in light grey (with a slight bluish nuance), but they are quickly damaged by the intensive exploitation in coal transport and constitute a beautiful field of investigation for the addicts of the realistic weathering.

For a discussion on the wheel diameter, see EDF coupling 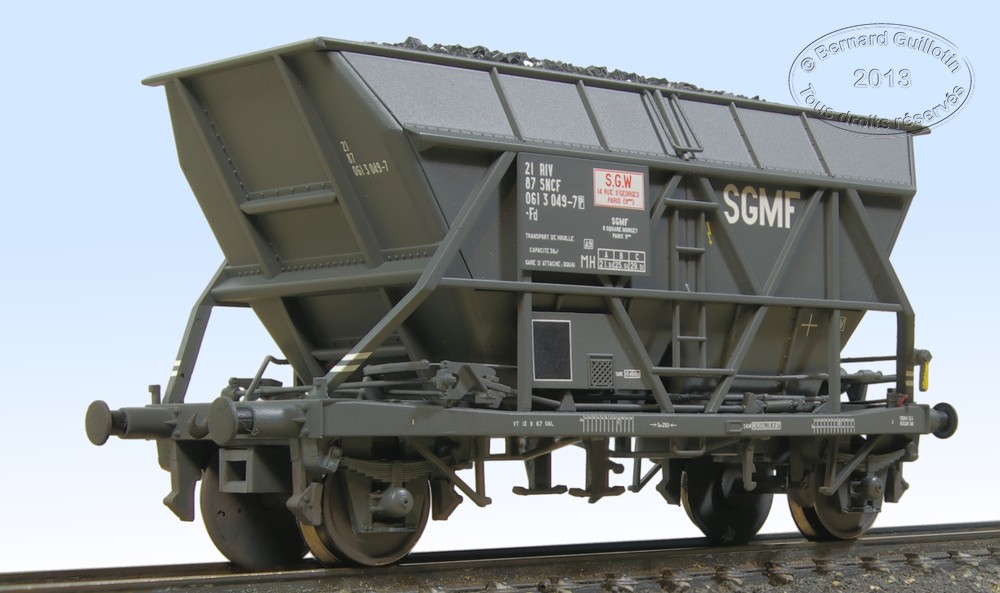