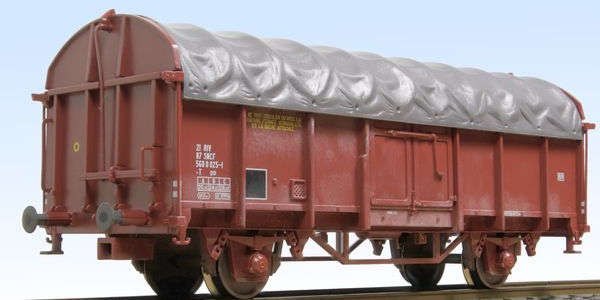 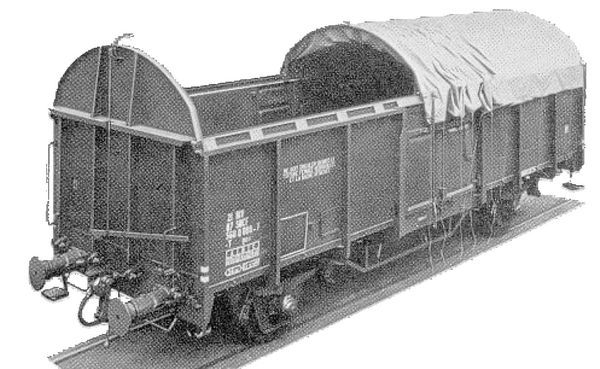 The tarpaulin really looks plastic. Stowage points are provided, but not, of course, the “garcettes” (fixing ropes). However, these attachment points are in wrong number. There are twelve per face instead of ten in reality and there are nine arches that show through the tarpaulin instead of eleven, not counting the ends. On the other hand, the number of fixing points at the bottom of the body, eight, is correct. The tarpaulin is clipped at the top, at the end. Handles, manoeuvre bars and towing hooks are inserted, but no underframe parts are.

The axle supports are mounted free, but almost without clearance.

Axles 23.8 mm long, however without clearance, rating that’s not usual at Roco. Another Klein by-out? Wheels ø 11. But the narrowness between the guard plates and the very close position of the brake blocks will not make me want to mount ø 11.4 wheels.

Wagons resulting from the conversion in 1973/74 of standard UIC 2-type open wagons (one door per side).

During the years 1973 and 1974, the SNCF Workshops of Montigny lès Metz transformed 300 UIC/ORE 2-type open wagons (with one door per side) by equipping them with a mechanically closing “Debach’vit” system tarpaulin. [...] 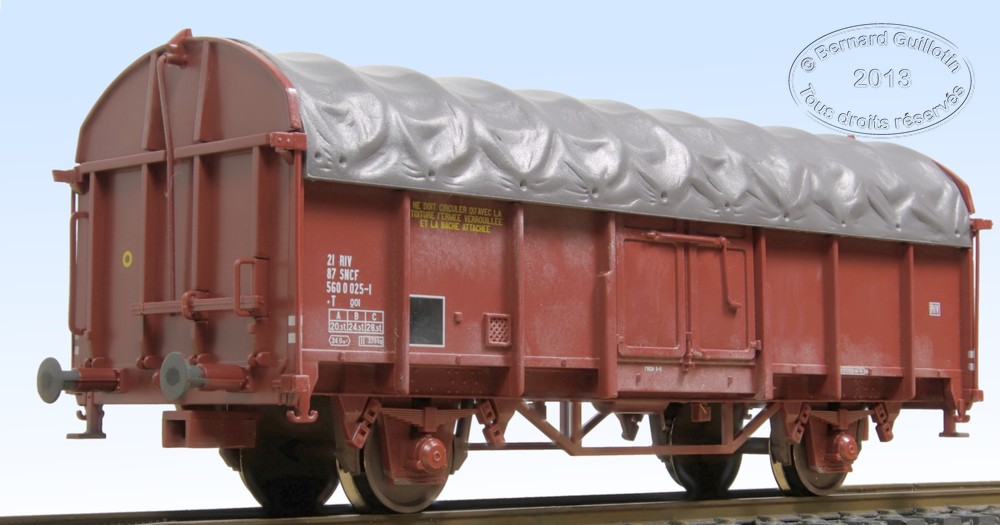