Finely engraved wagons. The inside of the edges are engraved (handles, separations, although the latter are not very visible). The first wagon is fitted with moulded Y25 bogies, the second with welded Y25s. The floor is painted in red ochre.

On each example, the brake wheel support is broken on the side visible in the box, and this is due to the packaging pressing on it.

The markings are fine and well applied. Only the label holder, which is simply pad printed in silver, can be criticised.

The bogies don’t fit well on one wagon: the pivot clips are deformed. One axle doesn’t fit either because of the bogie sidewall which is attached crookedly. Just loosen the screw and correct the position. The wheels are very shiny; they have an insufficient 10.1 diameter and correct 0.8 mm flanges. The wheel back-to-back distance is 14.3, also insufficient (NEM 14.5 ± 0.1 mm). The axle length is 25 mm.

HJ’s speciality on its freight wagons: the four-point suspension! Each bogie has two bosses; there is no possibility of following any track warps.

Some end steps are not glued and fall off easily, others are too glued and… crooked. These parts, as well as the stanchions and bogies, are not painted, which is regrettable.

Two articulated screw couplers are included in a bag.

The load of the wagon item no. HJ6192, is made of resin and weighs 75 grams. The coils are not hollow. On the other hand, this type of loading is most often done in two layers, I suppose to reach the best payload. See Patrick Sambourg’s photo.

The wagons represented by HJ are of a different subseries to the wagon produced by Jouef in the 1970s. The underframe reinforcement is solid and no longer perforated. In addition, the arrangement of the stanchions is different. See comparative photo (the old wagon has been improved). 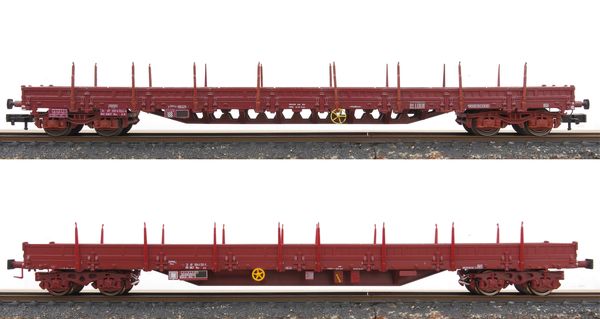 The trouble is that I haven’t found any photos that show the configuration of the Jouef wagon, on details such as the shape of the hinges (1) and corrugations (3) of the edges, or the position of the towing hooks (2). Following the discussions on the Loco-Revue forum, it is almost certain that the model does not represent a French wagon. Pity. 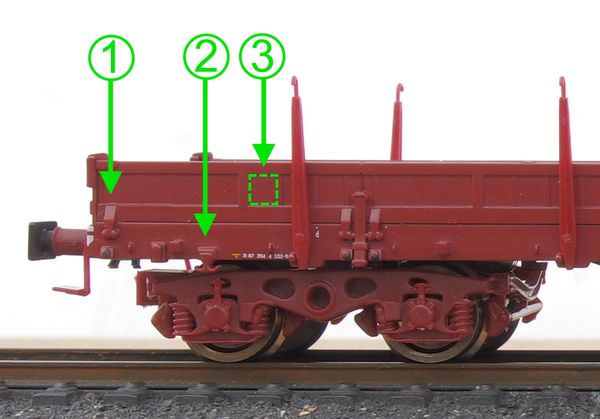 The 2nd subseries that Jouef claims to represent: solid web beam chassis, eight side walls per side instead of nine, closer central stanchions, was built from 1970 to 1973 by ANF Frangeco, Franco-Belge and other manufacturers. 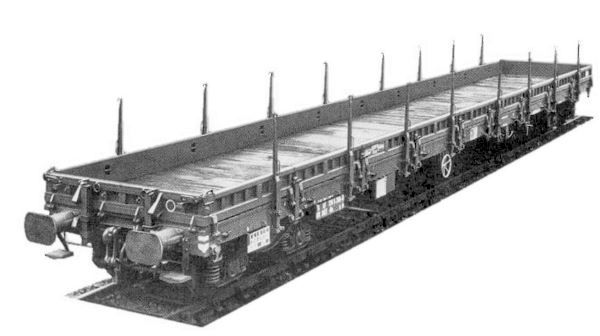