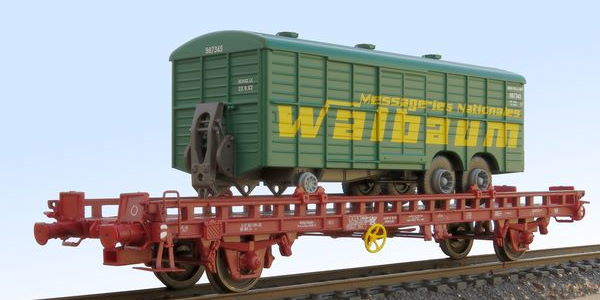 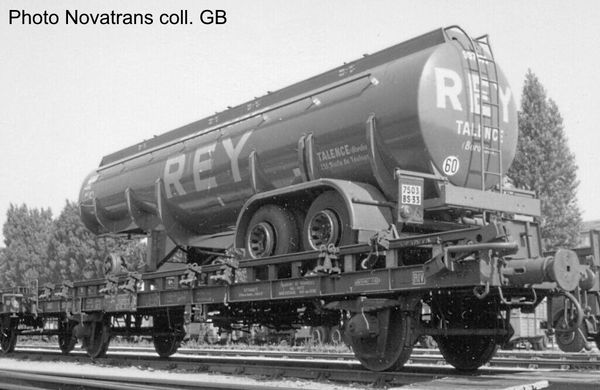 The wagon comes in a soft cardboard box containing two thermoformed shells, one for the wagon itself and one for the UFR trailer.

The wagon is quite heavy: its chassis is metal. The footsteps and handrails are made of metal. Some attachments are poorly mounted: label holder, brake wheel. The gangways don’t hold in the vertical position.

The 0.8 mm flanged wheels are burnished (this burnishing requires a serious wiping of the carbonaceous surface layer). The back-to-back distance of the wheels is a problem: it is only 13.8 mm on average instead of 14.5 ± 0.1 according to NEM! In fact, the insulated wheels are incorrectly positioned; it’s therefore quite easy, with a Puller, to align them correctly. But this is very strange, because, unlike the most manufacturers’ axles, the REE’s have shoulders that should automatically give the correct gauge.

This wagon therefore gives the impression of being less well finished than its mono-carrier predecessors. This impression is also felt for the semi-trailer whose drawbar, supposedly functional, cannot be unfolded: it jams somewhere… The trailers of the first series did not have this problem. All this is not very serious, but, considering the price of the set, one has the right to be demanding.

See the Loco-Revue Forum. The bi-carriers are announced on this page. 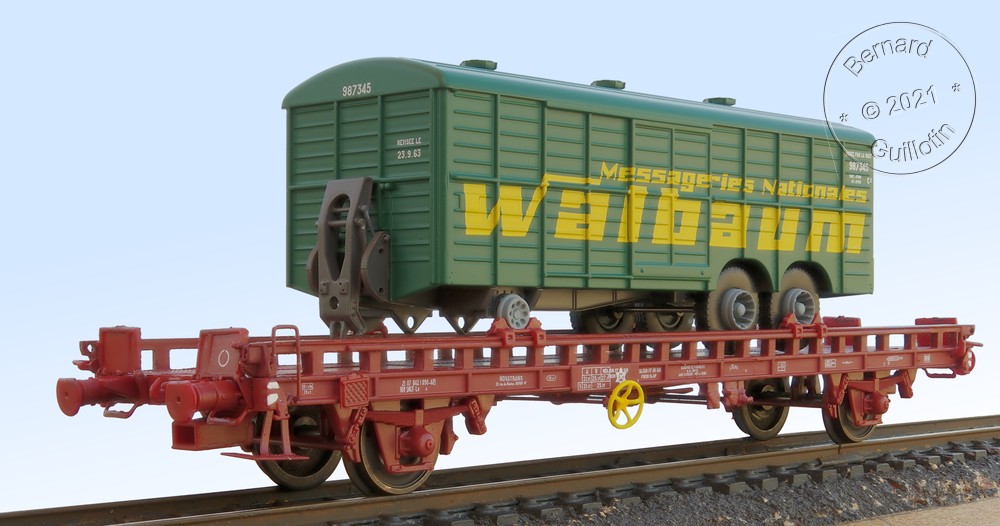 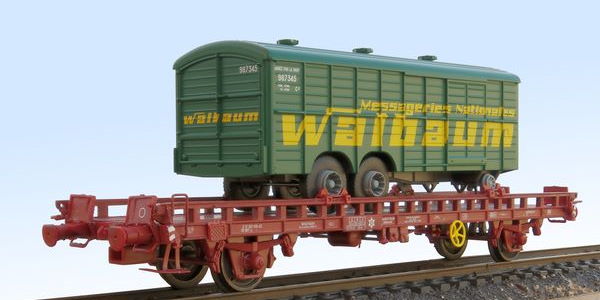 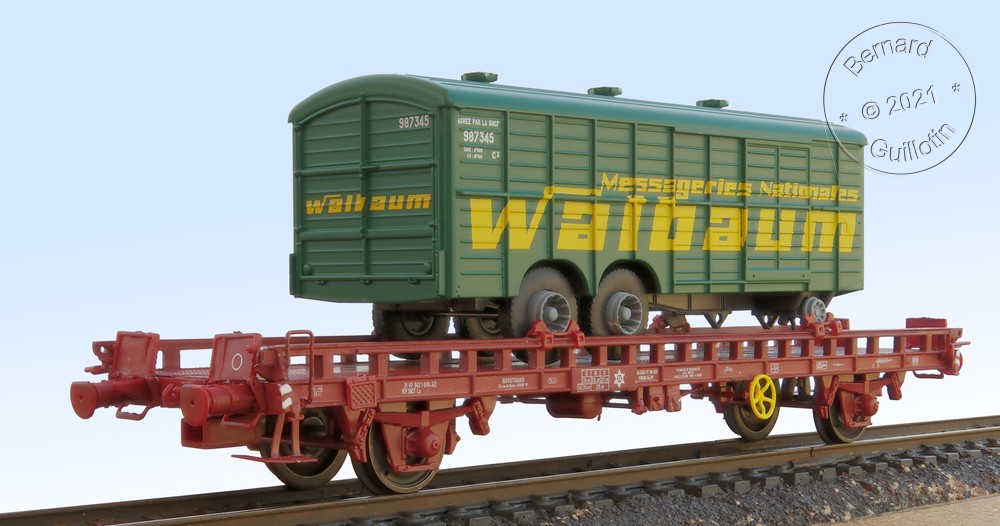