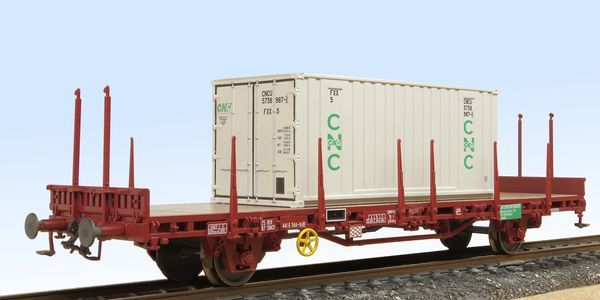 Registration of the 20 ft container

Era IVb. Received with metal deck/ballast dislocated. A relatively clear notice sheet shows the mounting of the inserts and in particular the marking plates. The trouble is that these plates’ location don’t match the photos’, on which we can besides note some variants.

The registration code 25 seems curious to me. It was normally 21. The Roco wagon number doesn’t correspond to any series given by Pierre Barbe (see History).

Like its prototype, this wagon was derived from the Roco’s K5, but with approximations: it lacks in particular the container guides. Here is a photo of Pierre Barbe showing the details of these guides. There are also Germanic details on this wagon supposed to be French. 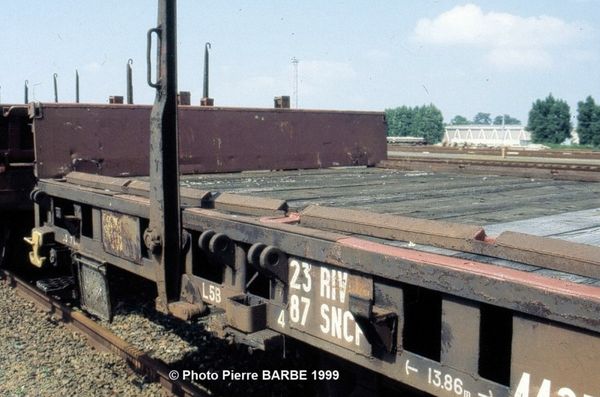 The axle holders, a little deformed, tighten the axles; running is not very good.

These wagons are the result of the modification, in the second half of the 1970s, of 3,000 standard UIC K5 type flat wagons: the side walls are removed, and container guide rails are fixed. They are leased to the Compagnie nouvelle de cadres (CNC) and Intercontainer, a company created in 1967 under the auspices of UIC.

In the late 1970s, the SNCF decided to take 3,000 units from its (overstated) fleet of K5 wagons (future K50) and to adapt them to container transport. All equipped with a screw brake operable from the ground, these wagons will leave SNCF workshops in 1979-1980. Like the wagons on which they were based, their overall length is 13.86 m and the wheelbase is 8.00 m.

They are numbered in 2 separate series:

The first series was allowed to run on SNCF lines with a maximum load of 20 t at 120 km/h. 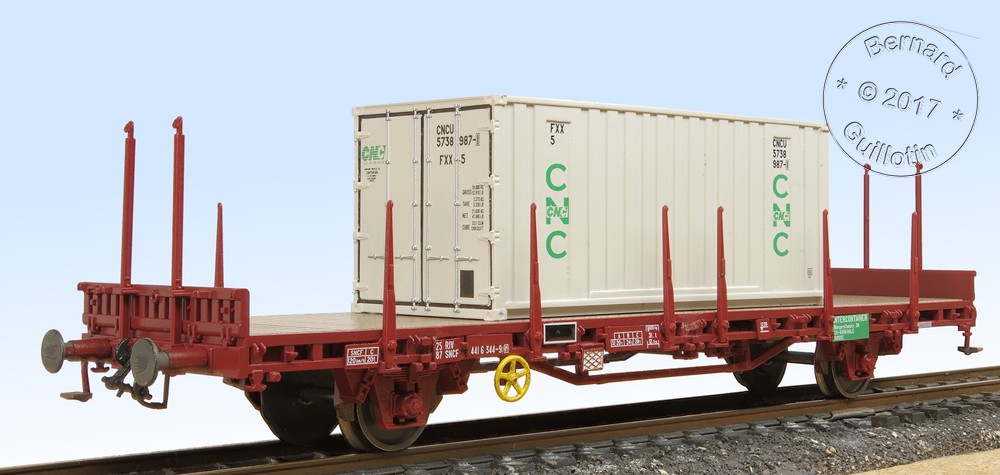