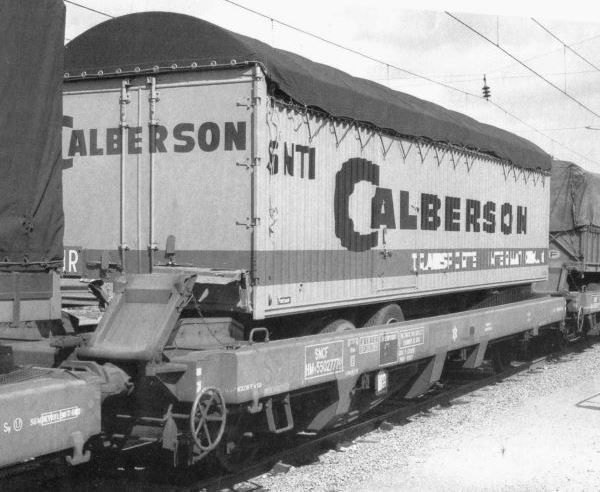 Arrived with drawbridges at the bottom of the box, but put back in place without difficulty. The trailer is not easily placed into the wagon’s “fifth wheel” (removable part), which had to be enlarged.

The drawbars are NEM 363 dovetail. Suitable Profi Fleischmann coupling heads are available under the reference 6570. At the time of writing, they are in stock from €1.65 to €2.00. No brass bearings.

The drawbridge is movable, but not connected to the operating lever. The holding in position is provided by a complex double articulation system. Don’t force during the manoeuvre!

The wagon with IBM trailer bears the inscription: Able to run at the speed of 100 km/h between Paris and Rotterdam.

For trailers, a landing gear with elongated legs is provided as a spare part for parking.

For Yellow trailer “Renault Parts”: the twin wheel spacers seem too wide to me.

Anonymous blue trailer: registration plates in raised position, not articulated, are clipped at the back, for the transport. Other plates in road position are in the bag of parts. Problem: this trailer has very big tyres (ø 12.5), which makes it slope down in a way that I find excessive in the wagon: see photo, above. With “massive” plastic Wiking wheels machined at ø 11.4 (photo below), it becomes more acceptable. 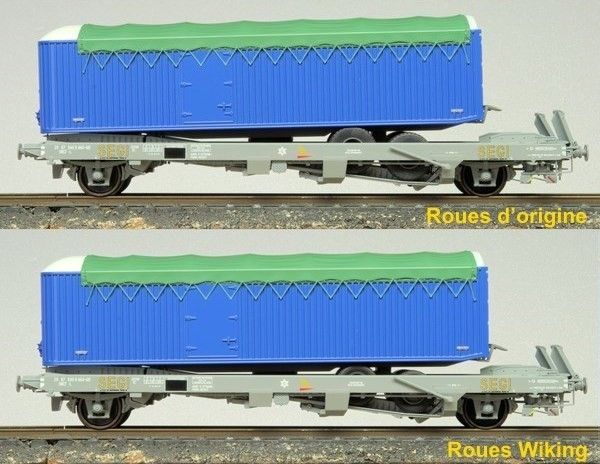 Note: on the REE website’s drawings (why do they never provide photos?), two-axle semi-trailers have their wheels always horizontal, and those front get through the drawbridge… Careful computer editing…

Wagons specializing in the transport of “almost” standard semi-trailers, unlike UFR trailers. To fit the loading gauge, the trailer wheels are placed in a movable pocket which can be raised for the circulation from a wagon to another. Wagon loading requires special ramp and tractor.

These wagons ran in complete trains “Poids-Lourd Express” — Lorry Express, with an Est metallized coach (called Romilly), equipped with berths, for the lorry drivers who accompanied their tractor.

Note: the Renault logo on the yellow semi-trailer dates from 1972. The previous one was from 1959. 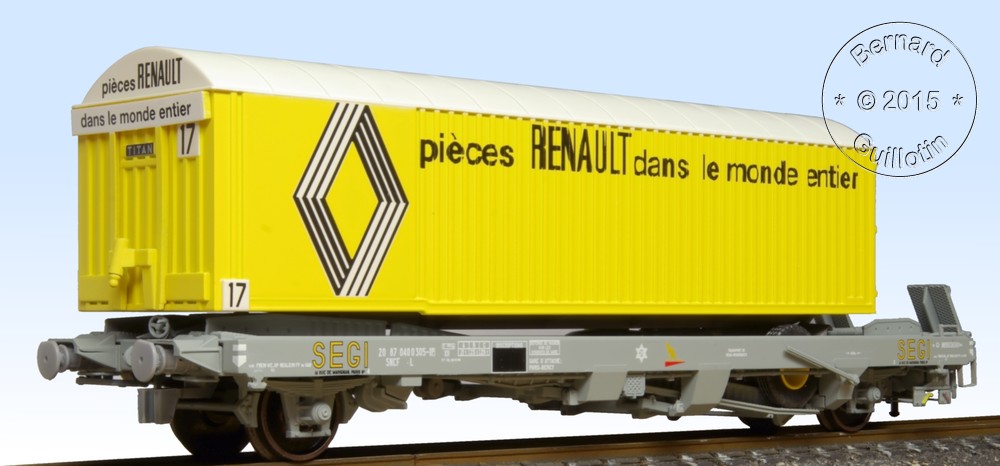 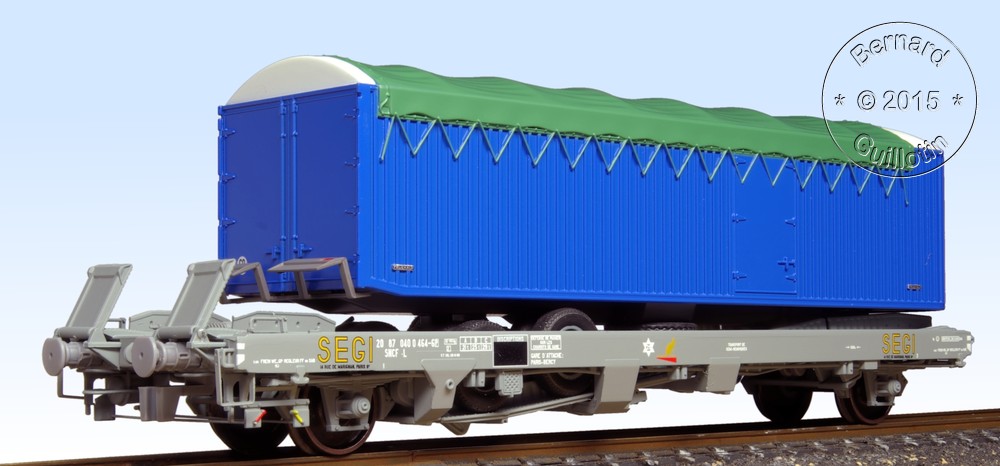 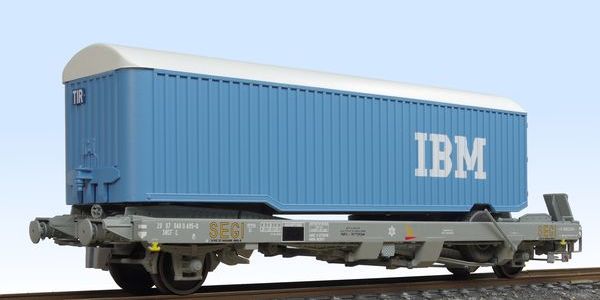