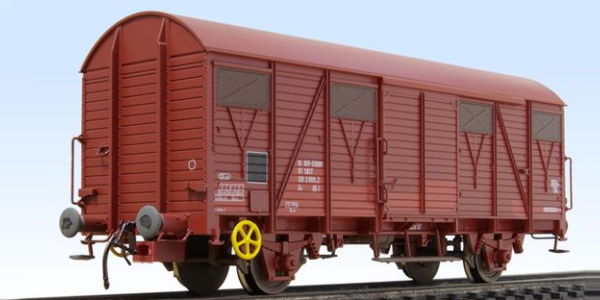 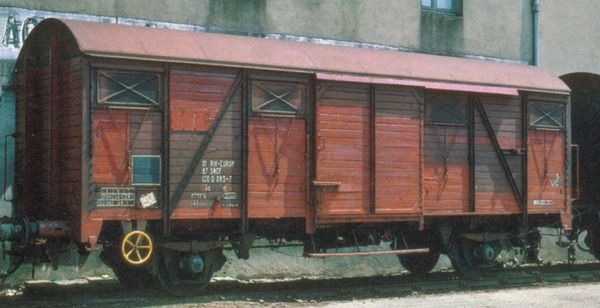 Globally, very good Jouef, or Electrotren instead! It can be seen in the brake half-coupling that dangles instead of being hung on its support!

(1) Ugly enough wheels for the HJ6100 (look like the old Jouef!), flanges 1.3 mm high. The handles, handrails, brake handles, and brake lever connecting rods are metallic and very thin; towing hooks and brake equipment are inserted. Spare steps are provided only for HJ6100.

(1) Bad surprise: these two wagons refuse to couple (drawbars too short) and the buffers can get caught on other wagons! In fact, according to the table of dimensions, the buffers are 7.5 mm long instead of 7.1. Two possible remedies: lengthen the drawbar a little (spacers of 0.5 mm should suffice), or shorten the buffers, whose rod, fitted on the body, is more or less firmly glued.

(2) Nickel plated wheels always too showy. The ventilation grilles, apparent, are very thin and slatted. The diamond meshes are photo-etched, as well as the inserted label holders.

(2) A nice little attention: the standard couplings are mounted in their boxes, but not snapped, which makes them much easier to remove and replace them, and therefore with less risk for the steps, for example…

(2) A little unlikeable cheating: in the advertisements, the shutters were in a different colour from that of the body. This is not the case for the models provided.

(2) The end steps are quite fragile: one was already broken when taking it off the box. The central steps, on the other hand, are of flexible material, less fragile, but tend to escape. To glue on! 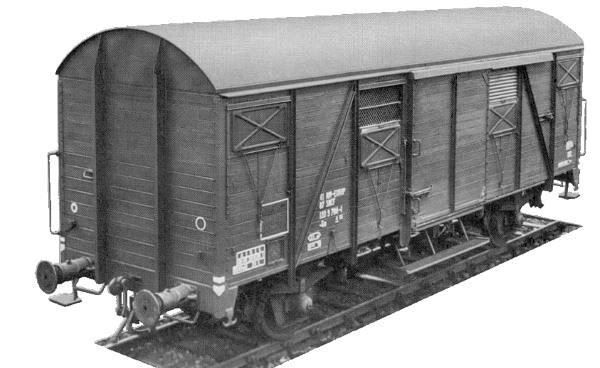 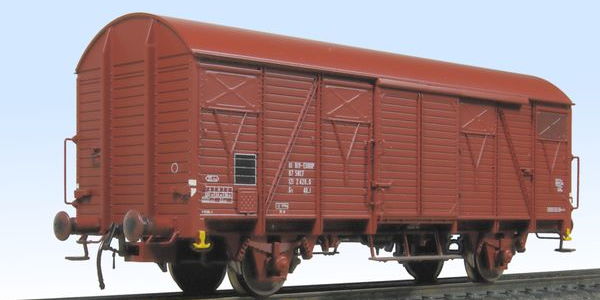 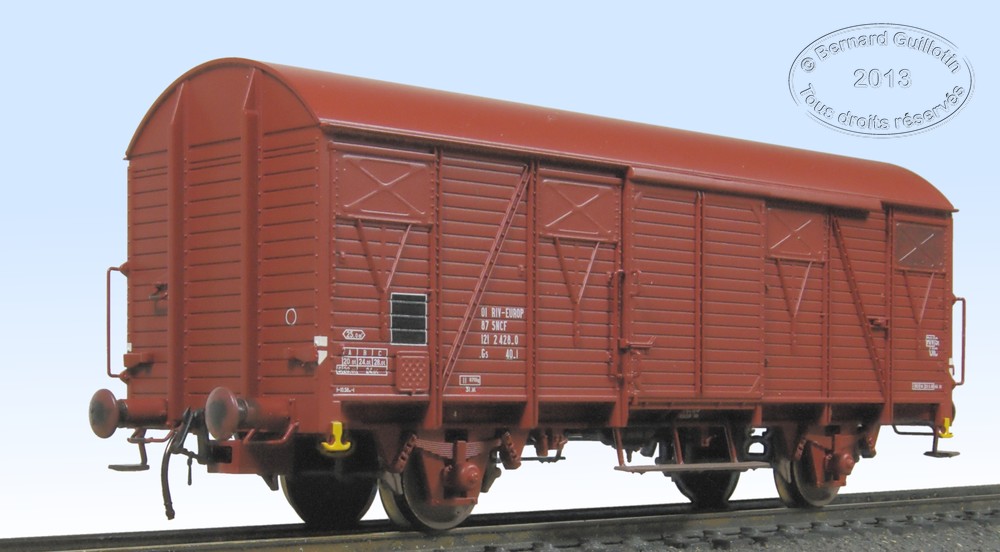 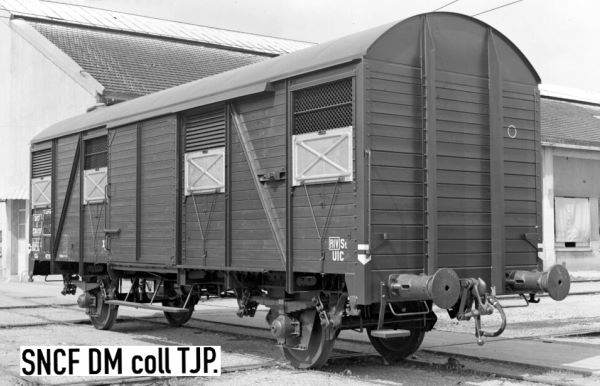 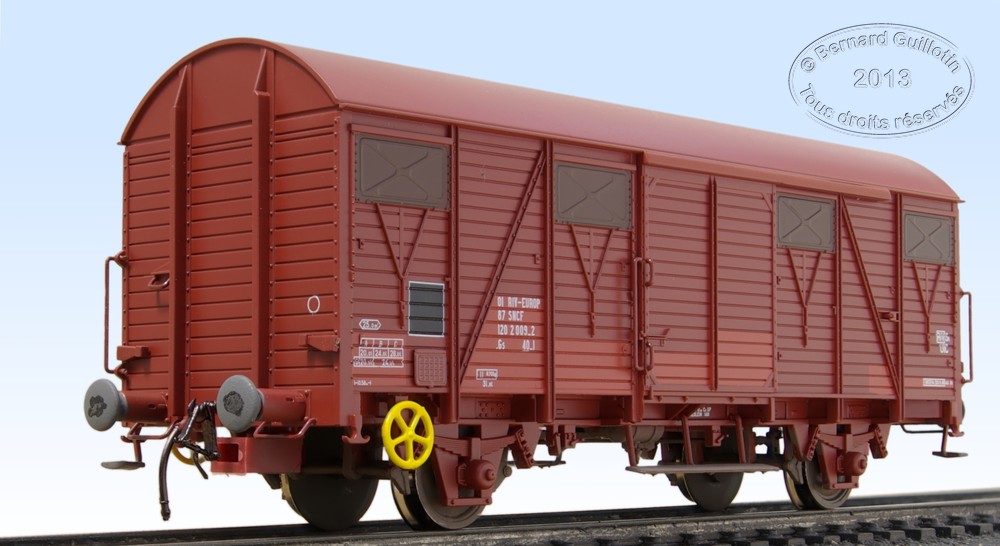