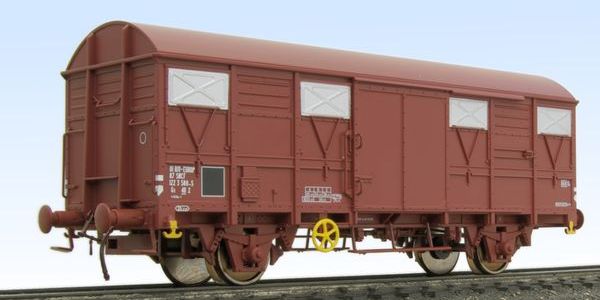 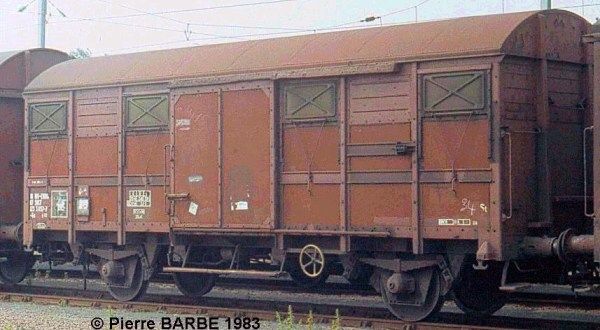 Very detailed: all railings and brake linkages are inserted. The end steps are in photo-etched metal, and there are even rivets fixing the steps on their supports. Only the buffer handles are missing.

The ref. 1821 correspond to the very beginning of the UIC numbering, where the number is in a frame. Moreover, it shows its former commercial designation K4 in the inscription frame, which will become G4.

The ref. 1817 was bought four years later at the same price: it is exceptional at a time when the prices have undergone a runaway inflation, sometimes up to 50% in two years!

See the Loco-Revue Forum on the G4 (many photos). 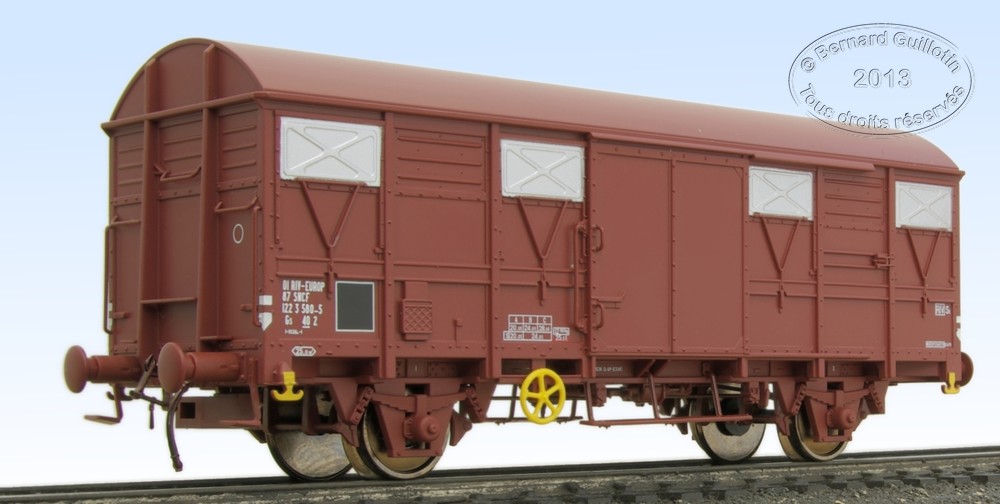 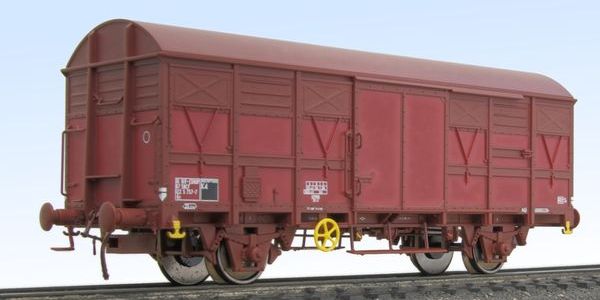 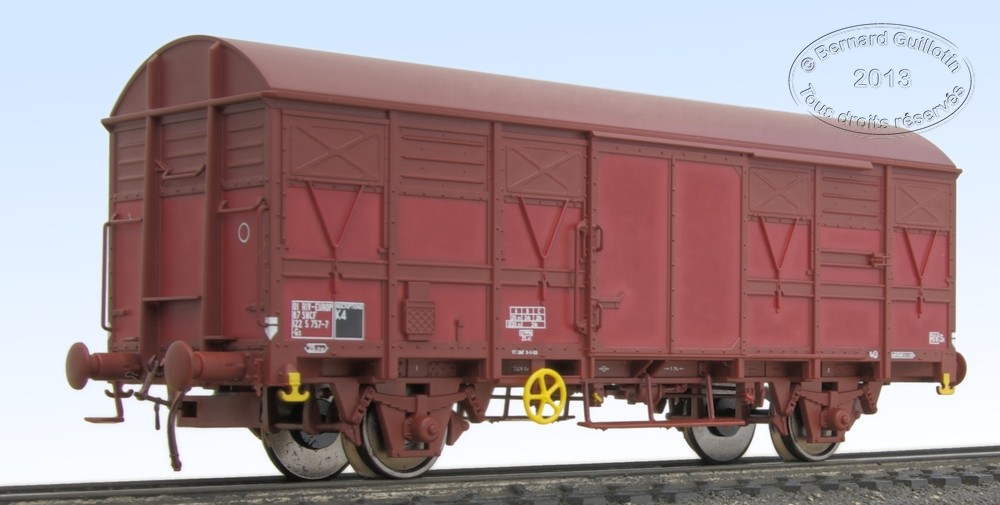 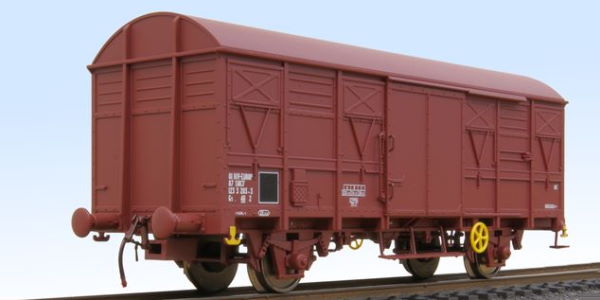 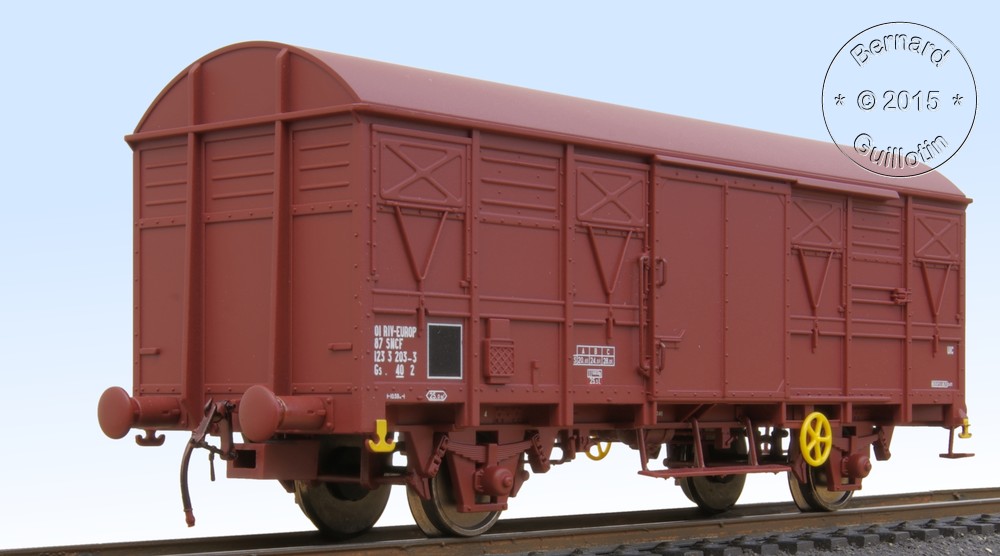