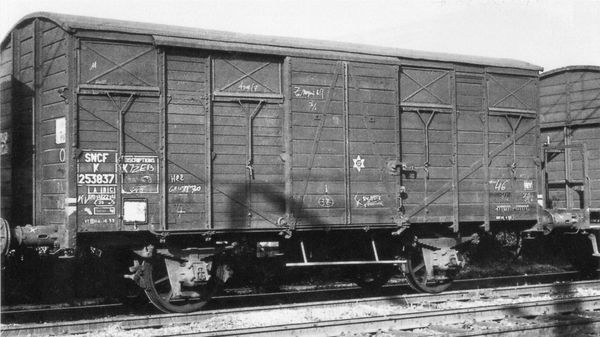 Fine engraving: that of planks is finer than at LS Models. Shutters and operating rods inserted. Spring buffers.

Six of the eight shutter rods are broken, and there is no evidence of their presence in the original box. This may be the cause of the sale price? But this fact was not reported on the site of the (professional) seller.

Width and height are a little too big.

I have a doubt about the “s” marking of this wagon, because I do not think that such cars have been admitted to the accelerated regime (RA). Moreover, the Loco-Review sheet quoted below gives the Gm and not Gms marking.

The UIC marking is far from being applied to the whole series, because many have been withdrawn in the meantime.