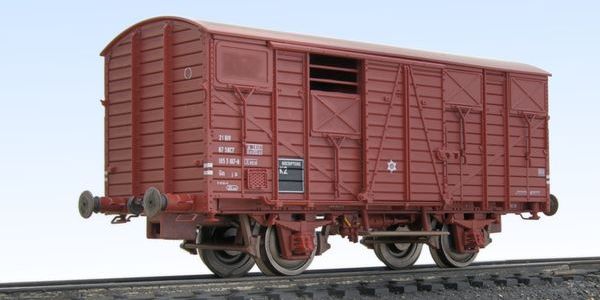 Shutter operating bars and door latches are inserted. The buffer height is correct.

The engraving of the wood planks is a little too much strong. The wheels don’t have the right diameter (11.5 instead of 12.1 for 1050). The buffers are too long, hence the total length a little exaggerated (but the chassis length is correct).

The axles could have been equipped with spoke wheels (the metallic guard plates prevent the disassembly and thus the replacement of the axles).

The shutters are glued, but I succeeded in taking one off on the wagon No. 0891, and there is a grid behind! This means that you can have the shutters open or closed at will! The doors can also be taken off, but there is no opening behind… 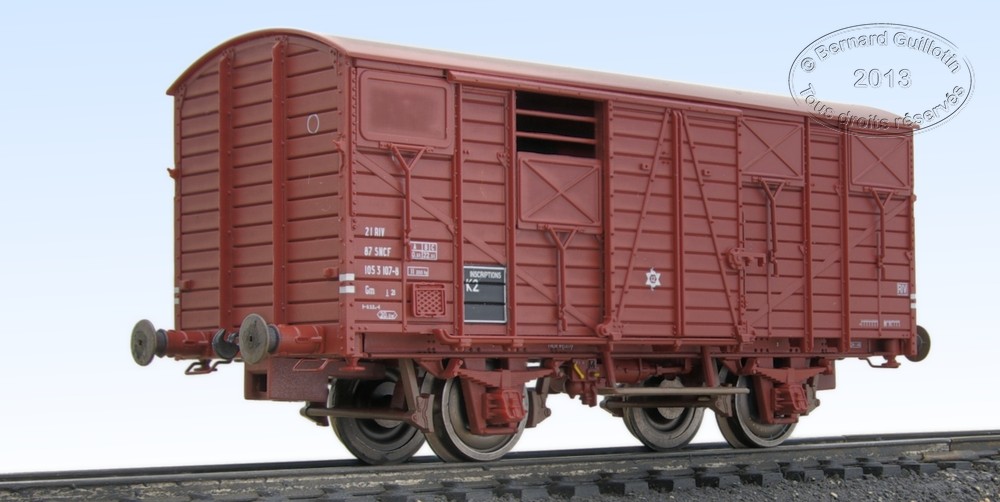