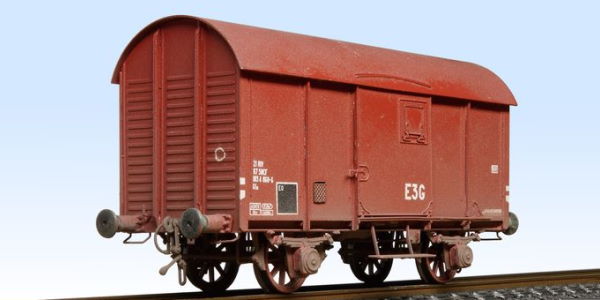 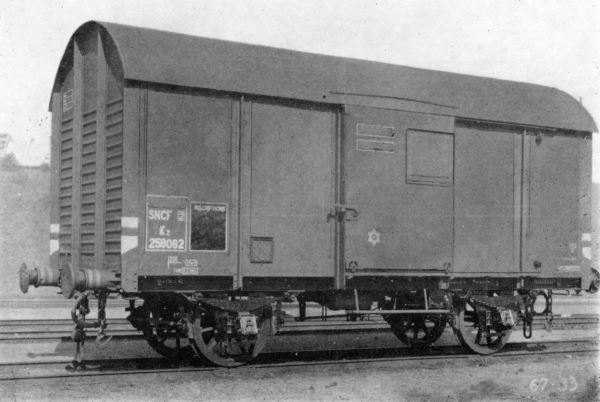 The assembly is not very difficult provided you know the soldering techniques, and es­pecially you find at each step how to hold the parts properly. In general, the parts fit together perfectly without the need for ad­justment, except for the chassis side beams and side upright tenons a little too long.

The manual is not designed for beginners: many steps are skipped; the indicated opera­tion order is sometimes questionable. It would be good that the parts are numbered, either directly on the etched plate (there is space enough), or on a drawing reproducing this plate.

The disadvantage, as with any photo-etched kit, is that all parts are flat. It is advantageous to replace some by round section parts: brake linkage and spring, buffer handles, coupling shackles for example.

The wheels, made of a plastic spoked hub and a metal tyre, are beautiful, but require gluing the tyres which otherwise tend to get out.

The supplied axle boxes are Nord Isothermos, whereas, according to the Loco-Revue sheet, these wagons were equipped with unified boxes, as in the photo opposite. But the manufacturer says he has photos of wagons equipped with Isothermos. If this is the case, we can think that these units were the first to be withdrawn, and therefore did not know the UIC marking.

The dimensions are almost all curiously re­duced from 1.2 to 1.8 mm.

See the article Construction of the AMF 87 Nord covered wagon.

Probably only few of these wagons received the UIC numbering, since they were all re­moved from the commercial fleet end of 1968. 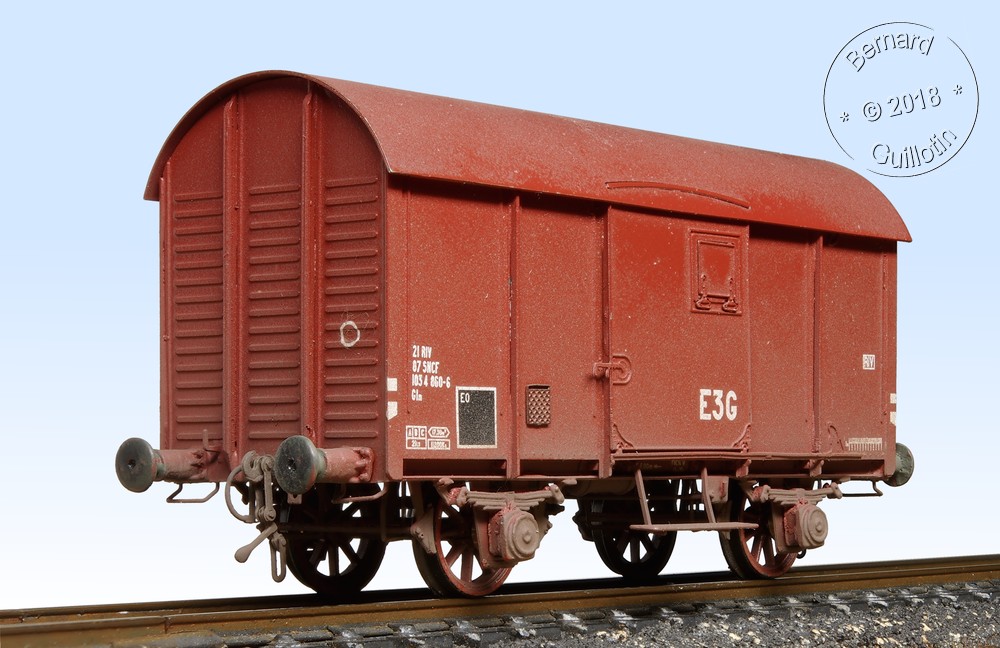