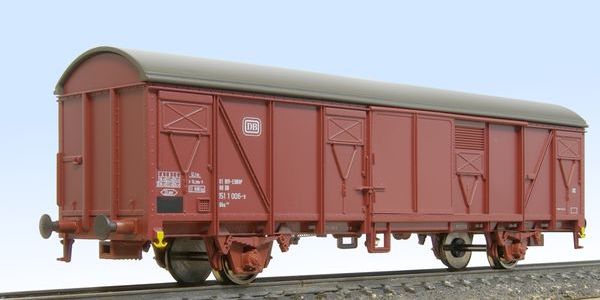 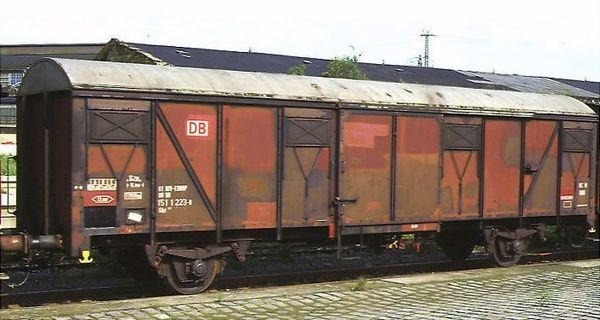 Model to build. Sliding doors. That said, no inserts, neither handrails, nor door handles. No buffer handles, no fitting of the buffer beam. Rachitic corner steps. In short, hardly worths its price, even if it were sold built.

Note from de.wikipedia.org translated by Google, with an attempted improvement:

Around 1960, the UIC standardized a high capacity covered wagon, which gave at the DB the Glmms 61 (Gbs 254) [...] In 1966, appears the Gbs 252 whose only external difference compared to the Glmms 61 is the lack of reinforcements (which? Probably those of the chassis).

Note: according to Ferrovissime No. 38 of May 2011, SNCF bought only one unified UIC type 1 prototype at De Dietrich, compared to more than 10,000 built or rebuilt in Germany). They preferred a wagon of their own design, the Gbs 7.23, mostly assigned to Sernam. 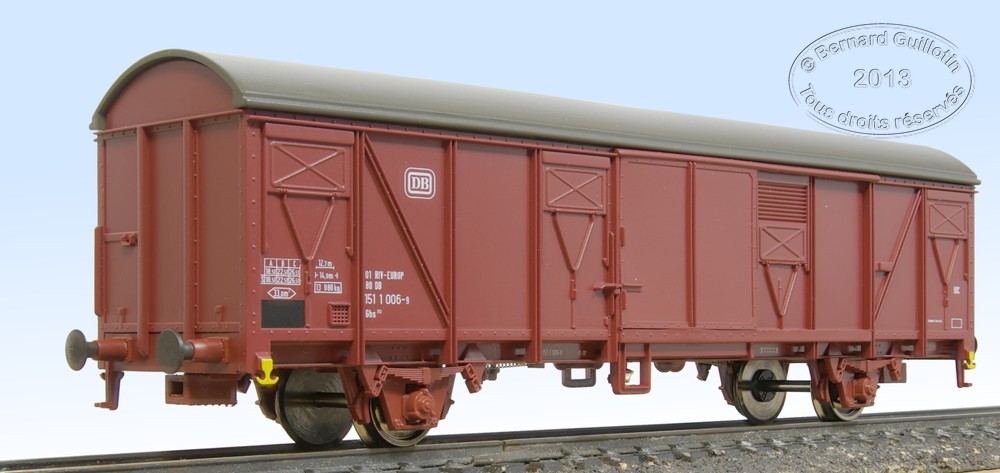