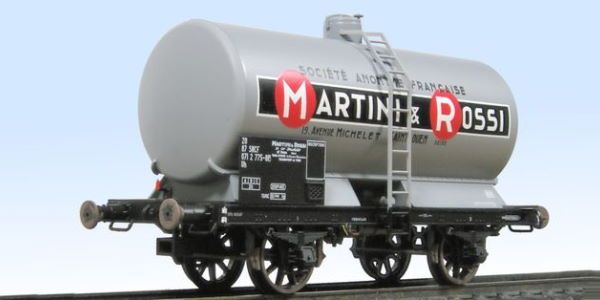 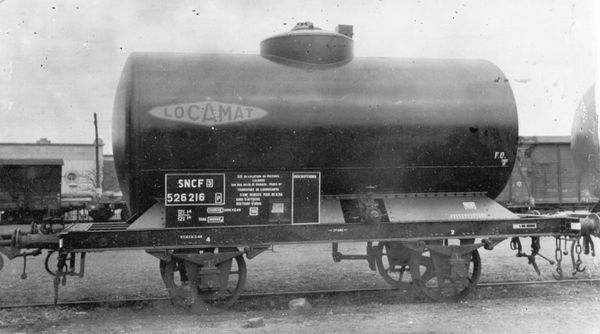 Very fine ø 12 spoke wheels. 0.8 mm flanges. Not much to say, except that the price is higher than for OCEM 29 wagons, while there are fewer details to reproduce (ladders, guardrails).

Wagons built according to the plans of the Office Central d’Études de Matériel de chemin de fer (OCEM) (Central Office for Railway Stock Studies) from 1919, on a 3.75 m wheelbase chassis, to facilitate turning the wagons on small turntables very numerous at that time, to the detriment of rolling stability. For the wagons manufactured after 1929, this wheelbase was increased to 4.50 m.

Note: the wagon of the photo is not identical (including its larger dome, and its parking brake only), but there have been a lot of variants. 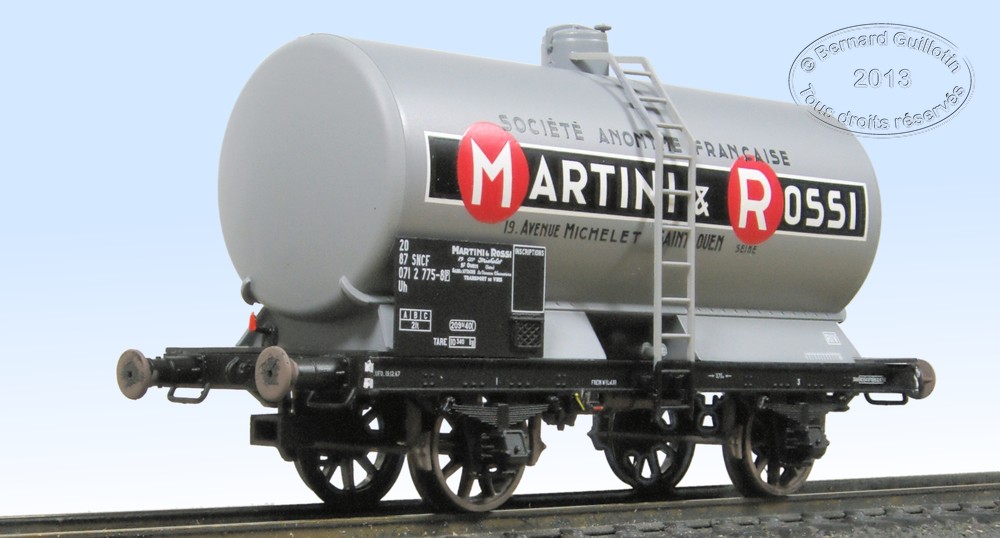