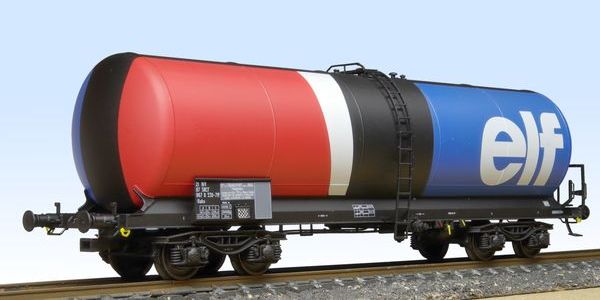 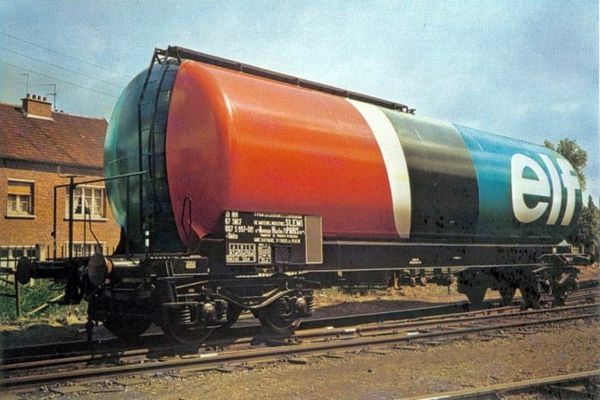 Ref. 318 : the fairings of bogie sleepers are delivered unassembled, which facilitates the access to the screws of pivots. The self-checking digit is wrong, it should be 1.

The creation of the Elf brand in 1967 was the subject of an incredible advertising campaign, which I still remembered — vaguely! So, I went and see on the Internet to refresh my memory. The announcement was a mysterious “the red circles are coming” on the billboards and on the radio. The Elf brand itself had been computer-searched, and the logo was the stylized representation of a boring bit, with the three colours of the French flag. See the Wikipedia article Elf-Aquitaine, and the Total website, which absorbed Elf in 2000. As the beginning of this brand had a certain panache, the end was lamentable, with the famous political and financial scandal of l’affaire Elf. 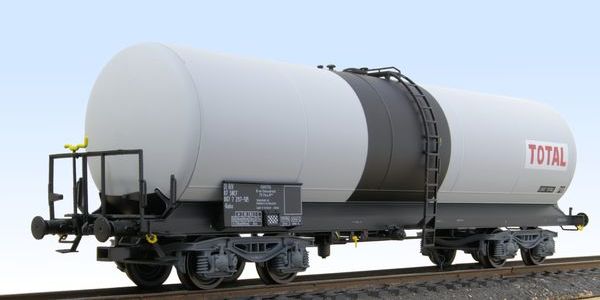 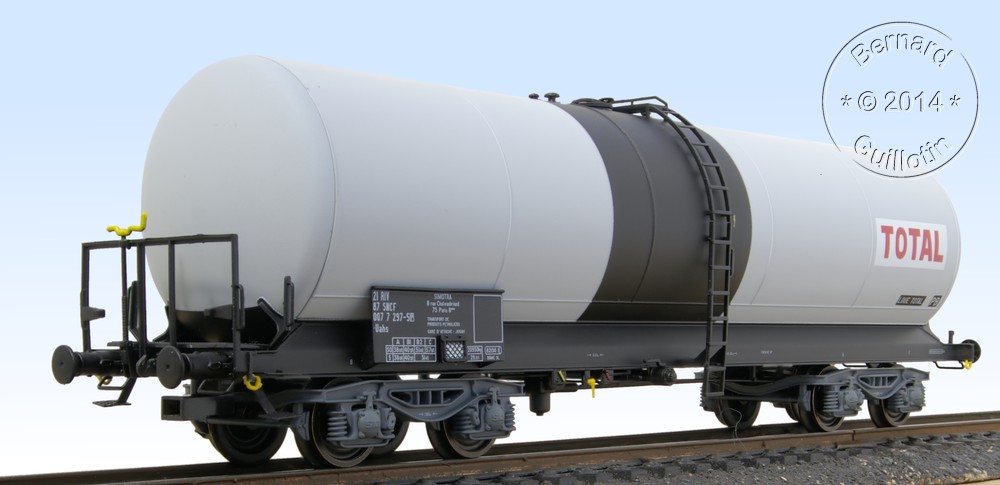 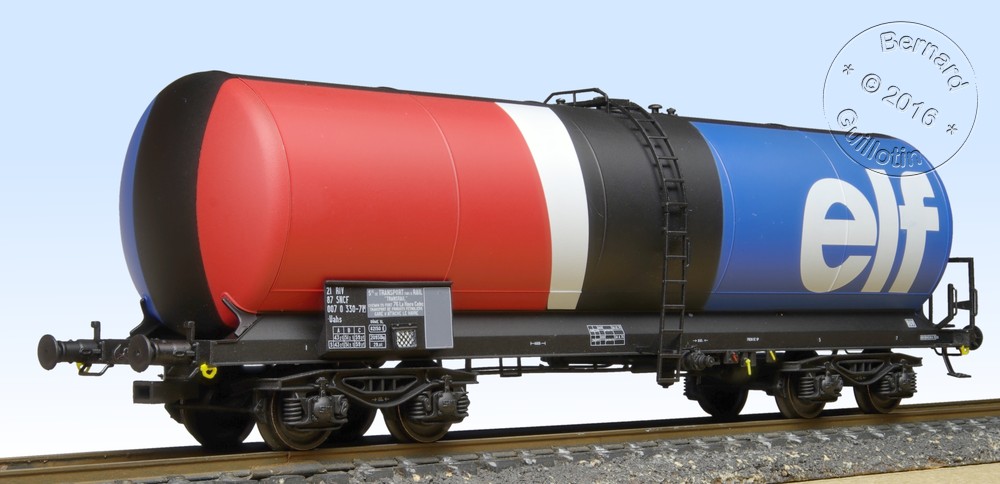