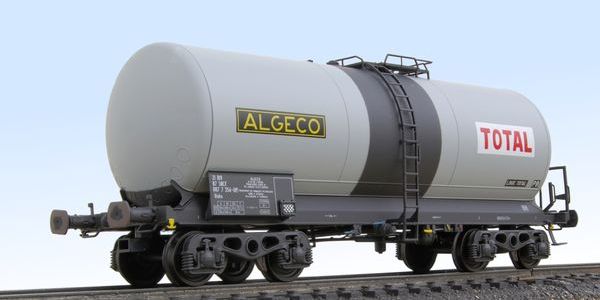 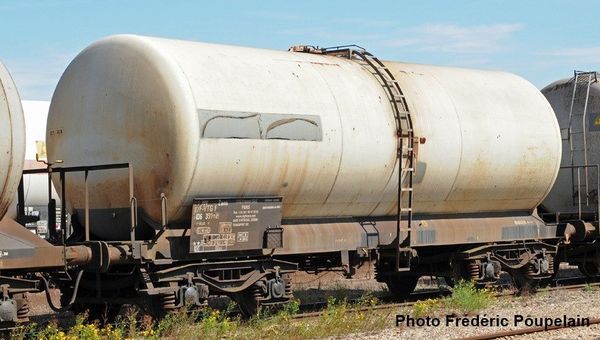 Note: the following paragraph concerns only ref. WB-165 and 166.

But… These wagons tilt to the side! See this close-up picture: 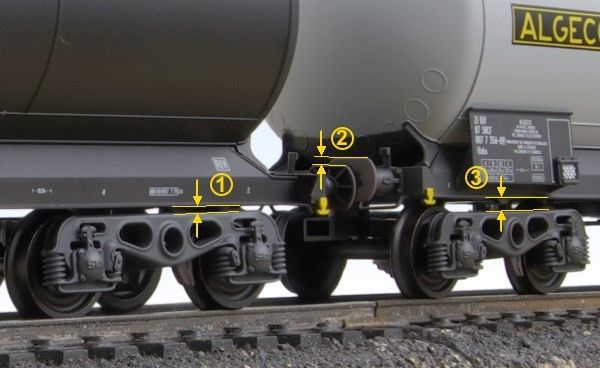 the buffers opposite (2) are not at the same height, and the space between chassis and bogie (1) and (3) is clearly not the same on each side. 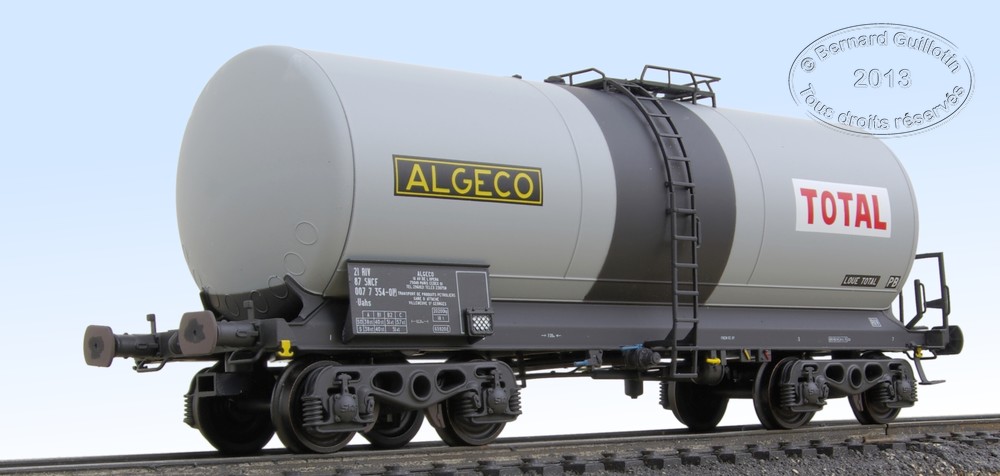 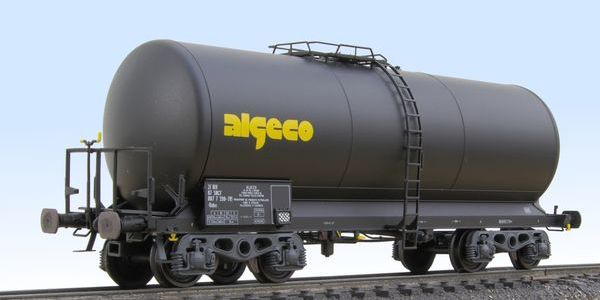 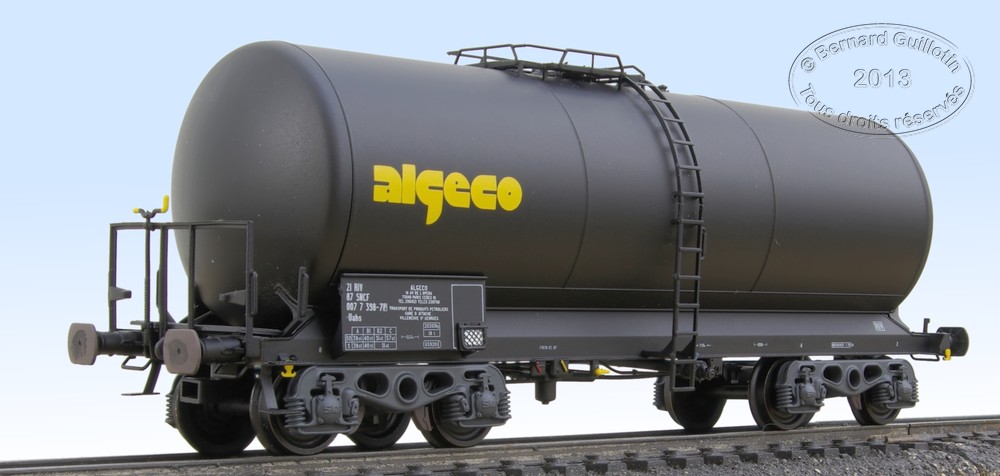 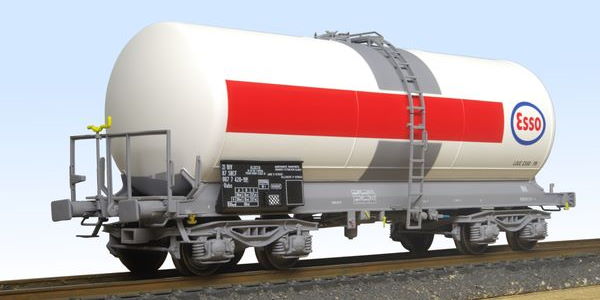 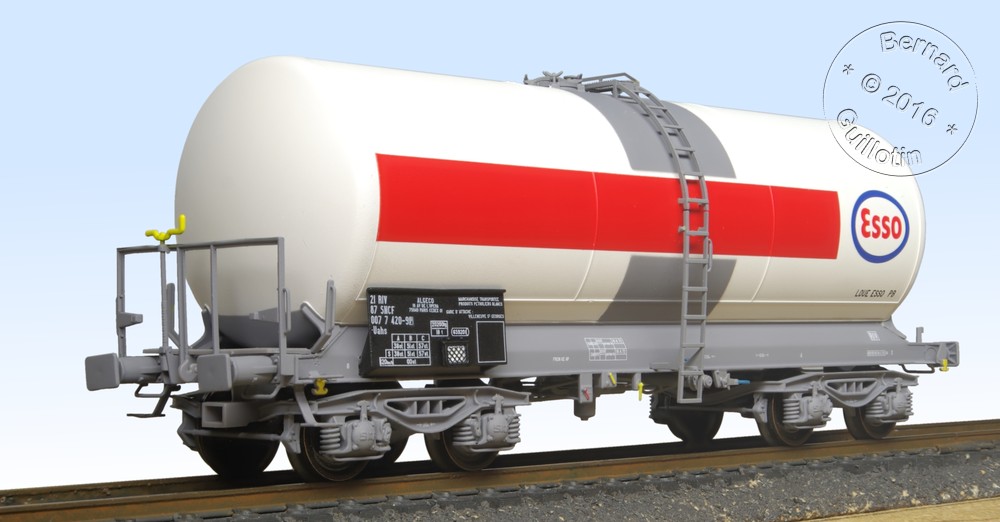