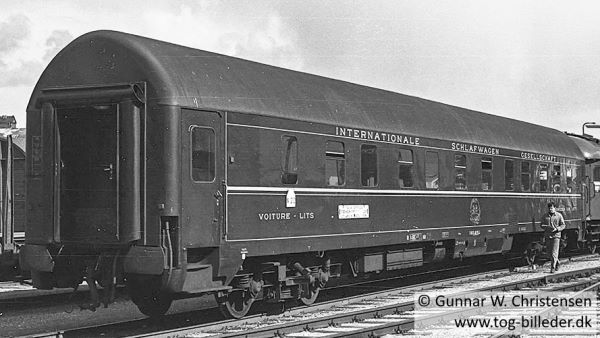 The model is finely represented, with a reservation on the glazing, which is not very flat; the truth is that the smallness of the windows doesn’t facilitate things, but the Roco is better in this respect. The underside is very detailed. Apart from the detail parts for the buffer beam, there are no parts to assemble.

One of the (photoetched) steps is a little crooked, which is obvious because it is not parallel to its neighbour above.

The roof, which is part of the body, is painted aluminium colour. A wheathering will be necessary.

Mechanically, it’s a bit of a mess. From the very first handling, I noticed a bad pivoting of the bogies. Even the two-point suspension is not possible. I dismantle the bogies by levering them with a screwdriver from the end of the coach (from the centre, it doesn’t give way and I didn’t insist). The pivot clips are deformed, and there are plastic burrs that explain the rubbing.

The running is also bad, and it’s not only due to the thick and inelastic pickup strips, like on the MU with MD bogies. With lubrication, it’s a little better, but the floating brake equipment, which is only attached at two points very close together and therefore tend to rotate, doesn’t help. No brass bearings.

The two-point suspension doesn’t work, as the relevant pivot is 0.27 mm higher than the supports. See picture. 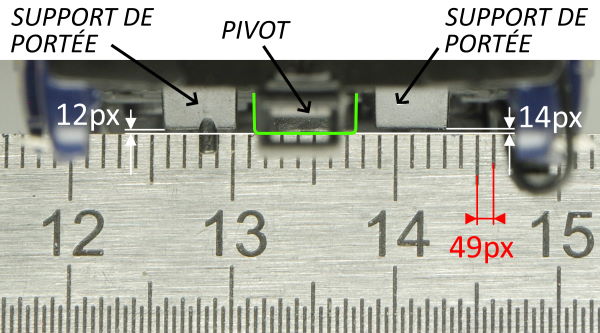 Series of 40 sleeping cars built in 1957 for the CIWL by Hansa Waggonbau Bremen for the first 20 coaches, and by Waggon- und Maschinenbau Donauwörth (WMD) for the following coaches. Original numbers 4581 to 4620. The UIC numbers vary greatly depending on the owning administration, whether or not they are part of the TEN pool, the possibility of changing gauge, etc.

According to Pierre B. on the Loco-Revue forum (quote), coach no. 4620 was renumbered 4602 following the accidental destruction of the original 4602. This is confirmed by Dirk Frielingsdorf on the wagonslits.de forum (quote).

This is probably an accounting trick, in relation to the residual values. All these UH sleeping cars date from 1957. Like the other CIWL coaches, they are depreciated over 30 years. In the event of destruction by a railway, the CIWL could claim the residual value as compensation, which in the 1980s did not amount to much, hence a few such tricks. When exchanging one coach for another, the replacement coach took the book value of the replaced car.