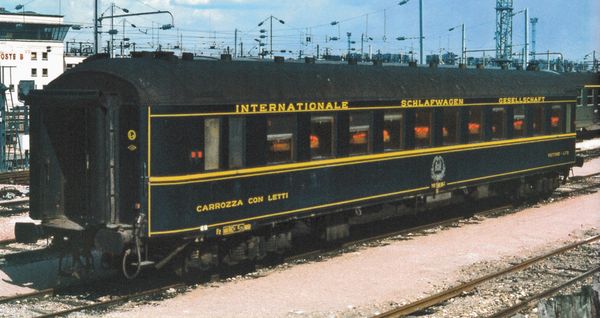 The overall scale is respected, except for the height and the wheel diameter. Apparently it was difficult to reconcile these two dimensions.

Many parts remain to be assembled:

The underside of the chassis is detailed, with plastic and metal linkage. The dynamo is fixed and its belt hinders the movement of the corresponding bogie. Other brands have been able to make a pivoting dynamo.

The running is good, despite the presence of current pickup strips! How can this little miracle be explained? Well, very simply: they don’t touch the axle shafts, and are therefore useless!

The bogies have real suspension springs, which are not functional of course, but which tend not to stay straight. There are also metal anti-fall hoops. Beware: some of them don’t hold, they have to be glued back on. The wheel back-to-back distance ranges from 14.2 to 14.3 mm, which is insufficient according to NEM (14.5 ± 0.1). The flanges are 0.8 mm.

Folded bellows are included in the parts bag, but the mounted bellows are almost impossible to remove… In any case, I didn’t succeed.

The interior is uniformly light brown, with a touch of silver paint on the door handles. The ladders are correctly positioned. Some grey blinds are more or less down on the compartment side.

To improve the running in curve, down to R 500 mm, while keeping the end marking plates in place, milling of a bogie side beam, 1 mm in width and height, at an angle of about 12°. See photo. 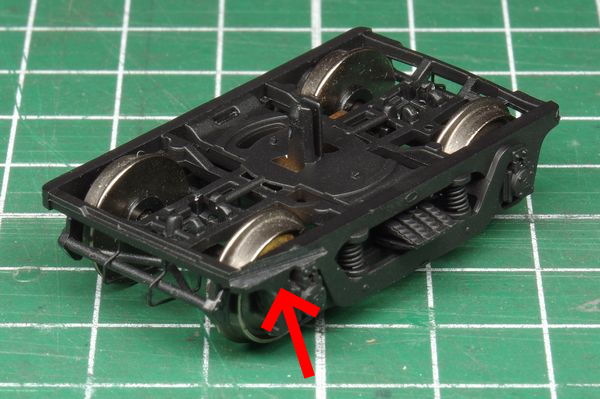 Max. rotation before milling. After milling. 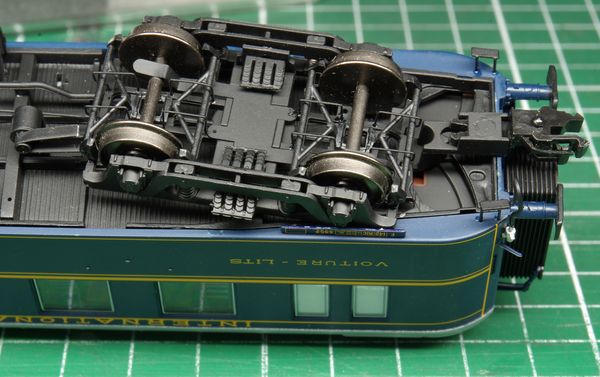 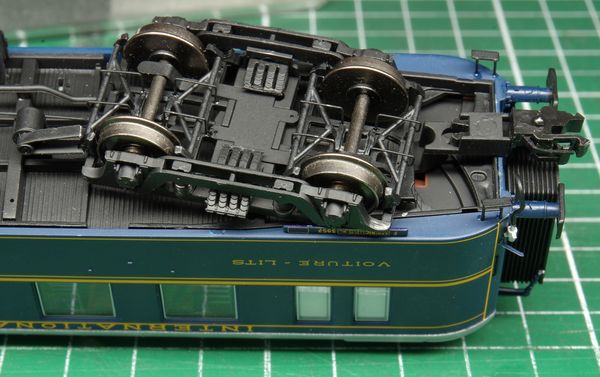 Note that the dynamo belt had to be shortened so as not to interfere with the bogie rotation.