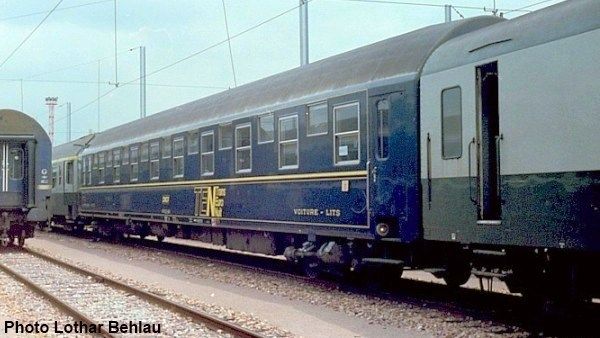 Too high of about 1 mm. The NEM boxes are removable and have two different possible positions. Spring buffers. Underframe much more detailed than the Jouef MU.

Warning: this car does not disassemble conventionally: after (easily) unclipped the roof, don’t try to spread the sides of the body by inserting plastic cards, because a false inner frame moulded with the body prevents that. Simply remove the end clips from the inside using a screwdriver, then pull the chassis.

The T2 (= Tourism 2-berth) sleeping cars are characterized by the possibility for 2nd class customers to travel by two in a compartment.

The arrangement combines two nested compartments: the upper one, accessible by a few steps, includes a bench and two berths under the roof; the lower one has a bench convertible into bunk berths, like in the couchette cars. This explains the unusual arrangement of windows, compartment side. 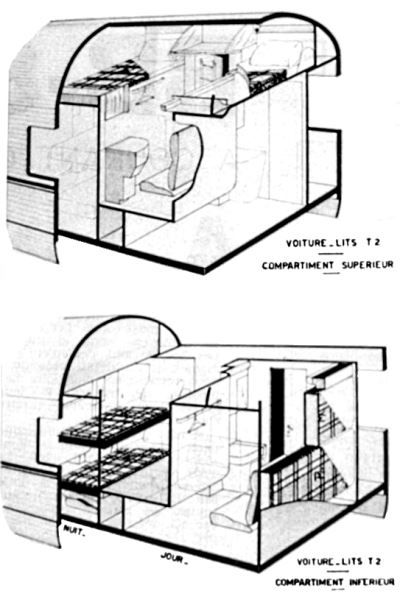