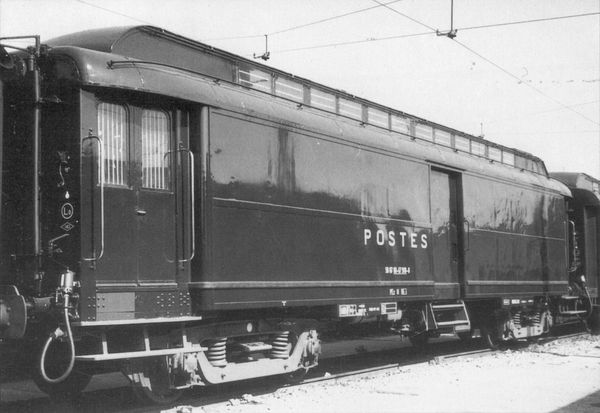 At first glance, it’s quite disappointing for REE: there are stains and scratches on the body (photo) and a big glue mark in the corner of a door (photo). The skylight windows are very dirty. The handrails are not set at the same depth on each side. The roof is gaping at the ends (photo). REE is definitely not happy with the roof joins… 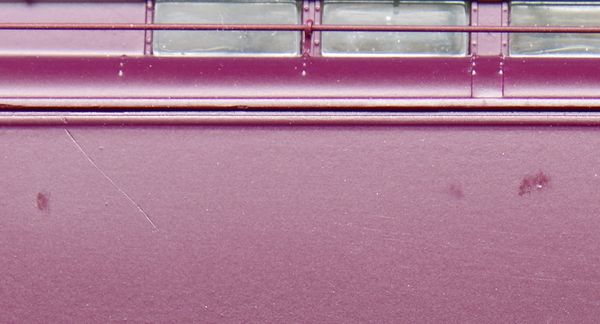 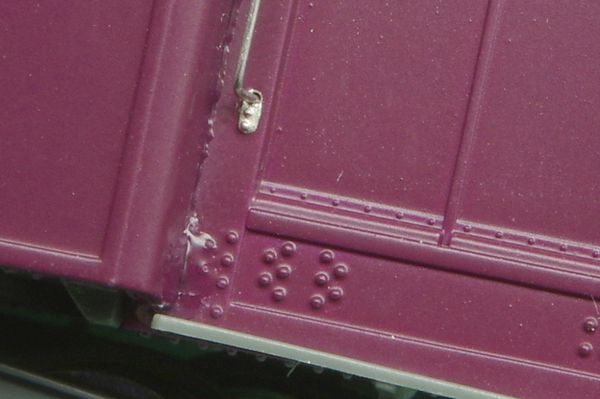 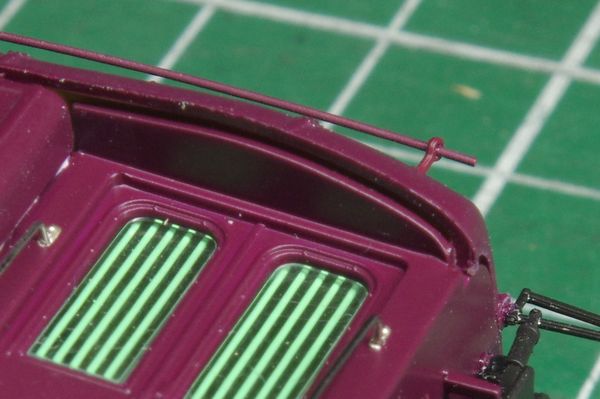 Several parts have to be fitted; the main ones are the dynamo and the footsteps (one of which is the wrong one — see a photo; this kind of mistake could not happen if the parts were originally fitted or if they were delivered in clusters). Different bellows are supplied (two pairs of unfolded and one pair of folded, the van being fitted with a folded pair by default). 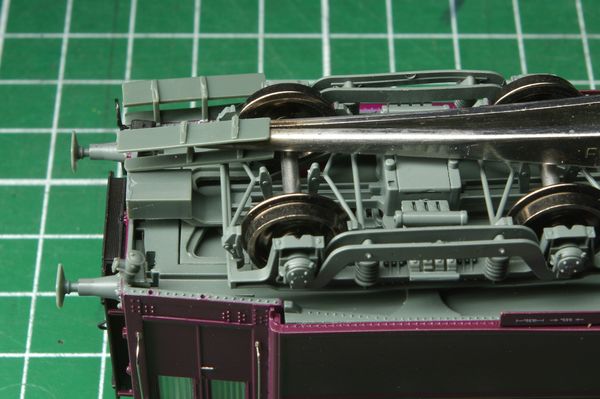 The body is a purplish colour which I don’t like. I like the LS Models postal vans better, but I’ll refrain from saying which is right. See a comparative photo (REE at left, LSM at right).

The chassis is metallic and serves as ballast. The weight obtained is exactly the maximum of the NEM.

The buffers are spring-loaded. The central doors are sliding. Good for a mail loading scene.

The dimensions are very well respected.

The bogies have more or less deformed side beams. No metal bearings. The running is average. The wheels have a back-to-back distance of 14.3 mm (0.2 mm less than the NEM); the flanges are 0.8 mm high. Axle length: 24 mm.

The roof can be disassembled quite easily, but there is a fragile clip at each end, one of which is already broken (I’m not sure if I’m responsible for this or if it was originally broken). These clips are too thin anyway and don’t prevent the roof from gaping.

The model registration seems to be wrong.

Because of all the defects, I requested an exchange from the supplier, which was accepted. The returned coach still has some defects: the paintwork is OK, the steps are OK, but there are still traces of glue — albeit more discreet — along the corners of the doors; there are also traces of glue at the ends of the skylight and between the body and the chassis

On the other hand, a bellows hanger is missing this time! The bellows have clips that don’t fit their end wall location, so they have to be recut, which was done originally! Finally, the roof is still gaping, proof of a design flaw.

I have the impression that this series of coaches has not been treated with the necessary care. Perhaps REE went to a different manufacturer? Fortunately (?) I bought this model on special offer, albeit at a significant price (almost €50).

OCEM 1931 type travelling post office vans (smooth sided) built in 66 units and delivered in 1932-1933. Most of them were converted into mail transport vans from the 1970s onwards: the small central window was replaced with a large sliding door. Some were fitted with Y24 bogies and modern buffers. In 1988, only three 16 m PAz not converted to Pez remained.

Unlike the travelling post office vans (PA, poste ambulant), the mail transport vans (PE, poste entrepôt) are not equipped for sorting mail, but only for transporting postal bags. 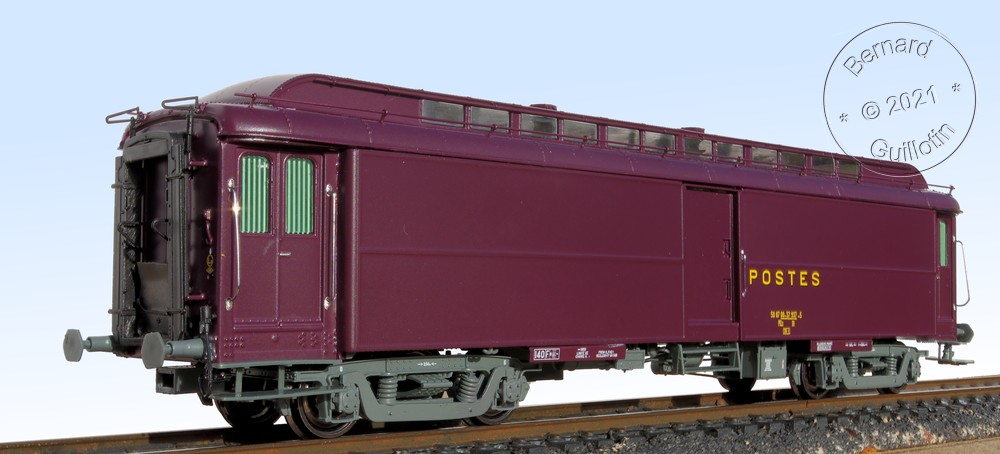