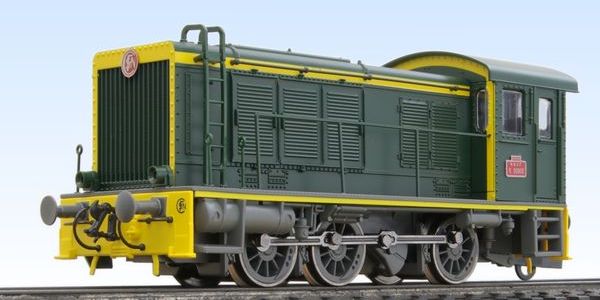 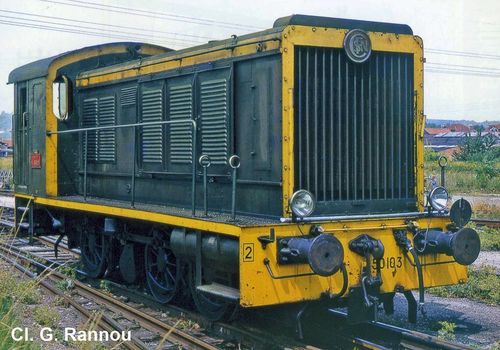 Correct appearance. The rear buffer beam and its buffers are tilted downwards (the support is the cause). Fictitious coupling hooks have the appearance of a butcher’s! The railings are metallic, the plates and SNCF badge are photoetched.

The three axles are driving, only the two extremes pick the current by strips rubbing on the inside of the wheels.

Power 300 kW. Career in the Nord region. They were all reformed between 1970 and 1972. Some were later bought out by private companies. 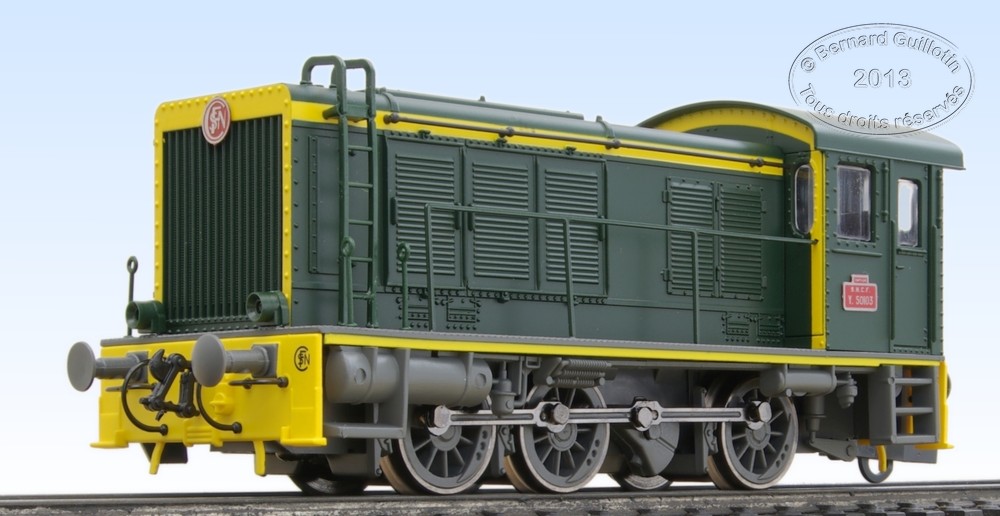