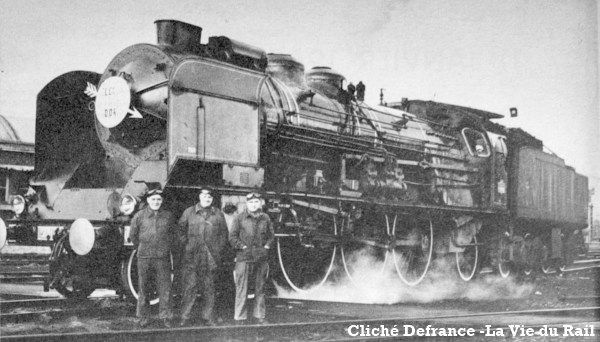 At the time, I had replaced the original red lines with yellow ones (Jouef cut out decals). I had also glued a stainless steel plate under the tender chassis to stiffen it.

I bought wheel sets to replace those of the tender (a rim is deteriorated), but is it reasonable, given the difficulty of adapting the gears? I finally did it, see below.

The original box is complete.

Machines of PLM origin (6200) built between 1919 and 1921 and modified according to André Chapelon’s principles in the 1930s. Following the electrification of the Sud-Est, they are transferred to Est and then to Nord (La Chapelle, Boulogne, Tergnier) where they receive 38 m3 tenders.