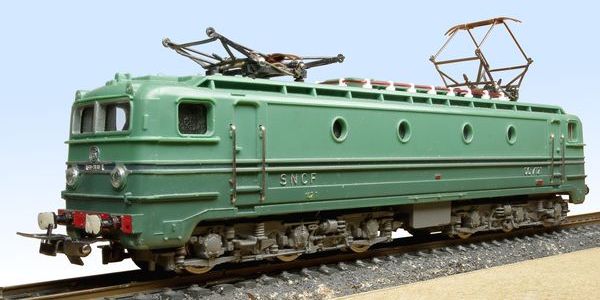 This locomotive was recently offered to me by a friend. New in 1966. The illustration of the catalogue showed the 7101; the text speaks of the 7107 (holding the 1956 world record, which Hornby gives with a certain exaggeration at 340 km/h, while the real one probably did not reach the 331 km/h credited). But in fact, the number 7121 was chosen, probably to avoid a duplicate with Jouef. The CC-7121 held the previous 1954 world record, with only 243 km/h.

Model with a single driving bogie, of which the two front axles are driving and equipped with traction tyres. Possibility of catenary outlet by means of a switch located under the machine.

Working and vigorous (but noisier than in my memories!). There are white and red lights that reverse according to the direction of travel. The pantographs are in good condition. Buffers are present, but some are a bit distorted. A coupling lost its plastic return spring. I blocked it to prevent it from getting askew.

The box is in near mint condition, except for one of the inner cardboard holds. The instructions for use and the warranty card (valid for thirty days!) are present. Obviously, the first owner of this machine had taken great care of it. 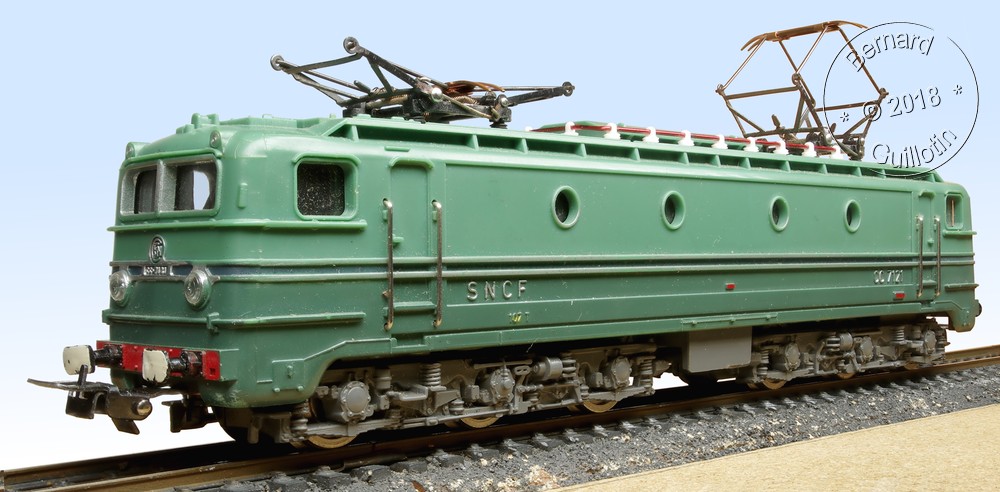