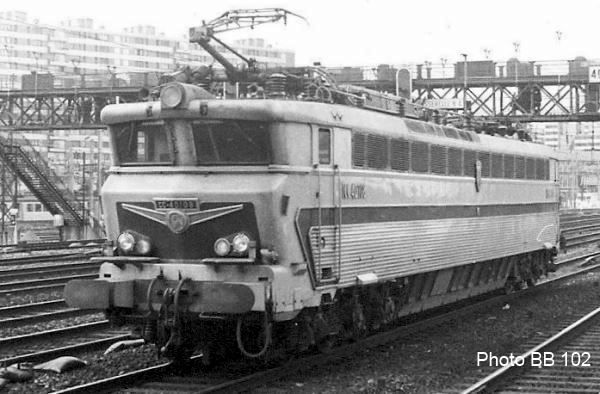 Mechanically, it’s a real CC. The extreme axle of each bogie has rubber tyres. The current pickup is done on all axles. A large flywheel is mounted on each side of the motor.

There are two types of original unassembled lower body steps, as they interfere with the travel of the bogies in a curve. I mounted the most compliant for the photo. I will have to check the minimum curve radius with these steps installed. But in any case the trapezoid-shaped mini-skirt under the buffer beam will be missing, curiously forgotten…

Sommerfeldt pantos are a bit coarse. The plastic of the bogies is translucent.

The SNCF badge and the “mustache” of the faces have their background lemon yellow while it should be orange (or golden according to some other photos, probably depending also on the era), as in this photo. 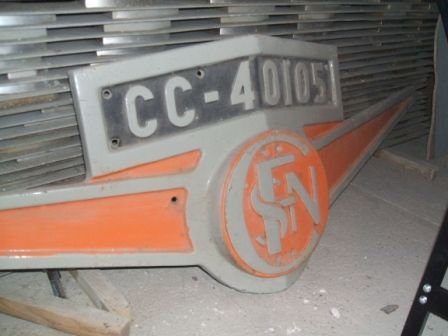 Flag holders are too low. In fact, this photo of Florent Brisou (Paris Gare du Nord June 1984) attests that the 40105 had flags at this height in the 1980s. But its livery is already “béton” (concrete grey) and no longer metallized. 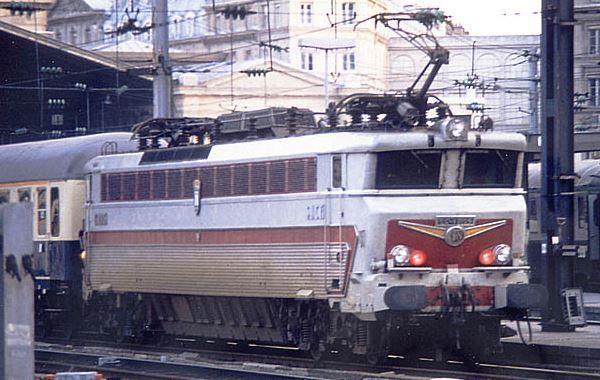 Globally more successful than the Trix in its overall proportions, pity that these small details yet easy to reproduce correctly do not comply.

Following repair due to a fall:

Designed as “European locomotives”, and assigned to the Paris - Brussels - Amsterdam line, they never put the wheels on the Dutch network (except at the end of career for a special trip), nor besides in Germany. Some explain this curious fact by the necessities of service, others by a bad will of these networks. There may be some truth in both explanations… So, the 15 kV 16 ⅔ Hz equipment, which also posed technical problems (mainly, heating of the transformer due to the low frequency of the current), was soon enough removed, and these locomotives changed their status from quadricourant to tricourant.

Note: at the time, this machine was presented as the pinnacle of rail technology. In fact, mainly because of weight and cluttering problems, there was rather a regression: there was no single-phase graduator; in rectified AC as in DC, the speed control was done by rheostat, which was far from the ideal in terms of energy consumption. And some damages occurred on the rheostat resistors.