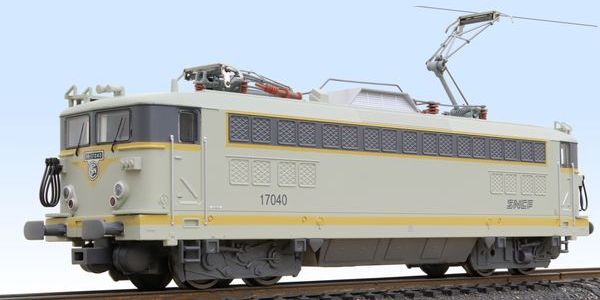 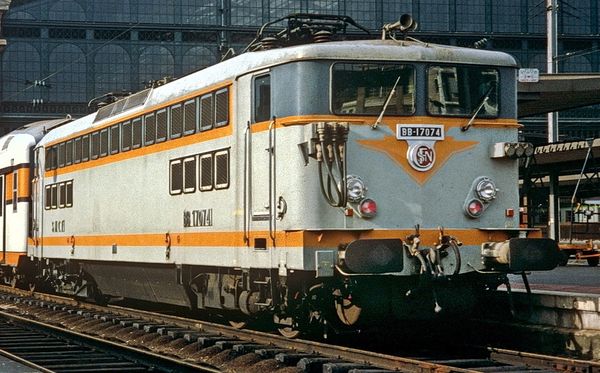 Surprise: this machine is equipped with a decoder! In DC, starting happens at 10 V. Under 12 V, the machine does not slip. The left wheel (in the direction of travel), on the inside axle of each bogie, is equipped with a rubber tyre. The lights are warm white.

The pantographs are ugly (but I expected so). All railings moulded, which will be complicated to level. The bogies’ relief is very flat, and the brake blocks are not in front of the wheels. The couplings are attached to the bogies. The orange strips are too faded (in fact, the colour is transparent and reveals the grey, which is itself too light: compared with that of the VB2N, it is almost identical, whereas it should be a little darker).

The oblique handle on the doors dates from the 1990s, after the decoration change (loss of badges) and should not be included on this model.

There is a lightning conductor on the roof which, I understand, actually only exists on the BB 8500 or 25500.

Finally, it bears the “nouille” (noodle) acronym, so it belongs to era IVb, which puts it out of time for me. I’ll have to provide engraved plates, for the numbers as for the face badges, simply printed.

The 17040 is put into service in June 1966 in Achères (Ouest). It remained there until its withdrawal in December 2010. It is part of the sub-series 17038 to 105 whose chassis is slightly elongated and the buffer beam more visible (see table of dimensions).

The “béton” livery was applied for the first time in 1975 on the damaged 17005 (rebuilt on a long chassis with bonnets — this loco was not spoiled…). But there were still machines in green livery in the late 1980s, as proved by this photo of the 17072 by Patrick Meunier (Pontoise, 1987), on railfaneurope. 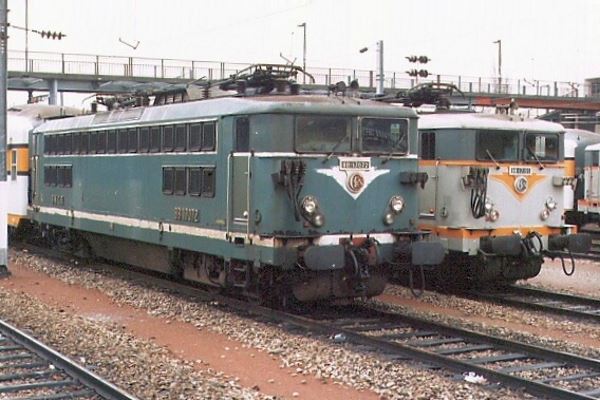 Some machines were sold to Romania. 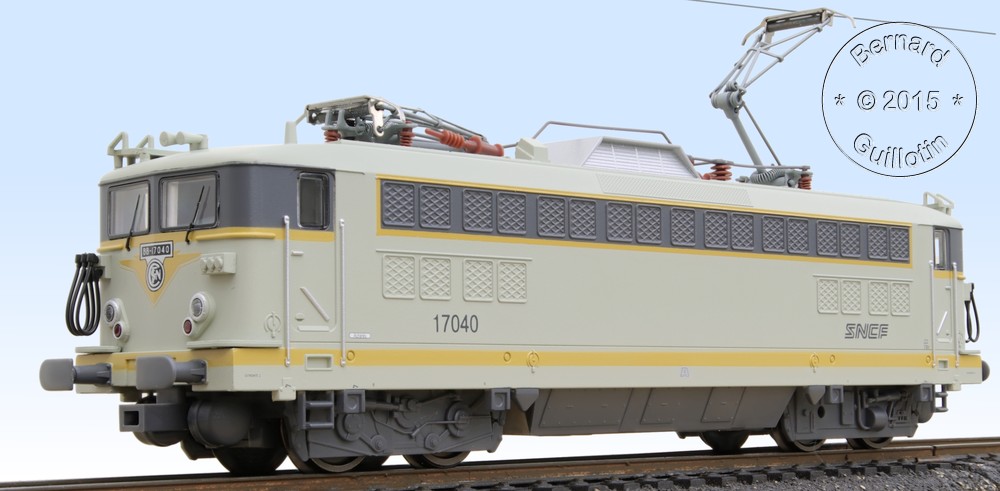