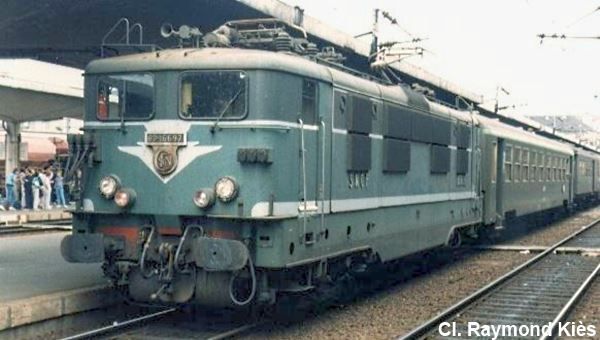 This model represents a machine that has received red lamps and two-tone horns, as well as large shutters.

The colour is exactly the same as the previous model (so too dark and not bluish at all). Bent cab-mounted hands are always mounted upside down. The red lamps seem too prominent (we see the red plastic behind the chrome circle). Finally, the SNCF badges are still painted, and not very well.

Personal 2014 traction record in MU together with the BB 16733: 89 wagons. Video processed with FFmpeg, Virtual Dub and Audacity. This kind of joke is a test of coupling resistance more than of traction force!
Show video (12 MB). 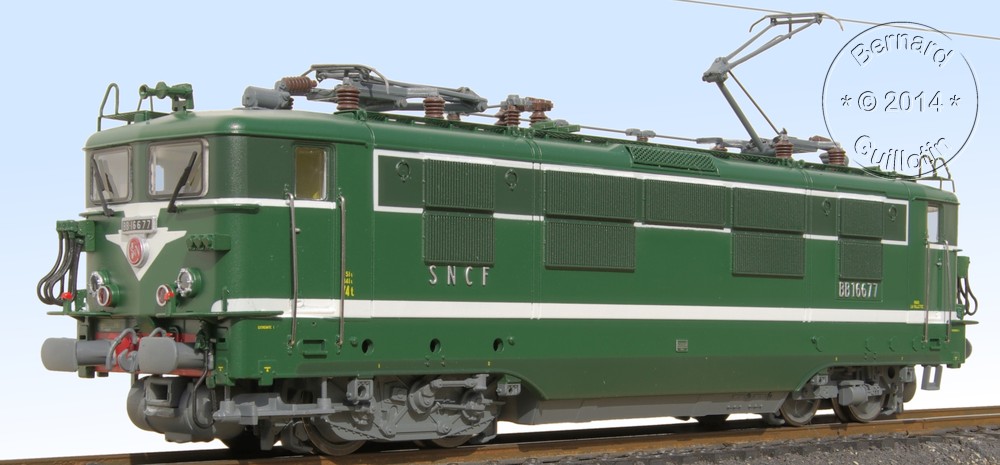