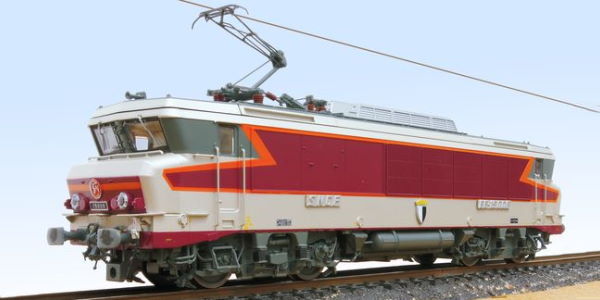 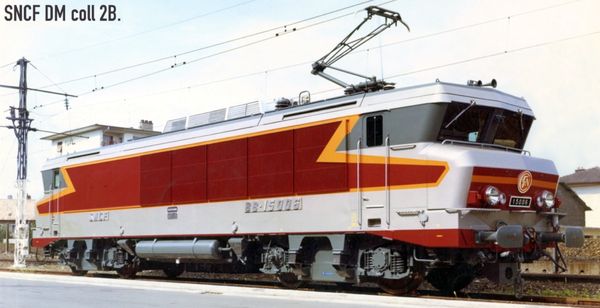 Coat of arms of Metz. Depot of Strasbourg.

It’s a pity that the red lights are tinted red: we can hardly see them. Apart from that, I think this model is very good, including the metallic grey colour. However, I have a reservation about the orange colour, which seems too dark to me.

At the beginning of their career, the bogies were not equipped with rail lubricators (“box” located on the bogie side between the secondary suspension supports), as shown in the photo of the loco coming out the factory. I don’t know when they were fitted.

The 15006 was put into service on 15 November 1972 in Strasbourg. It was the first to receive the original Arzens livery (metallic grey), the previous ones being in green livery called “Maurienne”. It was cancelled on 9 December 2005, following a fire on 6 July 2005. 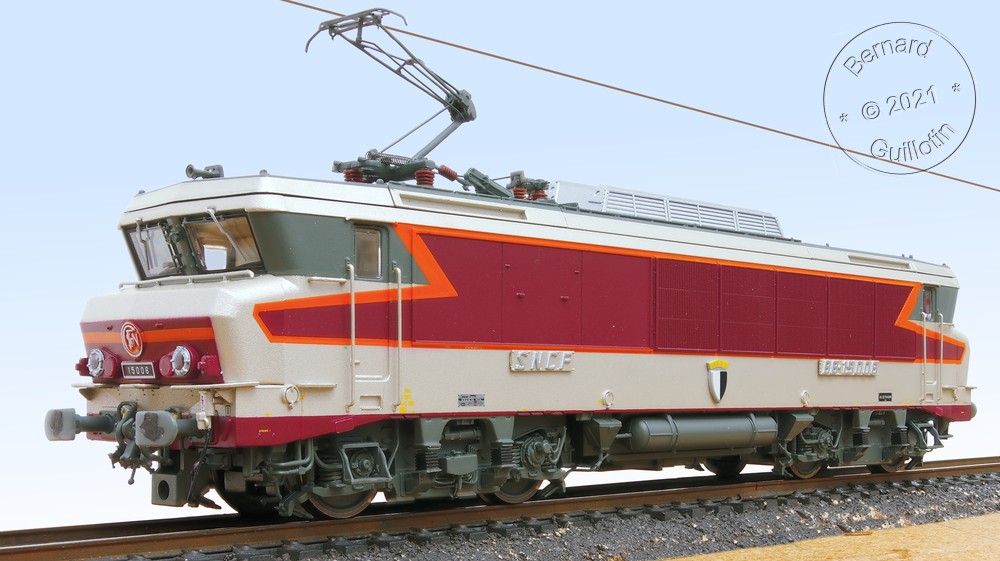