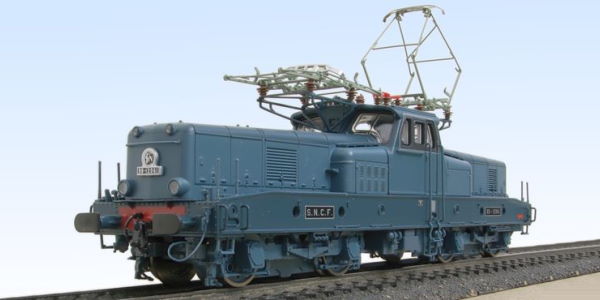 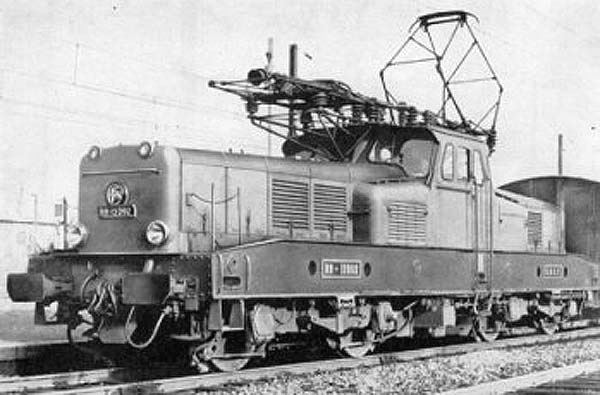 Not very fine engraving; pantos are especially not very resembling, including the rather coarse bows. There appears to be a reversal of the bonnet grids (not symmetrical). The reversal of the body on the chassis does not correct it, because the underside of the chassis is not symmetrical either, and cannot be reversed, except to machine the metal…

The secondary suspension springs are stuck on the bogie beams; but these parts are held by simple tenons: it is therefore easy to spread them a little away.

Among the different series of machines called “fers à repasser” (irons) built to test the 25 kV / 50 Hz power supply on the French Nord-Est artery (called Valenciennes - Thionville), the BB 12000 equipped with a graduator (sort of variable transformer), rectifiers and DC motors gave the most satisfaction, even exceeding their initial specifications. This is why their electrical diagram was then extended to all the single-phase series that followed, and even to some bicurrent machines. 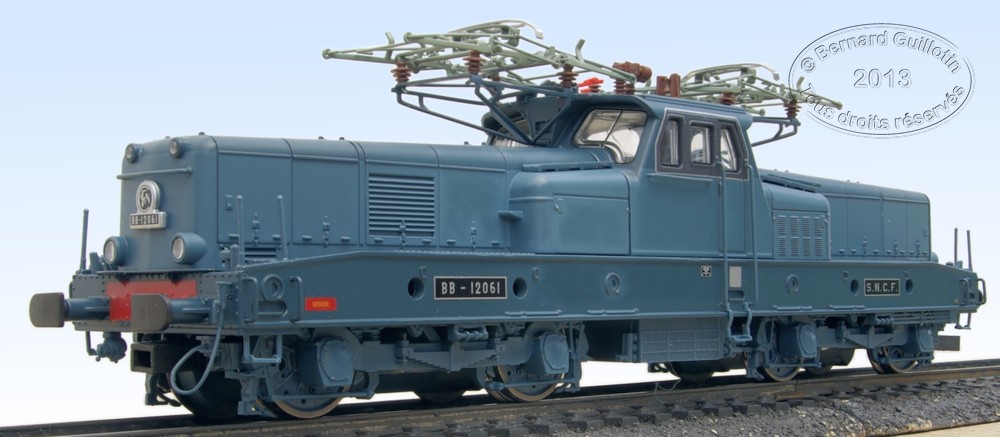