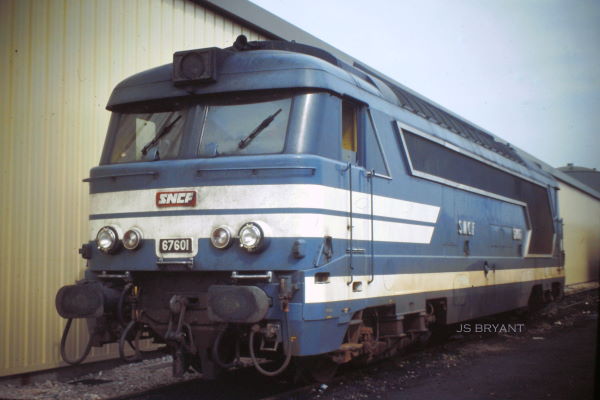 A 12 page historical note is provided.

I received this machine without secondary suspension “sandwich” brackets. Perhaps they are in the parts bag? No, only the non-shortened brackets for the display case are included. The footsteps and drawbars are not fitted, which is a good thing as they would have to be removed to lift the body. The missing parts include no tyre wheel, although two axles with a tyre wheel should be included according to the instruction sheet. A screw fixing the closing part of a bogie has its head broken. Could this machine, the last one in stock at the supplier’s, have been used as a parts bank? A complaint to the vendor was not answered. REE, on the other hand, reacted quickly enough and supplied me with the missing parts free of charge.

The spare parts include, among other things, obstacle removal ploughshares, suspension brackets (only suitable for the display case), a — single — windscreen wiper, a — single — horizontal handrail and two vertical handrails. There are also photo-etched identification plates to stick in place of the screen-printed inscriptions. 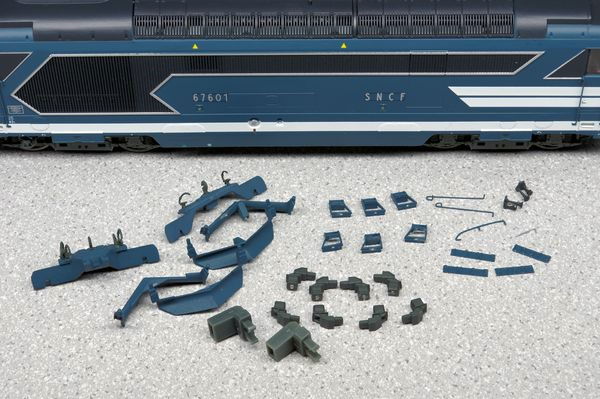 The decoder settings are problematic: apart from the fact that the outputs are not connected according to the NEM standard (red lights on the white lights output by default), some of them (cabs, fans) cannot be modified by mapping, and the fans cannot be slowed down by programming; they whirr in a rather obtrusive way… I had to download a specific program from the REE site to get a suitable operation.

Another fancy: the brand-new ESU Lokpilot V4.0 decoder I installed is recognized as… Loksound V5 when on board the loco (but correctly recognized when not). An attempt to program in situ therefore results in an error message from the Lokprogrammer! Consequently, it is necessary, and this is very painful and totally unprecedented for me, to extract the decoder to program it and then reinstall it.

Three-phase-to-DC electric transmission: the Diesel engine drives a three-phase alternator whose current, rectified, feeds DC traction motors. The advantage over the conventional solution of the DC generator is that the machine can produce a voltage adapted to the electric heating of the train.

Peter Bryant’s BB 67601 photo dates from 1978. We can see that the loco still had its front fairings at that time. 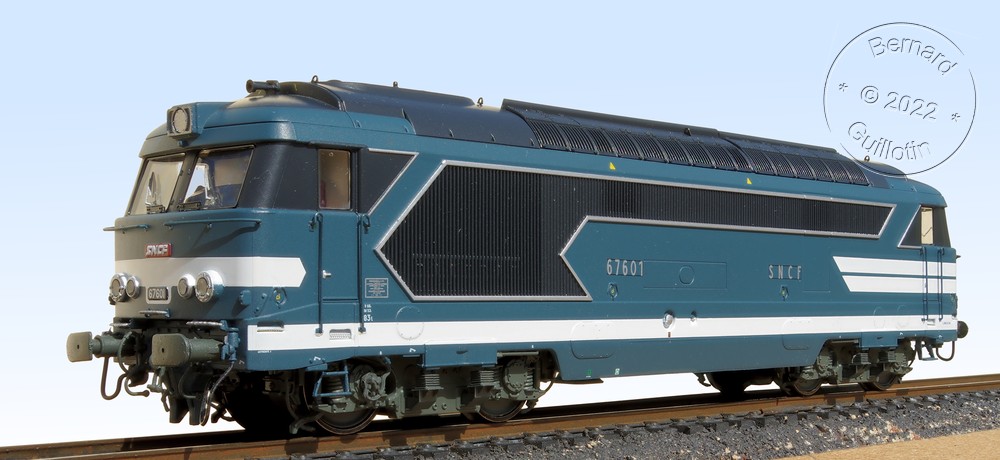 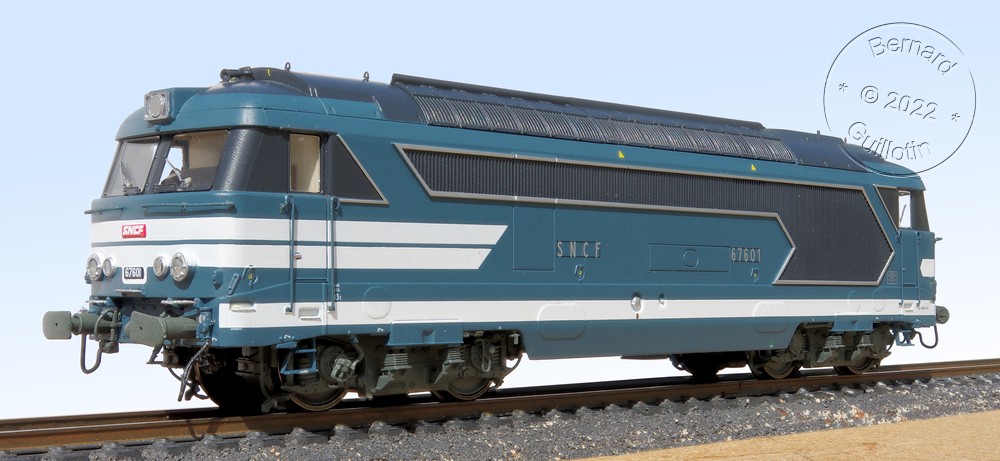