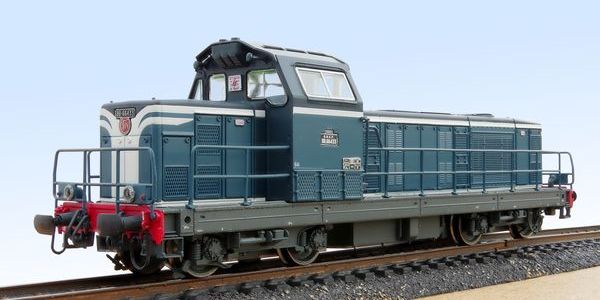 The model supplied is not the 66428 but the 66433… For me, who would have preferred a machine of Longueau, that doesn’t change anything…

The general configuration is identical to that of the models released previously. The most important difference is the Next 18 interface which allows using a miniaturized decoder. I had some concerns about the current permissible by such a decoder. At Lenz, they announce 600 mA. My first tests show a 440 mA maximum consumed current (when slipping before running-in, which seems compatible.

Another improvement: the white and red lights are separate and functional right out of the box. For the model considered (early career), the headlights should not be equipped with screen clips.

Too bad that the short bonnet, which is an inserted part, therefore theoretically removable, which would allow the decoder to be installed without removing anything else, is unfortunately blocked — glued? — in place. I didn’t take the risk of straining the tenons.

The dimensional respect is excellent, except for the width, but it’s not clear where this dimension was taken on the actual machine.

Another peculiarity makes it possible to distinguish the 66400 from the 66000 on the outside: the absence of a brake linkage thanks to the mounting of Westinghouse P60 brake units on the bogies.

In the 1970s, a 66400 provided traction for trains from Paris between Lille and Tourcoing. 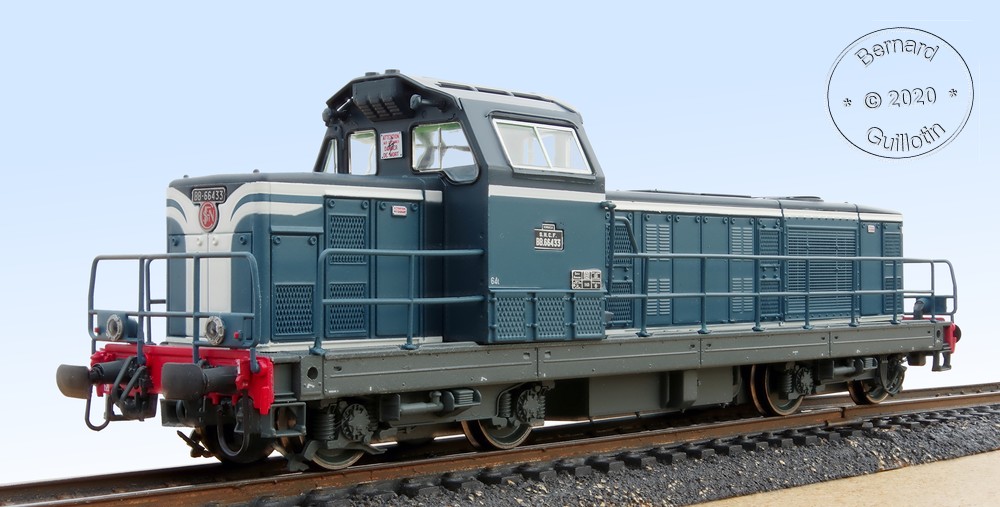