No dismantling instructions, only a list of spare parts and tips for preparing etched plates are present. These plates, as well as the handrails of faces and cabs, are to be assembled.

The wheels are not burnished, but they have a plastic hub cap showing the transmission details.

The markings are pad printed. The name of the depot is not very clear. Photo-etched nickel silver plates are supplied: it’s up to the user to strip them to reveal the marking, which will be yellowish and not aluminium-coloured!

Lifting the body is easy: just spread the sides. We discover a fairly clear double-sided printed circuit. The connection to the lamps is done by flexible circuits. The lamps are still incandescent! The white and red lights are linked. Their separation doesn’t appear obvious at first sight.

This machine doesn’t have an extraordinary pulling force: its cousin 67580 from Jouef pulls it like playing!

See gamos81.altervista.org for the list of ref­erences of issued 68000 models.

The 68000 are slightly more powerful than the BB 67000 (UIC 1260 kW), with whom they can be coupled in multiple unit. The main difference is that they embed a boiler for steam heating of trains. A system of inter­changeable holds made it possible to adjust the load on the trailing axles. It has been used very little, and the load is set at 18 t per driving axle, which allows these ma­chines to run on almost all tracks. 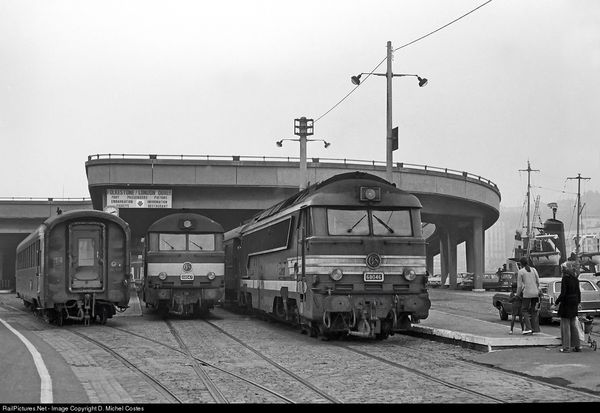 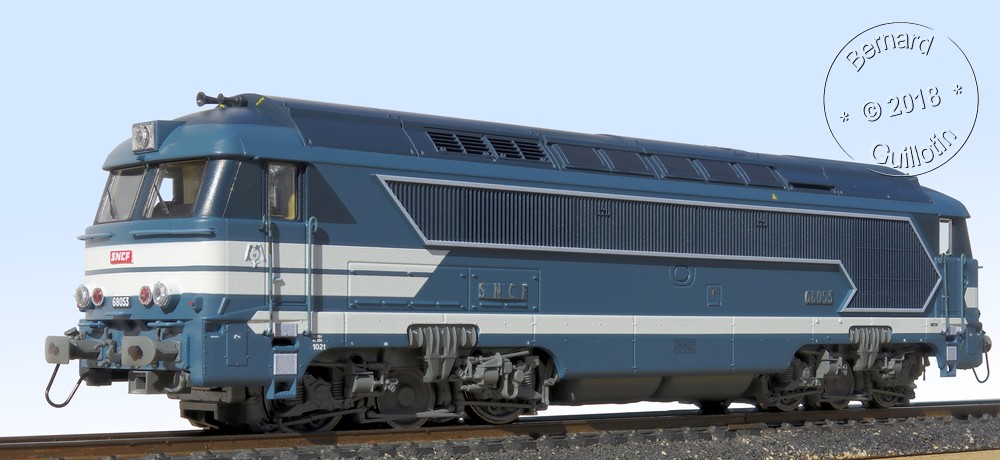 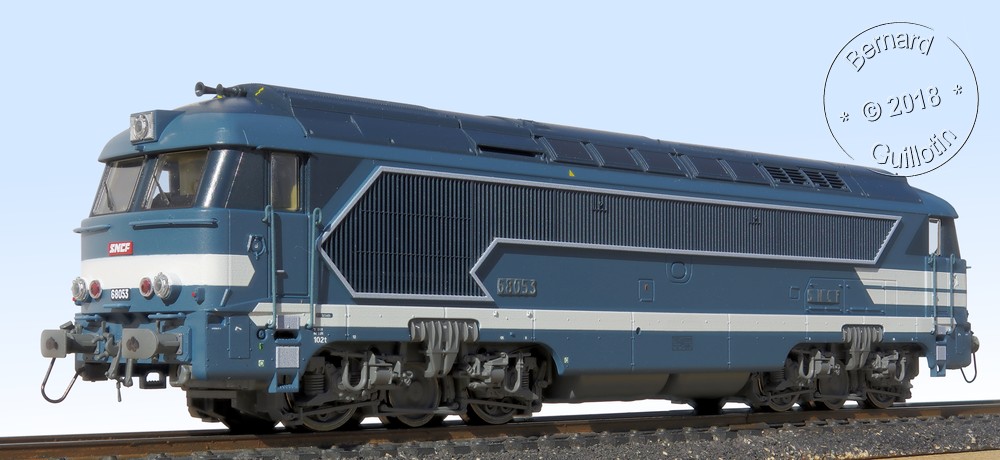 This figure varied subsequently because some exchanges
between the 68000 and 68500 series happened.