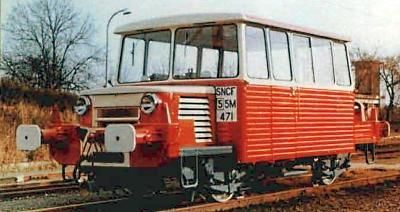 New in 1968. The registration number is that of the official photo below.

The body length is wrong, as well as the wheel diameter and the window height, which should come flush with the roof. The body had been lengthened to accommodate the M20 motor. But why did not they use the short race car motor?

I owned two copies. The former had its body completely distorted in an attempt to fill the motor bonnet with polystyrene dissolved in trichloroethylene (!) to reinforce the fixing barrel.

Manufactured by CIMT Lorraine, the DU 65 (Draisine Unifiée 1965) track inspection cars were delivered in three sub-series from 1966 to 1973, with the aim of replacing all the older, very disparate units.

They are equipped with a Unic diesel engine with Voith hydromechanical transmission, wheels and railcar buffers for standardization. In addition to the standard screw coupling, they have a special tulip coupling for hauling trolleys (the official SNCF term is simply trailer).

The “M” in the registration means able to circulate in mountain area. 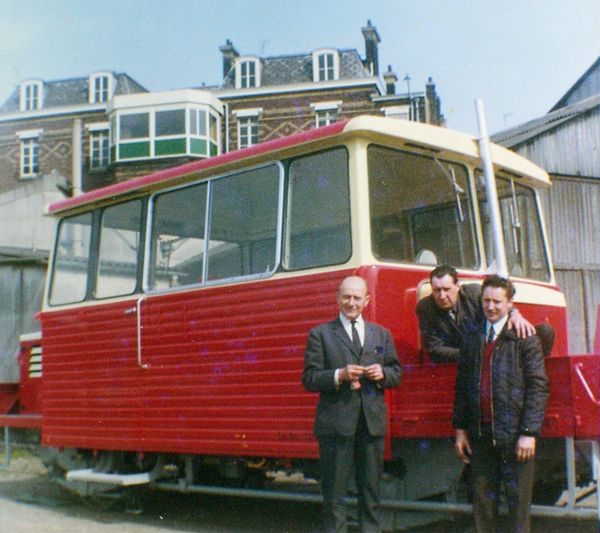