A front step is missing. No compartment lighting. The light frames, except pincettes, should be red.

The livery of this railcar dates from 1982; previously (1976 livery), the acronym SNCF of the faces was bigger and not framed, as in this photo of J.-P. Demoy. 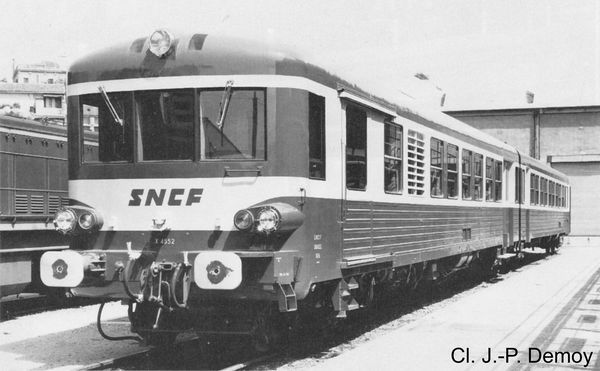 See the Loco-Revue Forum. Note: the link is on page 29, because it concerns my EAD version, and because the previous pages are of very little interest.

These machines have the particularity of being formed of a motor and a trailer inseparable in normal service, and provided with an intercirculation with UIC type bellows.