How to correct the lighting colour temperature?

First, do not rely on the automatic white balance, neither that of the camera, nor that of the retouching software! Indeed, in close-up, the subject occupies a preponderant part of the image, and it is impossible that the colour average of the image gives a neutral grey. Now, this is exactly how the camera proceeds: it assumes that all colours are present in the same quantity, and that if we mix them, we’ll obtain grey! This is far from always true. Naturally, this principle is more or less refined depending on the camera or the software quality.

For example, if you shoot a red car on a grey background, with automatic white balance, the camera will “compensate” by putting cyan (blue-green, complementary to red) on the background: 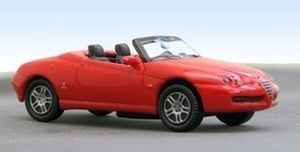 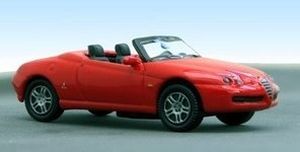 Conversely, a green model will be “balanced” by a magenta (pink) background: 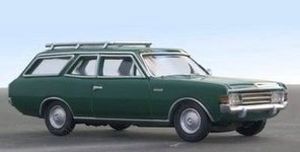 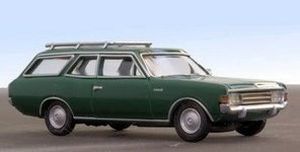 In the two examples, it can be seen that the main colour has darkened, and that the ground, supposed to be grey, has turned either blue-green or reddish. Do you find the effect burlesque? Wait, I have another one! What is the complementary colour of blue? Yes, at the back of the room? Congratulations! It’s yellow! So, look at this last example. 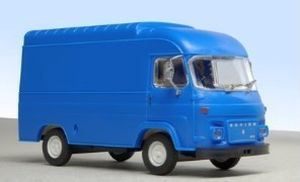 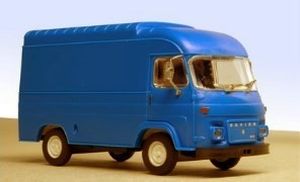 Here are two pictures taken from the Loco-Revue forum, by the same author, in the same series. I say for all intents and purposes that my goal is obviously not to disparage the author, who, in terms of wagon weathering, is a king! He is perhaps less interested in photography, and it’s a pity, because he could better highlight his productions. He probably set up his camera on Auto Balance.

In the first case, the green chassis of the wagon and the greenery of the foreground were compensated by a visible magenta dominant. 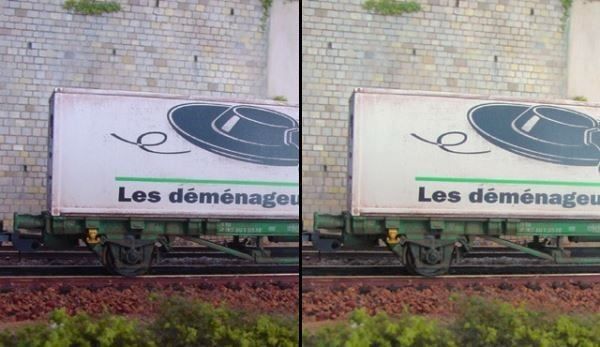 In the second case, there is a strong red-orange dominant due to the blue colour of the container. For the two photos, I tried (on the right) to restore a certain balance with the Levels, Curves, White balance tools. But naturally, it would have been easier and the rendering would have been better working from the originals rather than with reduced images published on the Internet. 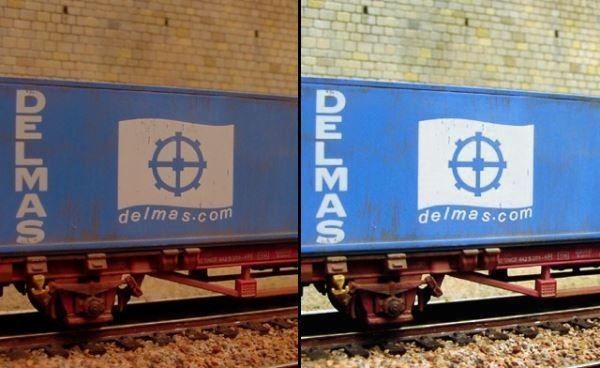 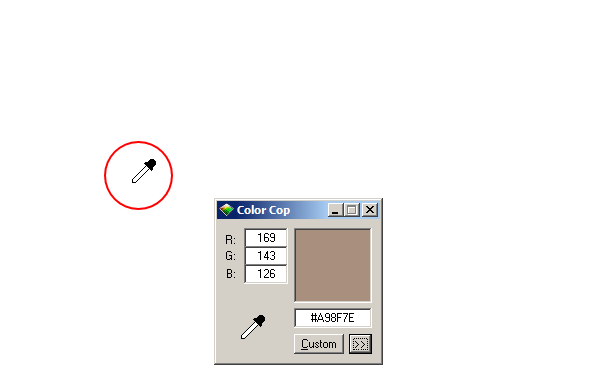 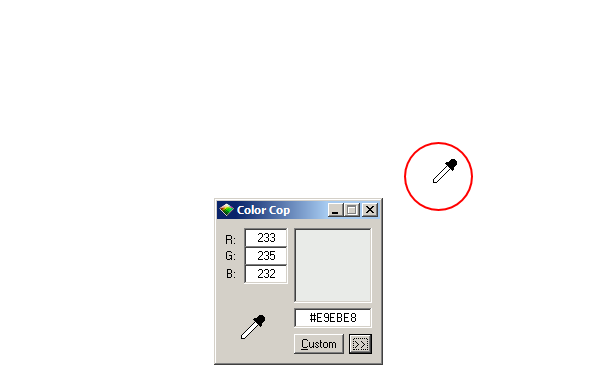 Some may think: “May be his screen is all rotten, and the original is good!” Well, first, if that were the case, the colour drift would always be in the same direction. But let’s admit. So, let’s use a colour pipette, which won’t be influenced by the monitor quality. One among others is Color Cop. You will be able to do the test yourself by installing this very convenient pipette.

You will agree that the flag background should be fairly white, and therefore its RGB components should be roughly equal? So, let’s compare. On the left, there is a maximum deviation of 43 points between components; on the right, only 3. No contest!

At a minimum, adjust the white balance according to the type of light used (full sun, cloud, flash, incandescence, etc.).

But the best is to start by photographing a white or as neutral as possible grey cardboard.

If the camera has a manual balance, use it for this shot. Otherwise, the photo of the cardboard will serve as the basis for the whole series of photos taken with the same light. If this light can vary, leave the neutral cardboard in a corner of each photo or even as a background. You will later use the colour pipette of the processing software on the photographed grey cardboard to adjust the white balance.

Above all, don’t rely on the computer monitor, especially if it’s an LCD display. These displays are in general very badly adjusted, and worse, do not render the same colours according to the angle of sight! Of course, if you got a display of excellent quality, therefore expensive, and well calibrated, so having used an expensive probe too, this remark doesn’t concern you, and you surely don’t need my advice…