I was led very early to associate two centres of interest: the train models and photography. My first serious attempts were to photograph my C 61000 HOrnby acHO shunter on which I operated to make it more conformable: 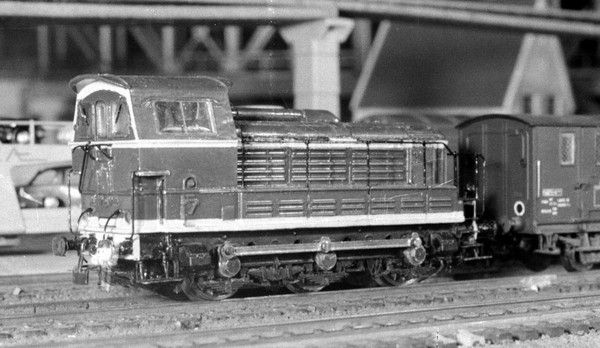 It was in the years 1975-76. For the connoisseurs, I had at the time a Zenit E camera with uncoupled selenium cell, and Helios 1:2-58 mm lens. The photos had been made in order to send an article to Loco-Revue magazine, never written… 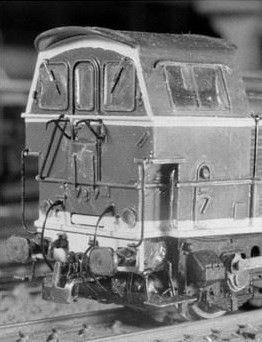 First, let’s note that photo of a model is not, as often asserted, macrophoto. Indeed, strictly speaking, macrophoto begins when the image (on the film or on the sensor) is larger than the object itself (it is said that the magnification is greater than 1), which has few chances to happen for a model, even as small as an HO scale car — except perhaps for a detail picture! No, it’s just close-up. That said, the problems are the same, just less accented.

What are the problems posed by close-up?

There are many! These include:

I’ll try to explain my method, first when taking pictures, then during “post-production”, a pompous term to say “computer processing”!

Note: some methods are only possible with a digital SLR camera, others are also valid with a compact camera. Personally, I do not consider a cell phone, even a “smart” one, as a camera. Very practical to take memories on the fly, it is certainly not suitable for making picture whose quality is supposed to highlight our models, although this is increasingly questionable considering the progress of these devices.