The idea came to me when I noticed that the ends of the coach can be removed, making it easier to install the miniature connectors. 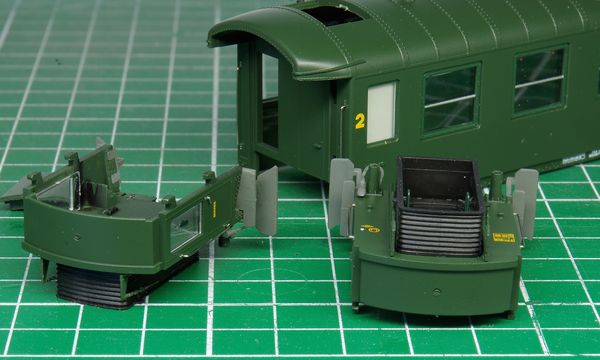 Preparing the end for the installation of the lamps

I drill the end wall right over the “fixings” for the lamp holders. 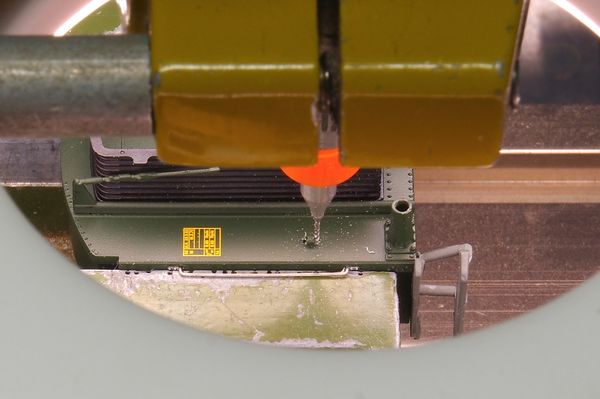 The result is, as for the coaches treated before, quite discreet. 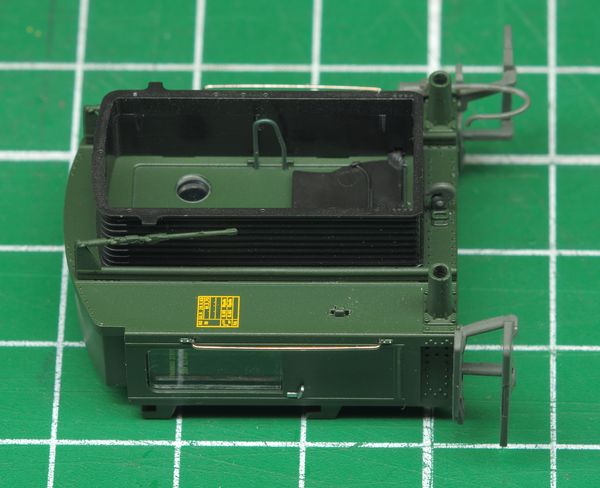 I’m doing a blank assembly of lamps, which will allow me to see how it looks like on the connector side. 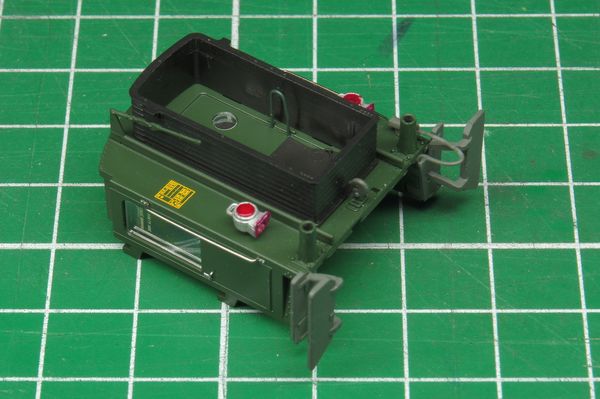 Rearview showing the installed connectors. As the holes are very close to the wall on the inside, it’S impossible to mount the connectors on the proper PCB? which would be too visible through the door window anyway. I’ll have to glue them in. 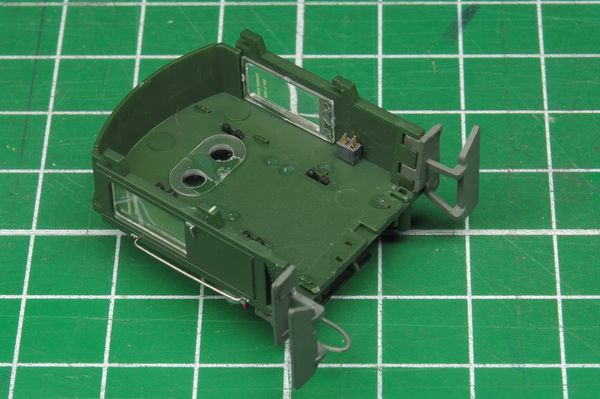 I first solder wires on these tiny tabs, after tinning. These tabs, not designed for this purpose, are very fragile: I broke two of them! 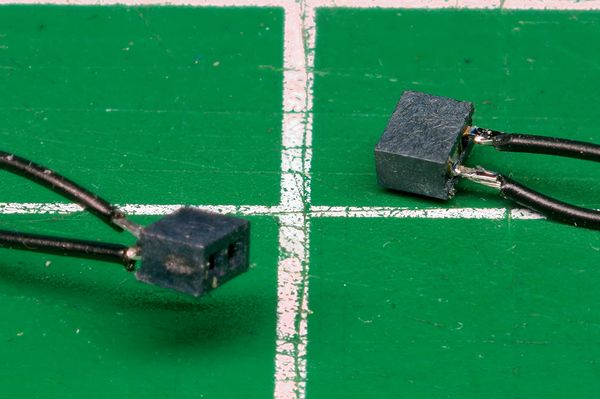 Mounting and gluing the connectors 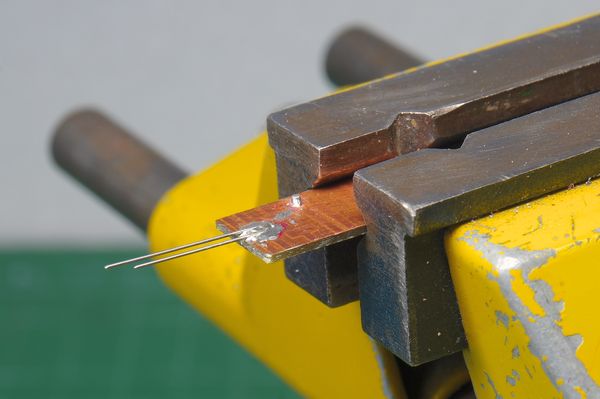 The end of the coach is slid on, through the holes in the lamp holders, and a connector is placed on it. A drop of CA glue is placed on the side. 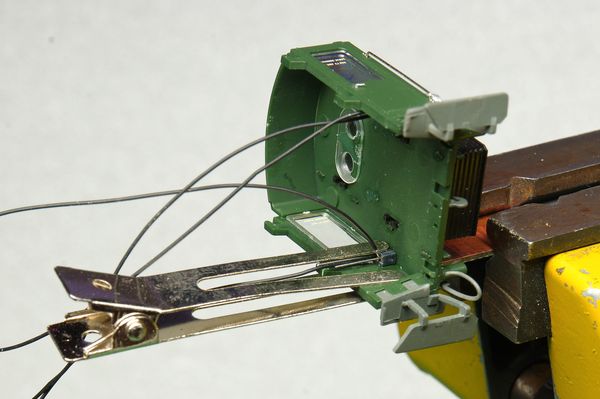 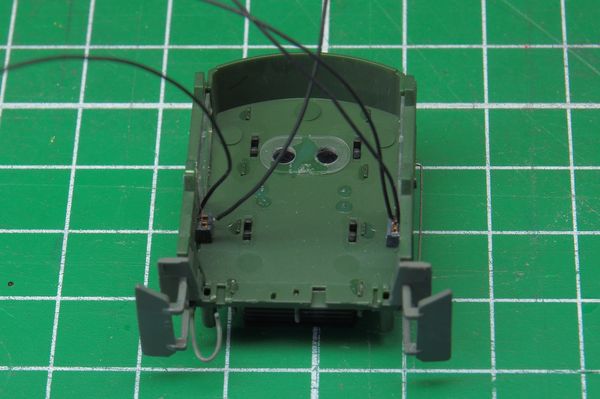 Note: I used only black wires to keep as much discretion as possible. A small piece of red heat shrink tubing will be used to mark the positive polarity.

Preparing the body for the wires

The wires will run along the windows and then enter the body through two holes under the roof. It turns out that I drilled the first holes too high (they would have prevented the part from sliding from bottom to top, back in its position). So, I re-drilled them a little lower (ø 1.3). It would be possible to pass the wires around the central clip, but they would be less well guided. The hole solution keeps them as invisible as possible. 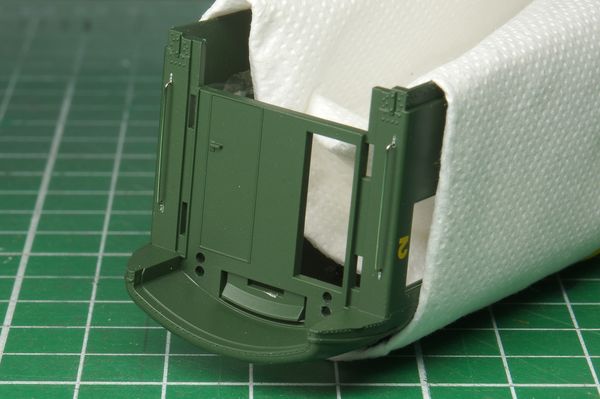 Click on the image to zoom in. Appreciate the fineness of the engraving of the handrails.

The wires are glued with Kristal Klear along the door windows. Care must be taken to ensure that they don’t extend beyond the contact plane with the body wall, hence the vertical clamp. 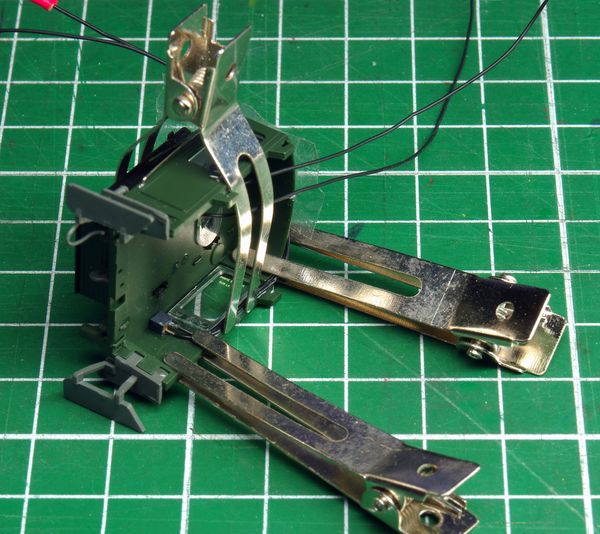 Here is the finished gluing. 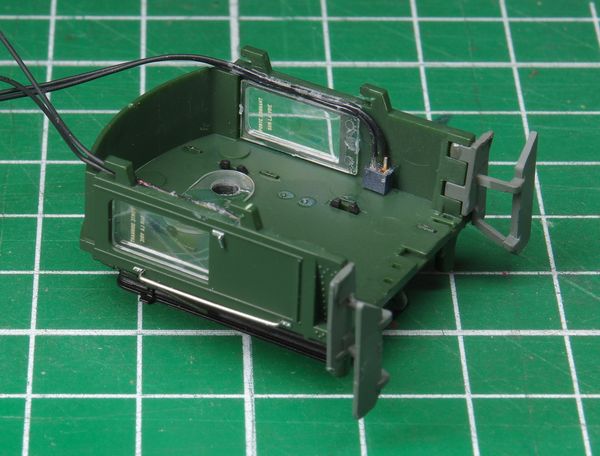 Reassembling the part onto the body

The wires are passed through the holes provided. The end of the body is snapped on without difficulty. Inside view: 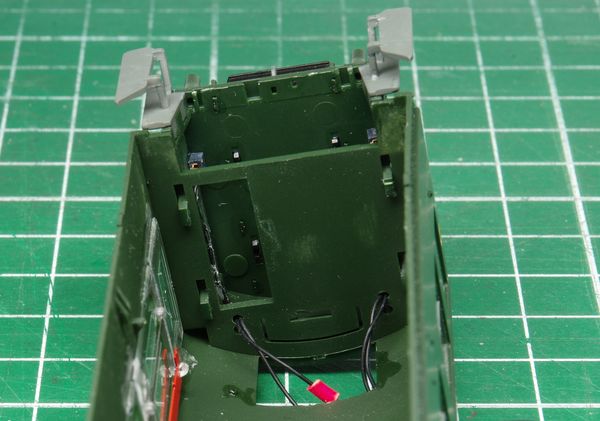 The wires are taken out through the water tank hatch, which will allow me to solder them through this opening on the future lighting strip, after the body is reassembled on the chassis. I test the operation. 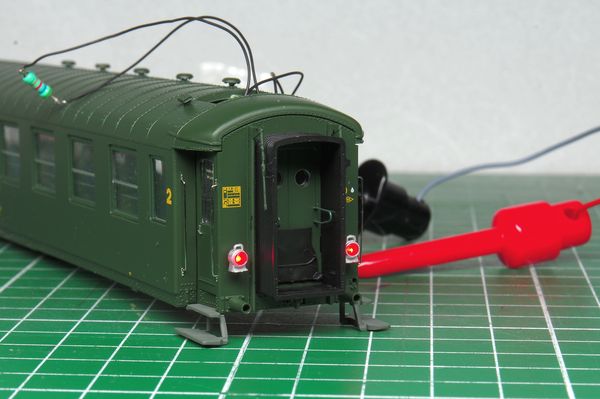