This coach, which looks very good (except for a slight counter-sag in the body), has a mechanical defect.

The power supply is provided by the axle tips turning in the metal sides. The latter have vertical protrusions — tongues — which pass through the chassis and rub on blades inside the body. These are too short and not flexible enough. As a result, the bogies are hard to turn, even when the pivot screws are loosened. Even more annoying is that the chassis cannot be supported on the bogies by the existing supports.

So I’m going to replace the contact blades with wires. Afterwards, I’ll install a compartment lighting, which will also control the built-in tail lights. Finally, I’ll install removable lamps on the end opposite the tail lights.

Modification of the power supply

I start by removing all the internal wiring. To do this, I have to dismantle the interior fittings. The fixing clips are quite hard, so don’t be afraid to pry firmly with a cutter blade.

The contact blades, the wires (glued to the compartment walls) and the printed circuit board are removed. The red and black wires of the lights are unsoldered. 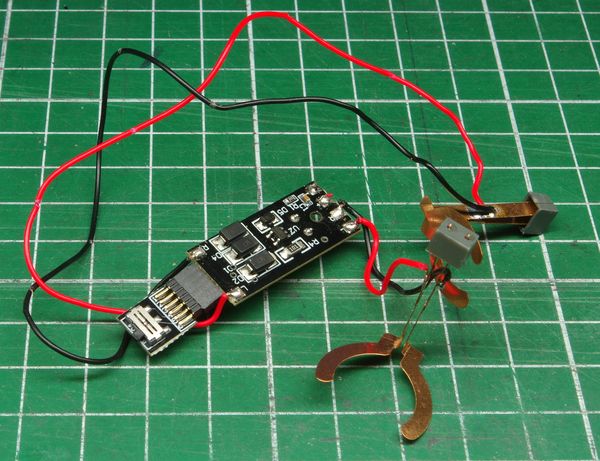 On the right in this picture, the contact blades in the shape of an arc. On the left, the power supply circuit for the tail lights, with an anti-blinking capacitor and a NEM 651 compatible six-contact connector. A slide switch for controlling the lights is connected to this connector. Unfortunately, it’s not accessible without dismantling the coach.

The tail light LEDs are mounted on a tiny printed circuit board glued under the interior fittings. 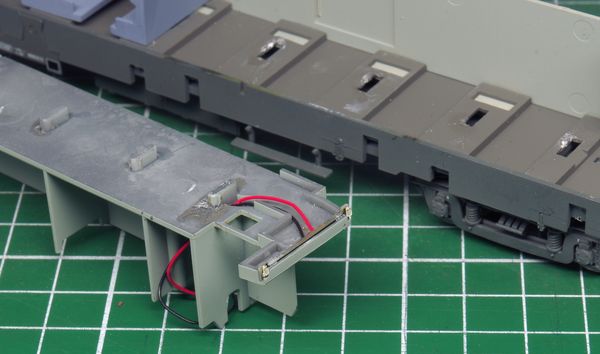 As usual, I planned one LED per compartment, plus one for the toilet and the access platform. But the construction of the body ends means that the platforms do not communicate with the rest of the body. So they will not be illuminated. View of the dismantled ends. 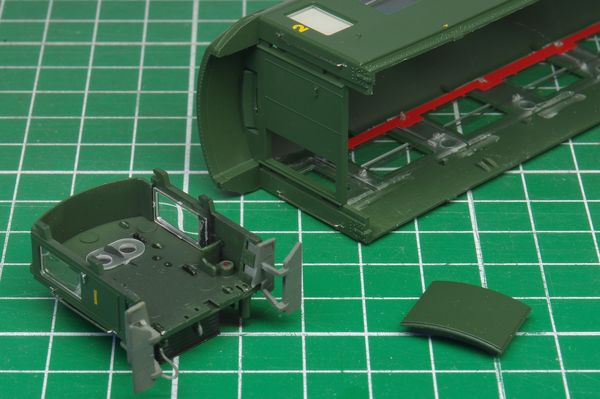 On the van side, there is no need to consider lighting with the original layout, as REE has placed partitions that don’t exist in reality and that hide the middle of the compartment. 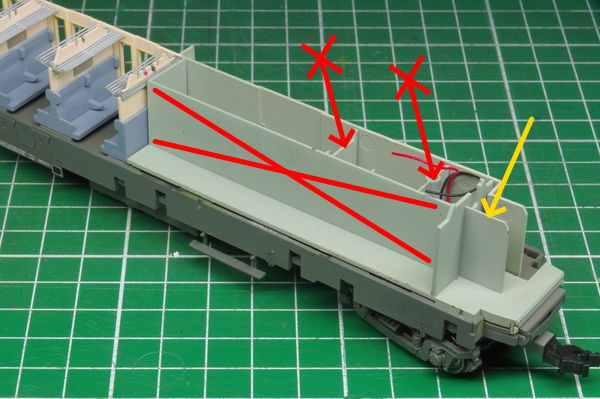 The partitions marked in red must be removed. The yellow arrowed one doesn’t exist in reality either, but it hides the passage of the wires coming from the bogies. I removed it, and I didn’t notice the problem until it was too late!

For the long partition, I attack the base with an X-Acto knife passed backwards (with the back of the blade). For the small partitions, I use a jeweller saw. 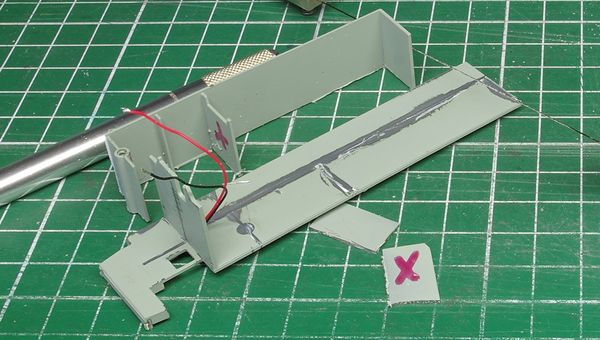 After sanding, I cover the cut-out areas with a 0.25 mm thick polystyrene sheet, glued with thin double-sided adhesive. 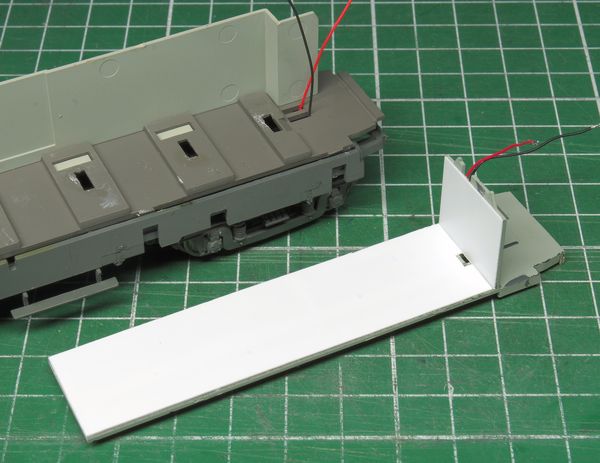