New lighting for the other coaches

On the heels of the driving coach, I’m going to re-equip the other seven coaches. Indeed, their previous equipment had been made as they arrived, with modifications each time. The most visible result was the uneven lighting.

The tricky point is that the top floor layout is no longer removable, because it is now glued — and well glued — on that of the bottom floor, which will force me to intervene in situ.

This last part has two purposes:

Here is its diagram.

This idea came to me after the solution used for the driving coach, which was not very practical.

A big advantage is that the strip will be automatically centred, because this part has the same width as the ceiling: any offset will be very visible and can be immediately corrected.

Here is the lower strip stuck on the ceiling cover as well as the high strip seen this time on the LED side. 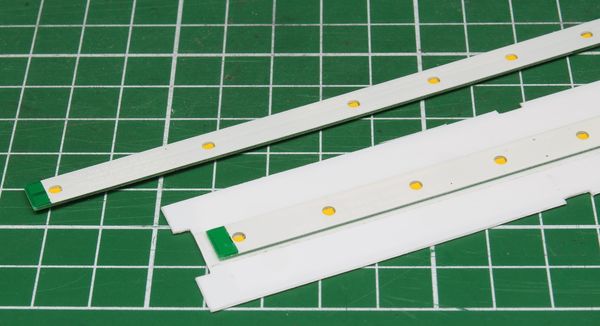 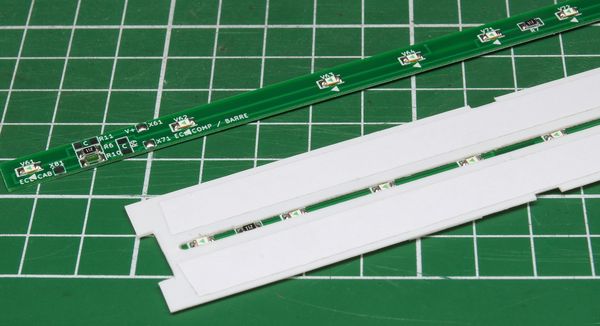 We see that the strip is guided into the slot thanks to its devices. Its sticking on the cover is made with thin double-sided adhesive. The same goes for the whole under the ceiling: the adhesive strips are already in place.

The sticking is done. The protective strips have been gradually removed in order to properly align the cover under the ceiling.

Note the presence of the supports that hold the upper floor. They were made necessary in the last series, where this part tended to bend, because it was no longer snapped onto the body (more precisely on the glazing).

Then the power wires are soldered onto the copper strips. 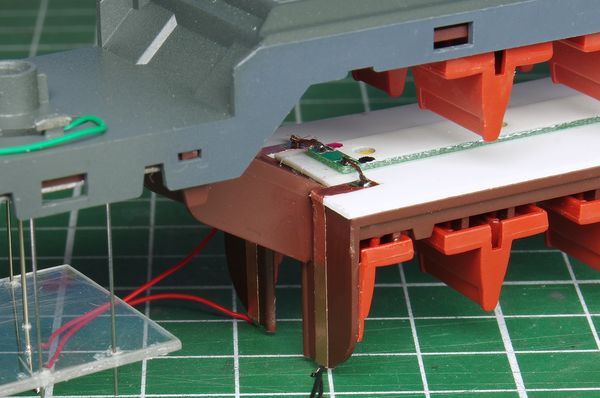 Finally, the higher strip is stuck to its supports and then connected.

Hover over the picture for a larger view. 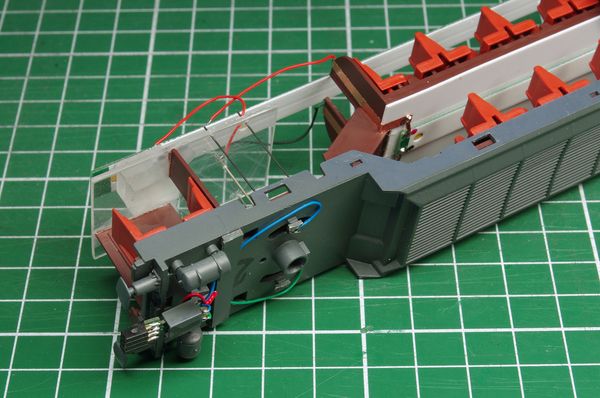 These are the new conductive couplings, the description of which is given in the article An electrical four-pole coupling.

View of the coupling on the female connector side. The wires are held by a tie (mini wrap wire) at the NEM box rear to avoid breakage due to fatigue of the solder. I have often observed this defect on industrial equipment (ABJ Electrotren, Picasso Mistral for example). 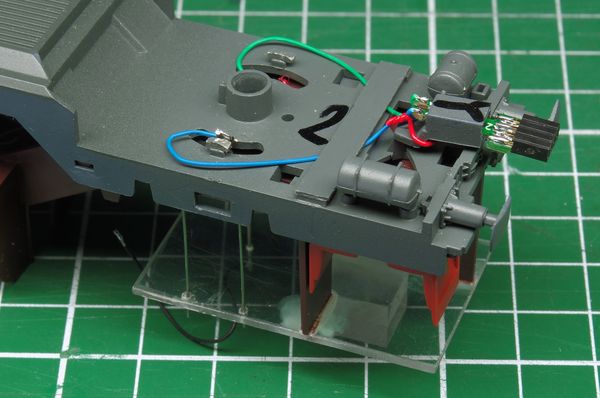 Same thing on the male connector side. 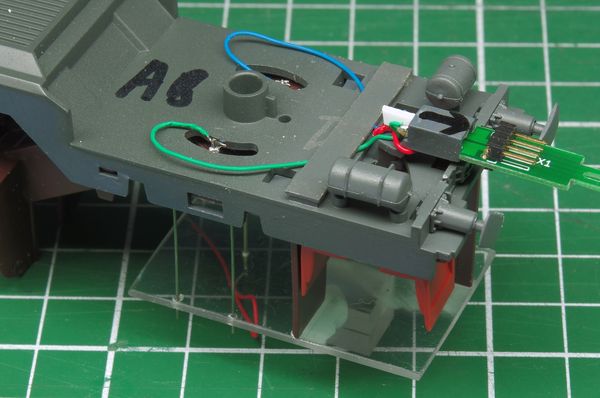 A small wedge made of plastic card of section 1 × 2, bevelled, is inserted into the drawbar to avoid its untimely extraction.

Function test, with a “flying” connector. 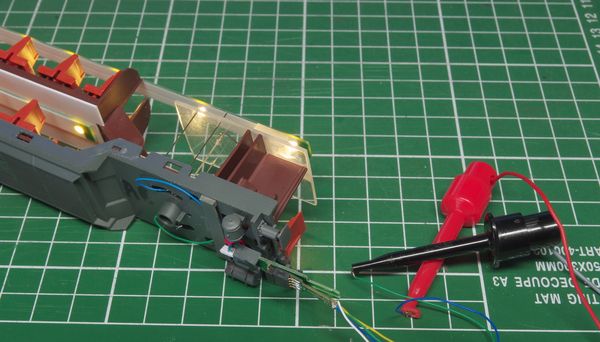 The reassembly of the body does not pose any particular difficulty. However, pay attention to one point: before snapping on the chassis, keep the body sides properly pressed, otherwise the clips will go underneath and the sides will spread.