Drawing of the gantry crane - continued

The cab shown on this photo, which I want to reproduce, differs from the one of the diagram: it has sloping down sides to improve the visibility of the driver.

Click the following colours to highlight the corresponding item. 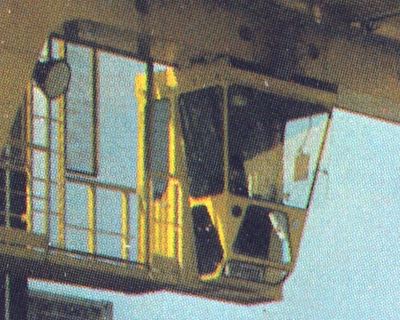 At the level of the ladder giving access to the upper walking platforms, there are safety grilles whose position and fixing are not obvious. So, I’ll have to make assumptions while trying to stick closer to reality.

Click the following colours to highlight the corresponding item. 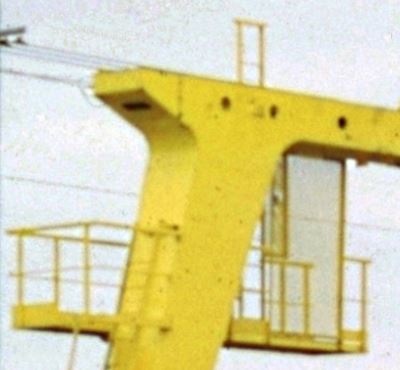 So, here is my interpretation of this cab and the associated guardrails. The gantry crane leg is left in “wire” to allow to see the hidden parts. The pieces are obviously in false colours. The cab windows are made of transparent, 0.25 mm thick (at 1:87) material. The high and narrow grille above the rear guardrail (highlighted in red on the photos) has not been shown yet, as I do not see how it is fixed. The colour conventions are the same as in the previous pictures. 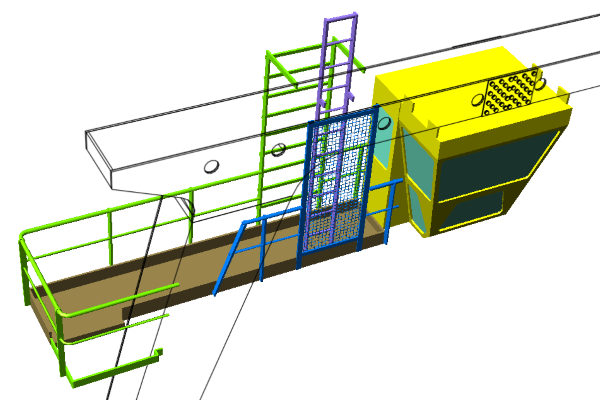 The rear protection of the ladder appears to be a horizontal bar frame, but it is not possible to know whether the bars are round or rectangular. I opted for the rectangle, easier to weld on the chassis. The superior shape of the latter is at most probable.

For the access ladder, the step pitch can be estimated in relation to the height under the deck access to the cab. It is probably 300 mm. The distance between rails is 400 mm. There is a total of 24 steps. To compensate for the cheating of 40 cm on the height under girder, I am obliged to take the step to 320 instead of 300 mm. There is a support and a security hoop every five steps. The first hoop corresponds to the third support from the bottom. The hoops are connected by rails, one on each side and one upper, to form a safety ladder. The rails will be welded up to the stairwell opened in the cabin access platform. 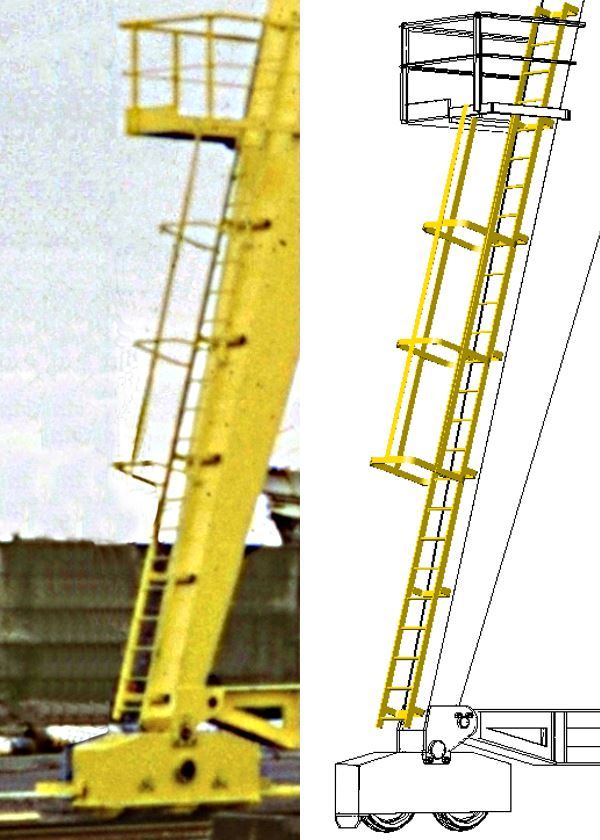 In the photo of the gantry crane under construction, we see that the lateral safety rails are missing. Maybe they had not been originally planned, and were added later to improve safety.

It’s going on… Attention: the ladder must be motor side. This must be rectified! 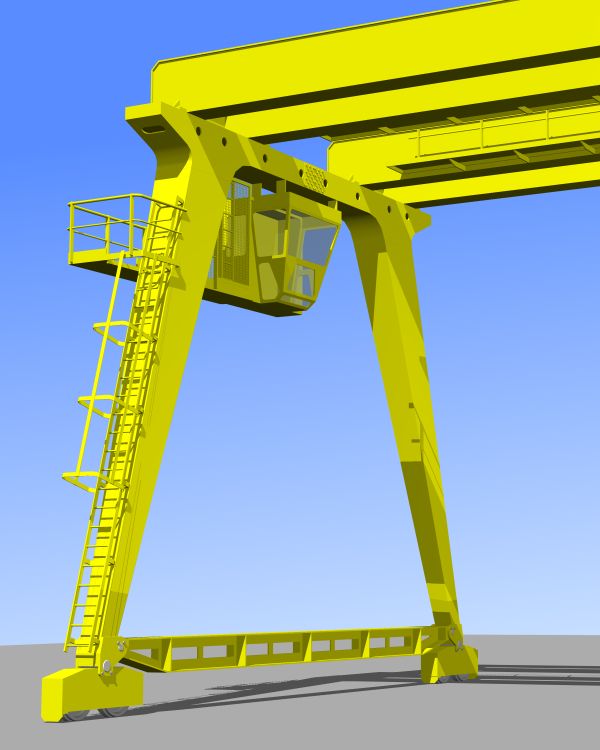 Here, I will have to appeal even more to the imagination — while remaining in technical logic — because I have no photos of views from above (except a Google Earth satellite photo of very little detail). Between the two girders is a rather large platform (coloured in red), placed on beams, bearing two electric cabinets, one for lifting, the other for translation and direction movements. 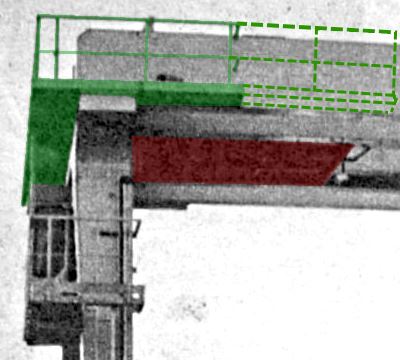 A walking platform (coloured or framed in green) runs on less than half of the turn of the gantry and communicates with the platform previously seen. It is accessible by the ladder located near the cab (framed in blue). However, one cannot distinguish an opening at this place. There is probably an access hatch closed in normal use, for safety reasons. 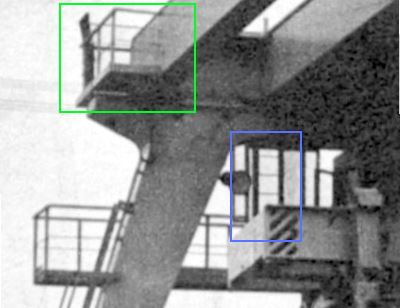 Note: in the photos of 2nd generation gantries, it can be seen that the corridor extends further towards the middle of the girder, in line with the central platform (green dotted lines on the first picture), probably to improve the access to trolleys.

Here is how I imagine these elements. As for the platform guardrail (in front of the cabinets), I assumed it is independent of that of the walking platforms attached to the girders. Indeed, the elements are mounted one after the other; the platform being mounted after the girders, I think it must have an independent guardrail. At this place I have also placed a flange, for it can be seen on all the walking platforms; their role is to prevent objects such as tools from falling. Always safety: a big wrench can do some harm, falling from a height of ten metres… 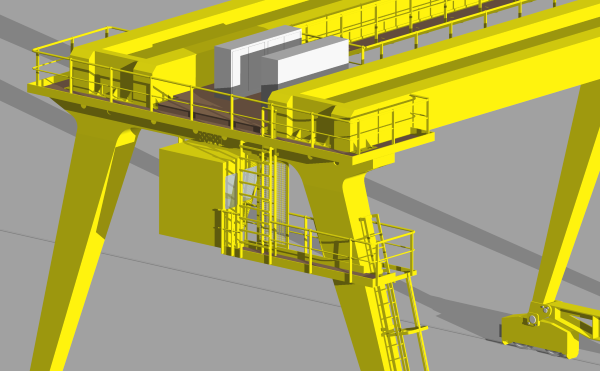 In this satellite photo, the cabinets are invisible, protected by a double slope roof, probably in corrugated iron. On the other hand, the visible link between the two trolleys (a white line passing over the cabinet roof) is used to control the offset between these trolleys. 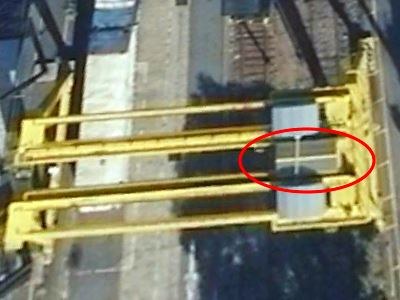