Preliminary remark: the construction I’m going to show you is quite complicated, because of a not so good part design. For a possible future version, I strongly revised this design, replacing for example seven main parts with only two. In particular, the sides will form a single piece, and the covers too, as shown in the image opposite.

This will make it much easier to hold them together for soldering. 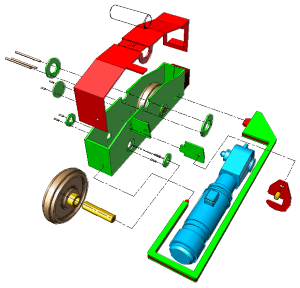 Soldering being done from the inside, it is necessary to tin the parts with solder cream. Take care to remove any extra thickness, using a sucking wick. 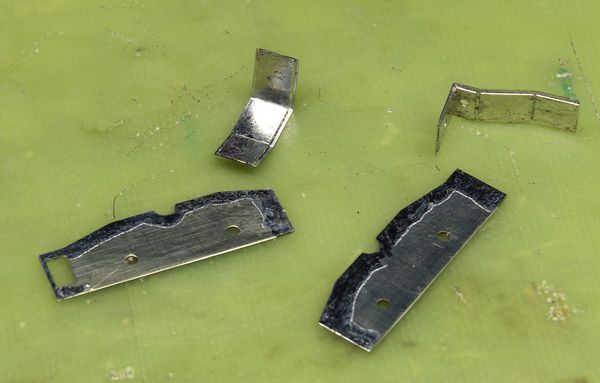 Here again, a template is very useful for mounting. It consists of a 4 mm thick aluminium core, which I made with two 2 mm plates. It is drilled to receive false axles which will position the sides. It would have been more practical to replace the false axles with M1.2 × 8 bolts, made of stainless steel so as not to be soldered. Since I didn’t have any, I had to install larger diameter screws (2 mm) at the edge of the parts, with washers and shims for thickness compensation. It was not all very practical but, for a total of four copies, it was good enough.

Here is the template, already used, we see the consequences. 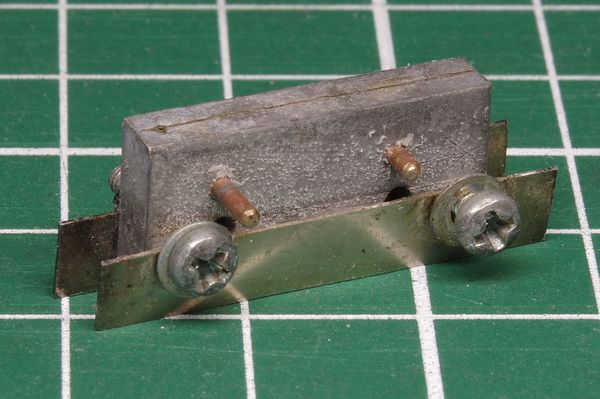 Here are now the parts mounted on the template, with multiple clamps to hold them.. 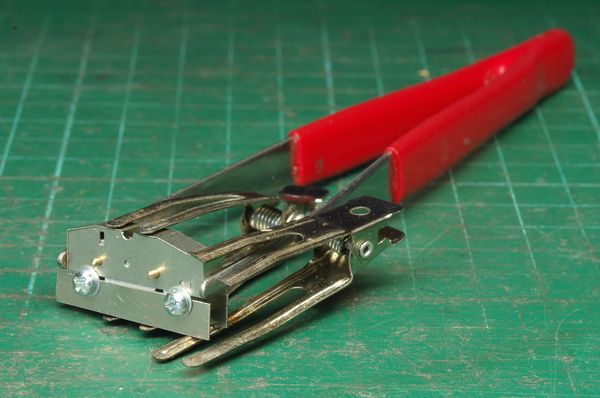 The truth obliges me to say that I didn’t succeed in soldering the whole at once: a rebel always put itself through, and the tweezers, too heavy, slipped and escaped!

So I decided to solder first the central part of the covers, then only in a second time the inclined and vertical parts. Here is the result. 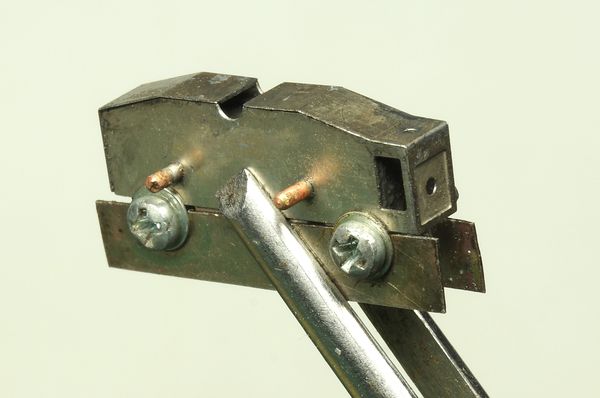 The wheels are made up of photo-etched disc stack. If you’ve got a lathe, you might prefer to make them from wagon wheels. The dimensions are given in the instruction booklet.

The discs are stacked, with their hub (brass tube), on the tail of a drill bit, each coated with soldering cream. After having inserted spacers, they are manually pressed using pliers and then torch-soldered. 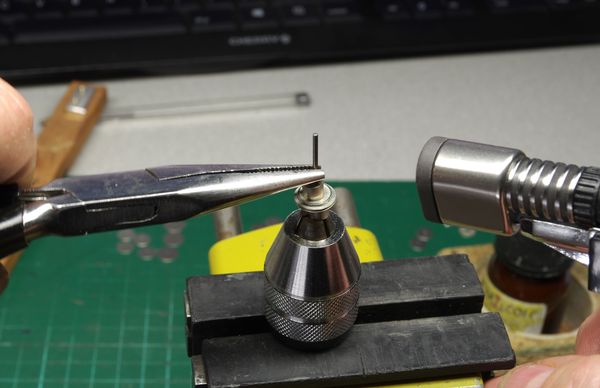 They are finally machined into a mini drill using a file.

The wheels are mounted on their axis inside the bogies, then the bumper support and the multiple small flanges are soldered in place. The difficulty is to orient them correctly, with the “screw heads” in right position, which I have not always succeeded in (see photo below). Again, the new design will make things easier.

One of the carrier bogies receives its brake wheel, the driving bogies will receive a motor block and a bumper in 3D printing (below a bogie has been provisionally equipped). In the future design, the bumper will be made of metal as well as the suspension of the motor block, the aim being to limit the number of parts in 3D as much as possible, while allowing greater fineness and solidity.