I won’t go into much detail on this realization, because using 3D printing did not entirely satisfy me on several points: 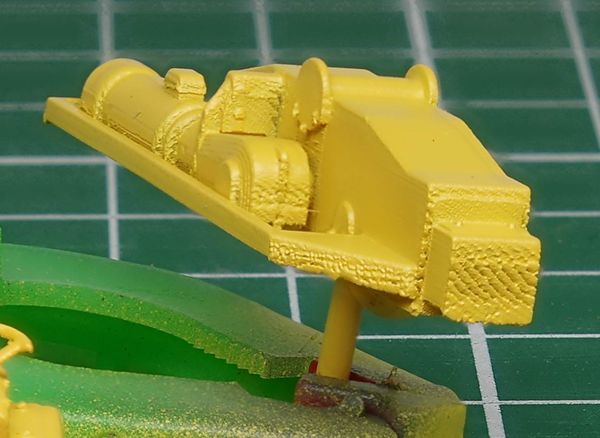 Curiously, the surface roughness has no obvious relation with their obliquity.

Each realization, this one as the other described further, requires a combination of both techniques, 3D printing and sheet metal soldering, but in different proportions.

Seen from afar, 3D realization seems pretty good. Its assembly is still faster and requires less technicality than that of soldered metal which will also use 3D parts, but in small number, and will be globally cheaper.

Here are some pictures of this first realization, presented on a small diorama built for the occasion. The only parts that are not in 3D printing are the footwalks, the ladders and the entire spreader. This spreader, more detailed, will be described in the second construction.

It will be noted that the driving cab is absent. Indeed, this part posed the most difficulties for me, and the first ended up exploded into pieces! As of this writing, I’m not finished with these issues yet.

You can move the mouse over the images to see more details. 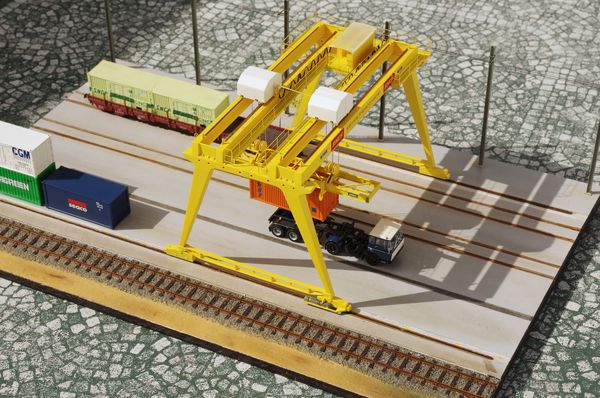 Testing the spreader horizontality with an LS Models swap body. Note that the gripping is carried out without problem, as long as the container meets the NEM standard. The rope length adjustment is very simple. 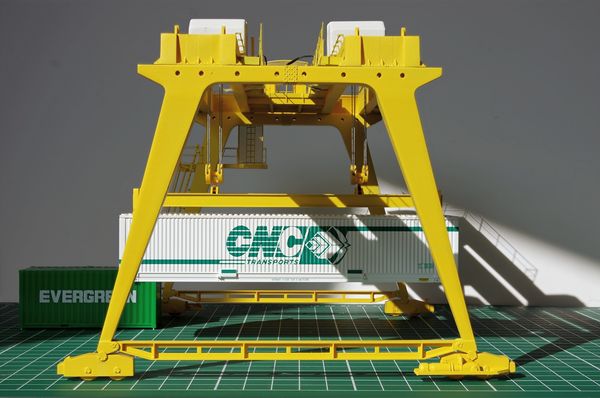 The markings were made on special decal paper, with my inkjet printer. It’s fairly simple and inexpensive, but there are a few drawbacks: 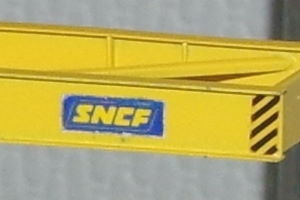