This is basically about interior fittings and steps.

The new steps are nickel silver because they are prominent, so possibly hurted. The steps will be in 0.3 mm thick sheet metal salvaged from photoetching. The uprights will be in rods of rectangular 0.3 × 1 mm section. 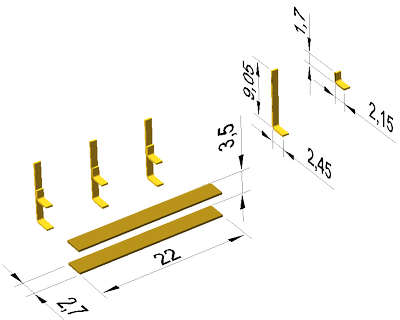 In order to get the steps well parallel, it is necessary to envisage a mounting on template. The uprights are soldered on an 1.6 mm epoxy template, milled to the desired space. Then, the lower step is soldered, then the upper step by holding it with a wooden board of the desired thickness inserted between the two steps.

Here are the manufacturing steps. 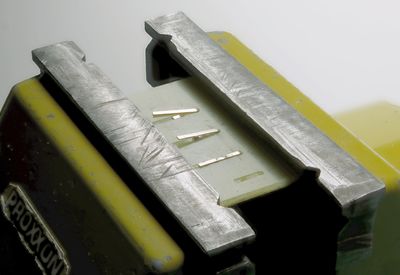 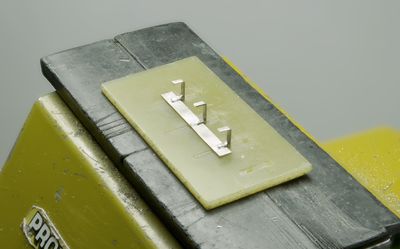 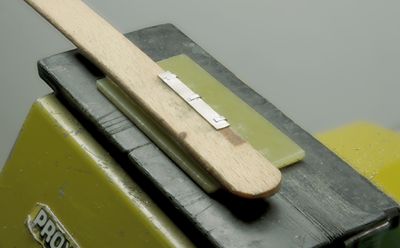 The principle is the same for the small steps, but the fixing system is a little different because they will be fixed on the bogie. Here is a large and a small finished steps, before painting. 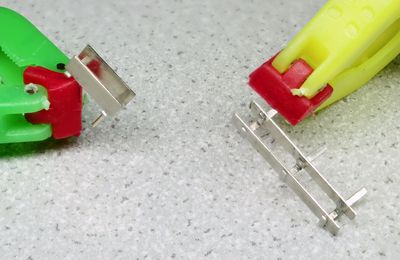 As illustrated on page 2, the pivot is a ø 0.6 nickel silver rod soldered on a step upright, passed in the hole provided in the chassis then formed in a loop for receiving the return spring. It would be more practical to make the loop before mounting it on the chassis, but this is not possible because the soldering heat could melt the plastic.

The stop, also in ø 0.6 nickel silver rod, is positioned at the level of the central upright, and not at the other end, because it would then interfere with the bogie, which we just want to avoid! 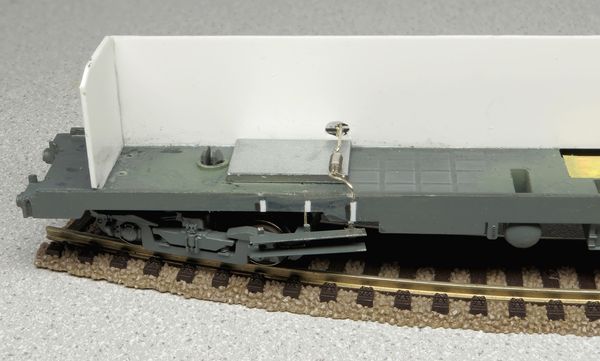 The small white strips are pieces of Evergreen that were used to fill erroneous milling (they are only useful for fixed steps).

The advantages of this system compared to fixing the steps on the bogie are: 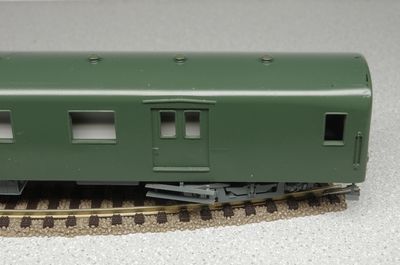 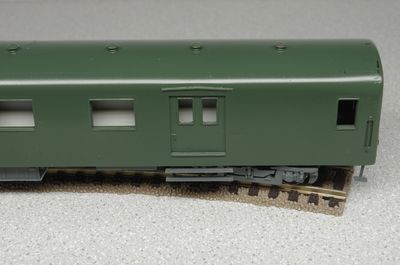 The first tests did not show any particular tendency to derail, despite the fine-flanged wheels mounted.

It is a simple U-shaped partition, with an additional wall for the toilets. A door for the head compartment is also planned (milling). This partition is visible in full on the previous page.

The decoration is made with self-adhesive inkjet photo paper.

The hatched parts are to be cut: window of the compartment and path for the moving step return spring.