Raising of the coupling

Lowering the body causes the coupling to lower as well. It was already low enough: I had noticed frequent uncoupling with the PBA generator van. It becomes even lower.

So we have to raise the coupling. I chose a minimally destructive, backtracking method already used on HJ cereal hoppers: thin out the coupling tail and place a wedge under it.

So I reduce the thickness of the tail by 0.5 mm (that should be enough) by milling. I use the montage that had been done for the cereal hoppers. Milling is done in shallow passes to avoid tearing off the rather fragile ends. I take this opportunity to shorten the NEM box by 1 mm, as the coupling was far from being buffered. 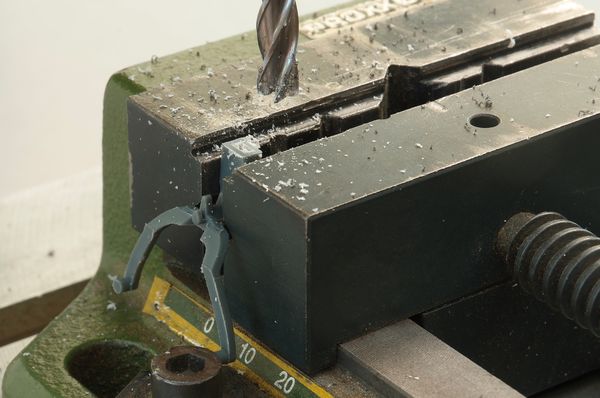 Finally, I reassemble the coupling with the 0.5 mm thick polystyrene raising wedge, then I drill a ø 0.6 hole to place a pin that will secure the coupling, the wedge, and the NEM box. Caution: the pin must not protrude beyond the upper surface of the NEM box, as the latter is flush with the buffer beam. 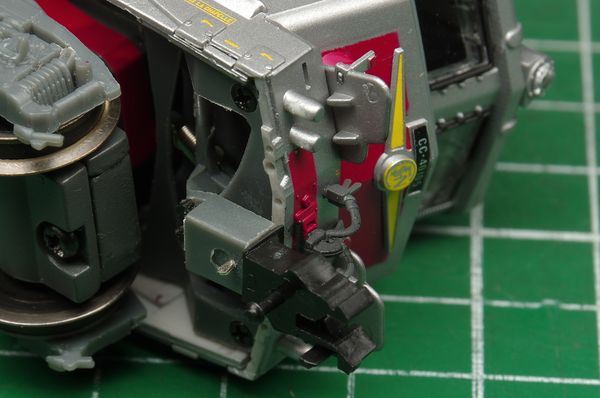 Note: I usually prefer to place the pin horizontally, but here the reduced tail thickness could be a problem.

Raising of the buffers

After checking, I was surprised to see that the buffers, which logically should be 0.5 mm too low now, are actually a good millimetre too low compared to reality. Let’s take a closer look at the buffer beam of the actual loco, and compare with the LS Models’. 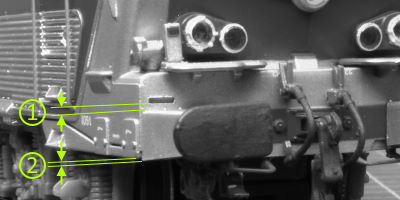 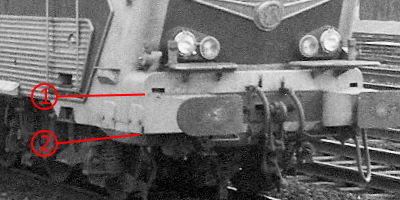 The idea is therefore to raise the bushels, not by 1 mm, which would be exaggerated, but more reasonably by 0.5 mm. The bushels are plugged into two conical tenons whose base diameter is 1.6 mm. So I plan to plug the holes with polystyrene rod, then re-drill the bushels 0.5 mm lower, which will automatically raise them by the same value. The difficulty will be to drill horizontally… The distance between the tenons is 2.9 mm. 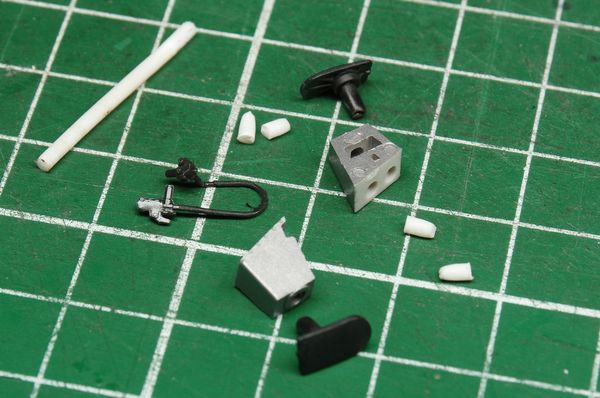 Here is the sequence of operations.

Boring. The part is held in the vice and rests on a wedge (hardboard) to ensure its horizontality. 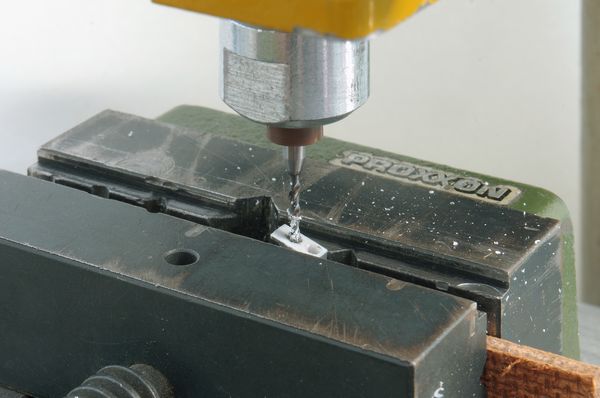 Appearance before / after machining. I could have gained another tenth or two of a millimetre… 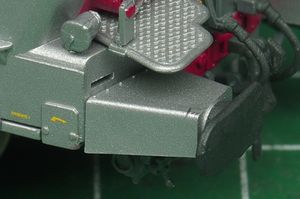 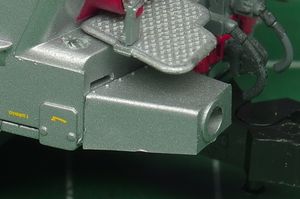 Considering that these steps have always been around, regardless of the 40100’s “skirt removing” state, I wanted to install them. But this limits the rotation of the bogies. To ensure the running on a 500 mm curve, the top of the bogie sides must be trimmed.

I place the part in the vice, with an inclination based on an existing relief (about 15°). In successive light passes (0.25 mm) because I cannot tighten the part very strongly, I remove about 1 mm in the corner marked with a stroke of red felt pen, over a height of 2 to 2.5 mm. Result on the left compared with the original part on the right. Note the broken axle box step on the left, still a sequel to the fall… 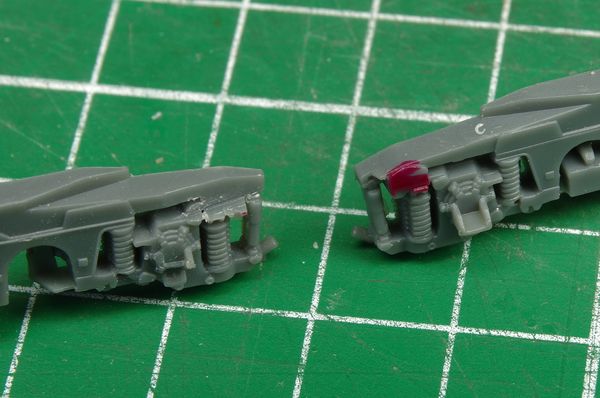 Trimming is hardly visible in the loco.

Here we are at the end of the modifications. It remains to replace the side number plates, removable, which also suffered from the fall (not visible on photo above because I swapped the plates with the other side). There are some in arcap at SMD, but I find the characters a bit thin. I may have some photo-etched on the occasion of a future order from Etchworks (Hauler).