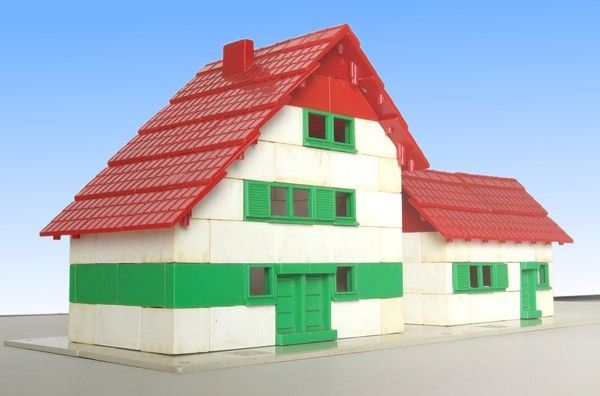 Beginning of the 1960s. Interesting construction set because you could make buildings to HO scale (train models) or O scale (Dinky Toys!). Quickly disappeared, eliminated by the success of Lego which was probably more versatile.

We had a universal box the number of which I don’t remember plus a No 907 box l’Eglise (the church). It lacks a few pieces, but almost everything is still there in 2013.

The creator of the Pierres magiques, Etienne Jouët, is also that of Circuit 24.

The Pierres magiques are by no means the ancestor of Lego, as I have read here or there. The first Lego bricks appeared in 1932 (Wikipedia article)! 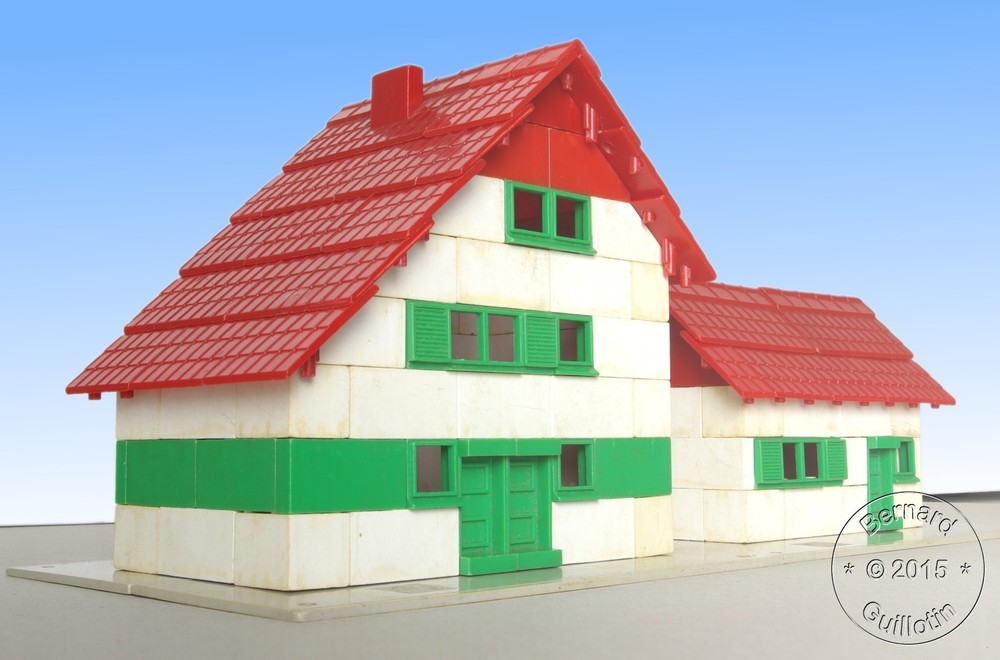