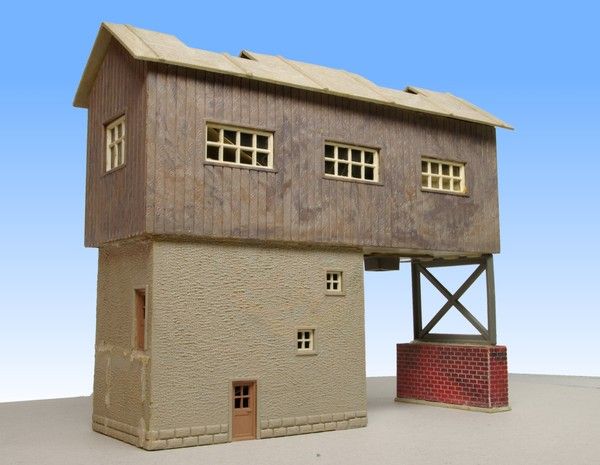 The E letter in the reference means electrical, because the hopper is equipped with a solenoid-operated valve. Model appeared in 1966, originating from Pola (German brand).

The plant was supposed to be fed by Decauville wagons, and to unload its products in normal gauge hopper cars.

I had made a rather coarse collage, probably with liquid Scotch or Limpidol glue. The parts begin to take off, and the photo shows that a serious restoration would be necessary! 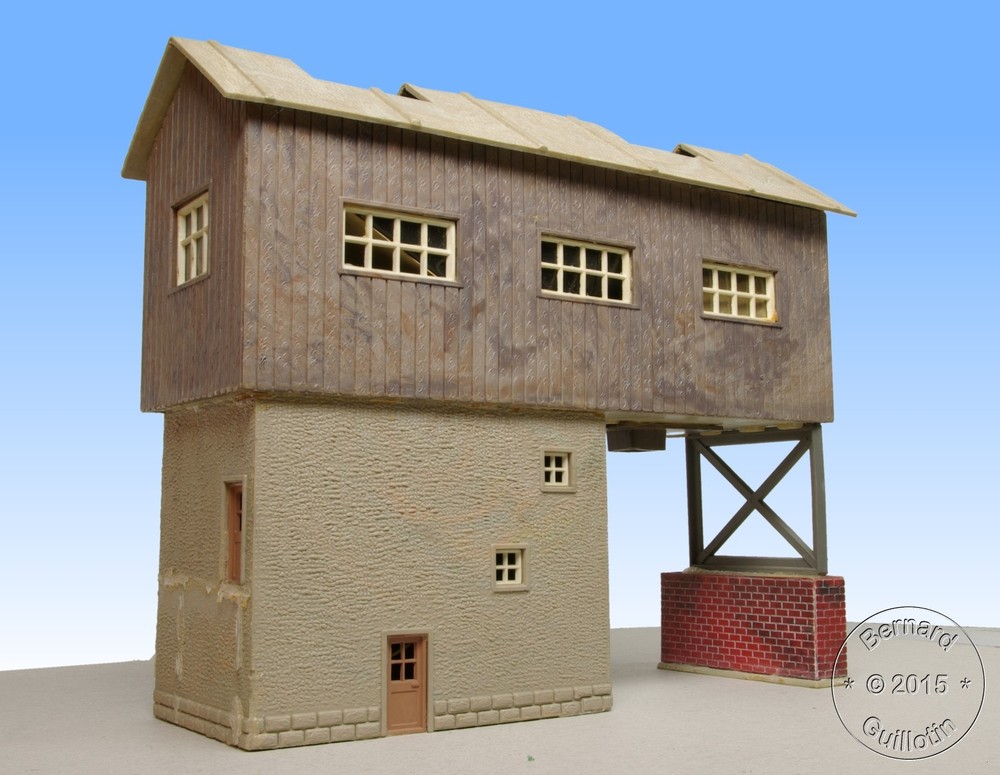