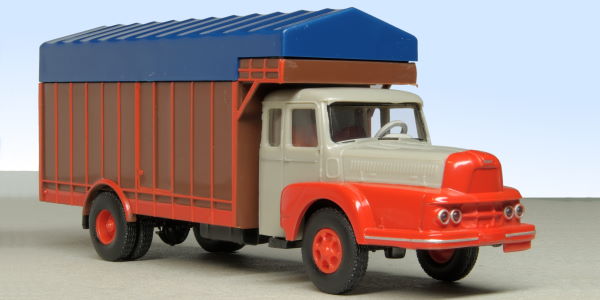 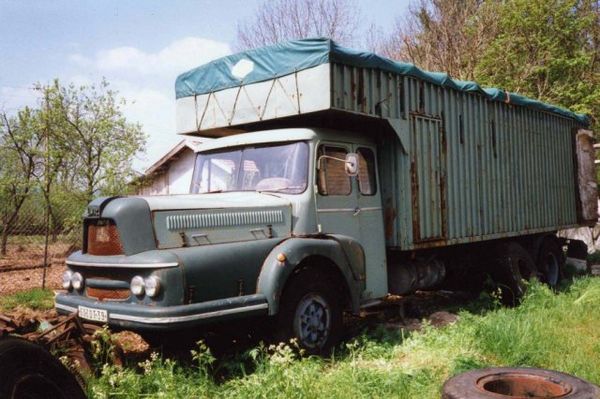 What strikes first is the bending of the chassis behind the cab. It turns out that it is the box wedging that produces this, because the chassis beams are very weak. Once the lorry is out of the box, the chassis will roughly return to its proper shape.

At first glance, the whole thing is OK except the very bright tarpaulin and unpainted wheels. But there are big plastic burrs at the top of the windscreen, and the steering wheel is way too thick. 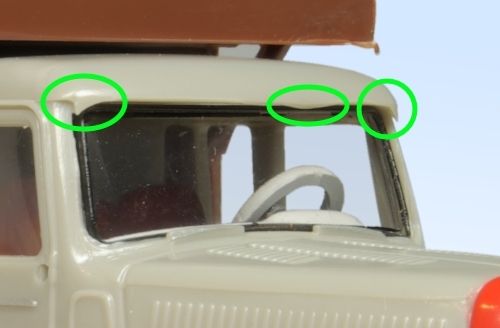 Moreover, this windscreen should be in two parts, even if the central upright is very discreet. The bottom of the headlights is not silver, which makes them very dark, as it is almost always the case. The cab is unpainted except for the wings and bonnet front. It lacks chrome on the strip above the headlights.

Two mirrors are provided, to mount, as well as a rear hitch hook. No rear licence plate holder.

This lorry disassembles very easily, nothing is glued, a good point if you want to change or repaint something. There are two locations to assemble the chassis and the cab, which suggests that longer or shorter chassis versions are to come.

Here is the picture of the disassembled vehicle.

If you know German, or with the use (at your own risk!) of the Google translation, you can read the article of m087.de, which is rather critical on this model.

On the “primeur” (vegetable transport), the “capucine” (part of van above the cab) was used to store the empty crates for the return, leaving room for loading on the bed.

UNIC was one of the major international players in commercial vehicles before the French brand was merged in 1976 into the Iveco group.

Our model dates back to the year 1954, when the newly developed UNIC ZU series lorry was introduced with a modern bonnet cab. The distinctive shape of this vehicle is due to the designer Philippe Charbonneaux. UNIC describes the line as “semi cab-over”. In fact, the cab was located — for a very unusual bonnet — almost on the front axle. There were two bonnet lengths depending on the length of the 4 and 6-cylinder engines. Our model is the long version with a six-cylinder engine of 9.8 litres, the most powerful version, designed for a total weight of 19 t. It features fashionable double headlamps, introduced in 1957 on the ZU 121. With this cab come the names of French landscapes, mountain passes and mountains. The heavy cab has since received the series name Izoard, after the Col de l’Izoard, located in the Southern French Alps at an altitude of 2361 m. In 1959, a new revision takes place, the high-end model “lzoard” is now 160 hp and is named ZU 122. After a deep facelift in 1962 and a technical revision with new diesel V8 engines, the series lasted until the end of UNIC production in 1976. 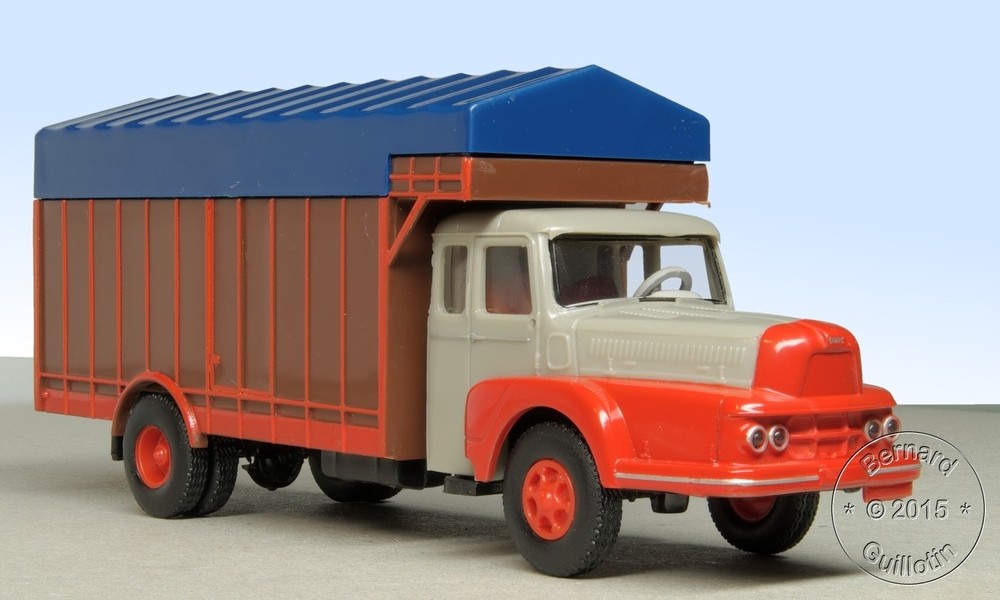