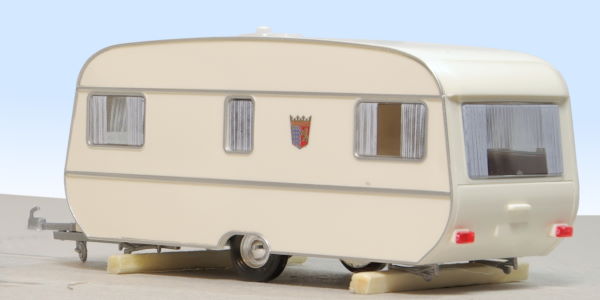 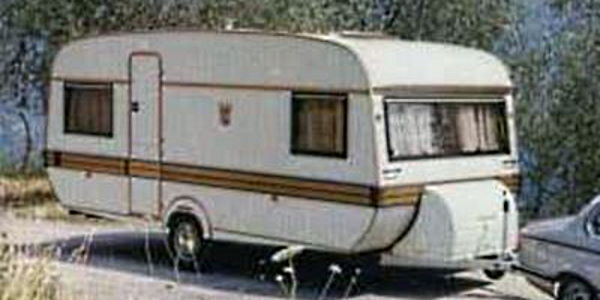 The new version has small curtains on the windows, unfortunately silkscreened on the outside: were they laid for transport?

According to the 2012 Busch catalogue, the caravan would date 1971. However, the given dates are sometimes fanciful. The model in photo dates 1980.

The model would be about the Comtesse 460 (beyond, the Comtesses have two axles). But none of the photos found correspond (position of windows, wheel arch, etc.). I rather think of the Exzellenz 520, though here the gas bottle cover does not match. 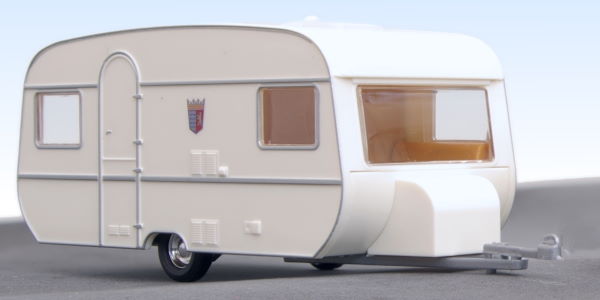 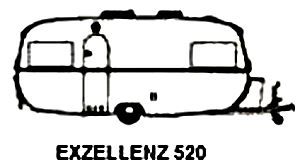