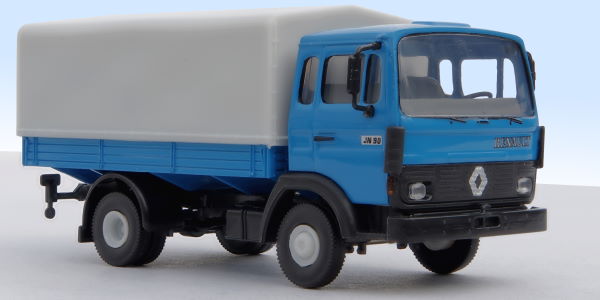 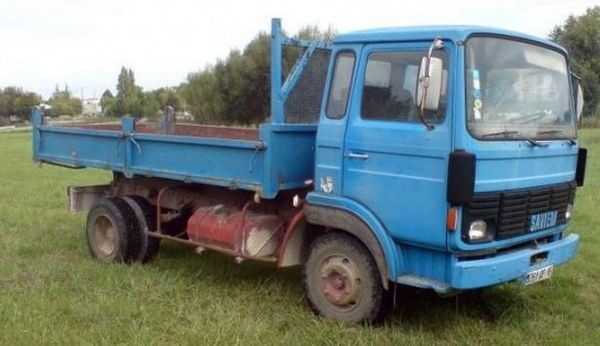 Globally correct, but errs by some details.

Headlights inserted, tail lights painted. The Renault diamond logo is painted. Wipers are simply evoked. The steering wheel is thin, but its diameter is too big. The tarpaulin is rudimentary. The rims have a “toffee” look rather unpleasant, and exceed the flanks of the tyres. The mirrors are supplied with a metallized face and are easy to mount, but their supports are too big.

The grille surround should be blue below; it was left black. The wings, the running boards and almost always the bumper should also be in the cab colour. If I believe some websites, and all the photos, there should be no deflector upright on the doors. In fact, this lorry is a Magirus disguised as Saviem.

The bed is fixed on the chassis by two unglued pins.

Attention: once the mirrors are mounted, the model can no longer be stored in its box with the thermoformed shim, unless cut.

Club of Four lorries
In 1975 the companies Magirus (Germany), Saviem-Renault (France), DAF (Netherlands) and Volvo (Sweden), presented a standardized series of medium-class lorries with a single cab, called “Club of Four”. Differences specific to each brand are found in the design of the grille, and especially in the engines. At the end of the 10 years (of the partnership?), DAF and Volvo came out of the cooperation and developed their own model in these weight categories. Magirus made its type, now called IVECO until 1991, while Saviem-Renault continued development until the late 90s. The model was very modern in its design and its production was characterized by the economic division and rational work between partners. 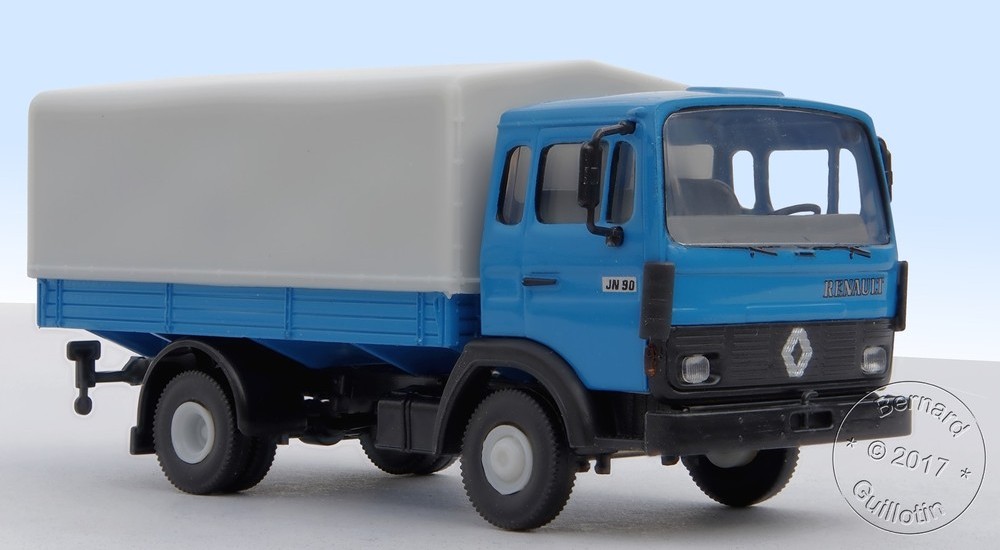