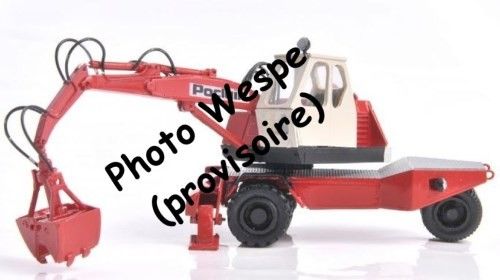 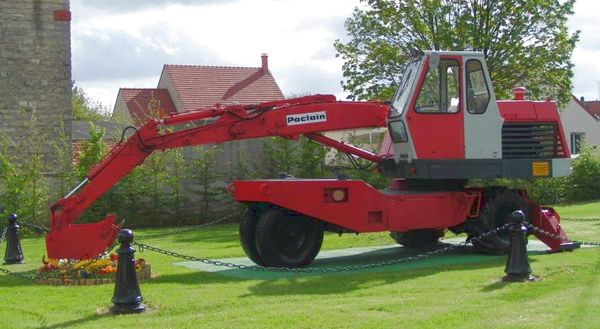 Moulded in resin. The jib swivels (with difficulty) and is articulated. On the other hand, the wheels don't roll.

From a distance, it looks nice, and it is much thinner than the following TC 45. The cab is furnished (seat and control levers, a little big). The bucket is articulated, and the hydraulic connections are rather thin. But…

As is often the case with resin models, the traces of moulding are quite visible (but despite everything, this moulding is of much better quality than that of the Haxo Griffet crane, produced as a kit and much more expensive). The assembly of the parts is approximate: the rear part of the chassis leans down, and its stabilizers are not painted. The turret, fixed by a large Phillips head screw, is crooked. The hydraulic jacks’ rods are simple iron wires vaguely wound on an axle. The decals are put crooked. The cab door should be red.

Without boasting, I think I would have done better mounting it by myself! It will be necessary to replace the articulation axles and the jack rods by brass or nickel silver rods, and perhaps the hydraulic connections in flexible material, which act as springs and prevent to set the jib at will, by wrapping wire.

The TY 45 is the best known Poclain hydraulic shovel. This machine was released in 1961, with a lot of demonstrations to the press and television. According to the generationdeux website (broken link), more than 15,000 units were sold. 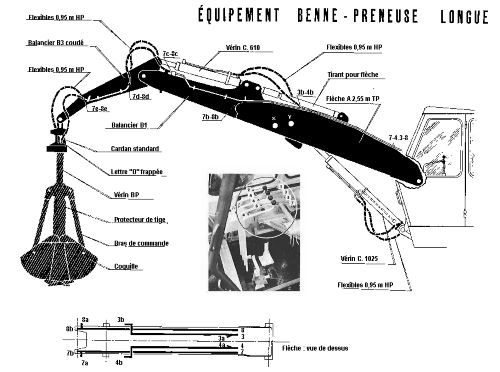 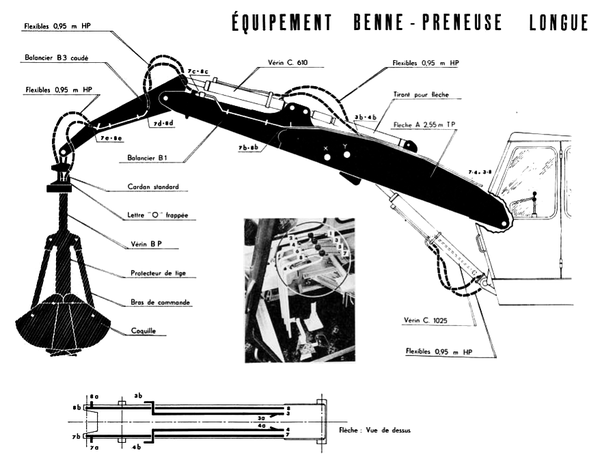