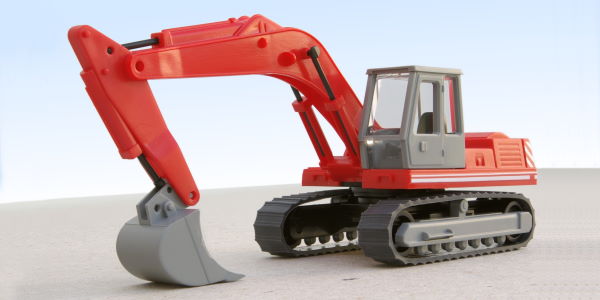 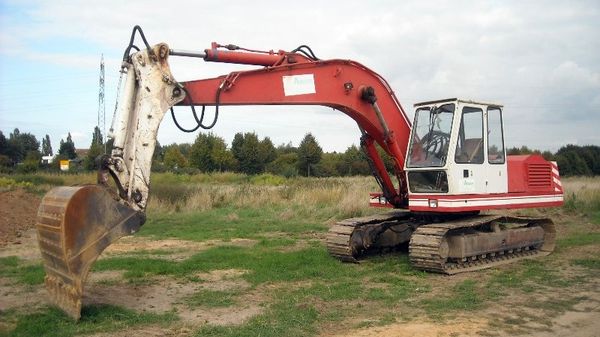 Functional, but the jacks of the jib came from moulding, which resulted in cheating on their position. Consider replacing them with brass tubes. For a more consistent arrangement of the jack fasteners, see the pictures.

Manufacturing period unknown because Wiking does not specify the exact type. On page 3 of the baumaschinenbilder.de website dedicated to the RH6, which is very similar to the Wiking model without being identical, we see a manufacturer’s plate dated 1978. Another page 6 is dated 1976. And there is an evolution until the 2000s.

The diagram of comparative dimensions shows a cab probably newer. The dimensions of the RH5 are generally a little larger. 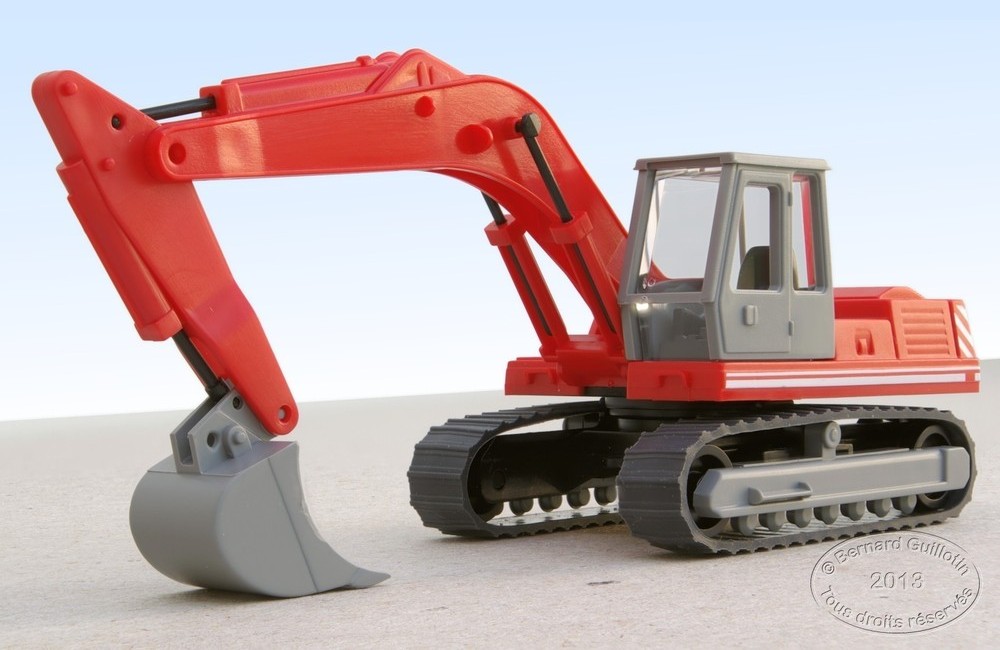 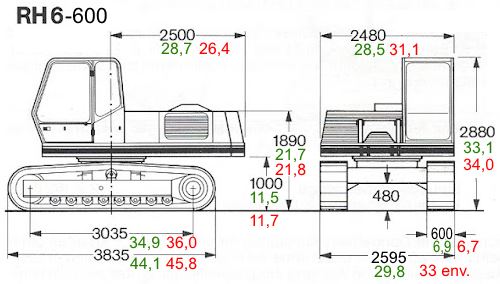